'I Now Pronounce You... Equal' - This Poster Has Captured The True Message Of The Marriage Equality Referendum

A group of students from Carlow IT have launched a campaign for marriage equality, after raising money through bake sales to fund posters for their campus.

The college's Students Union said that they have been inundated with requests from locals to place their 'I now pronounce you... equal' posters throughout the town ahead of the referendum on May 22nd. 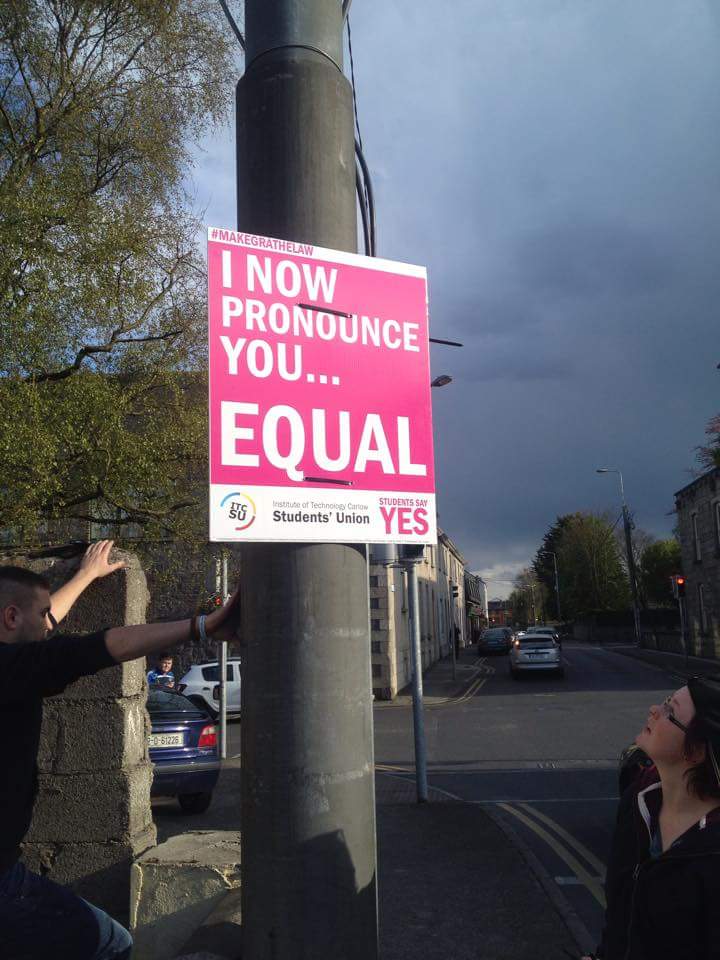 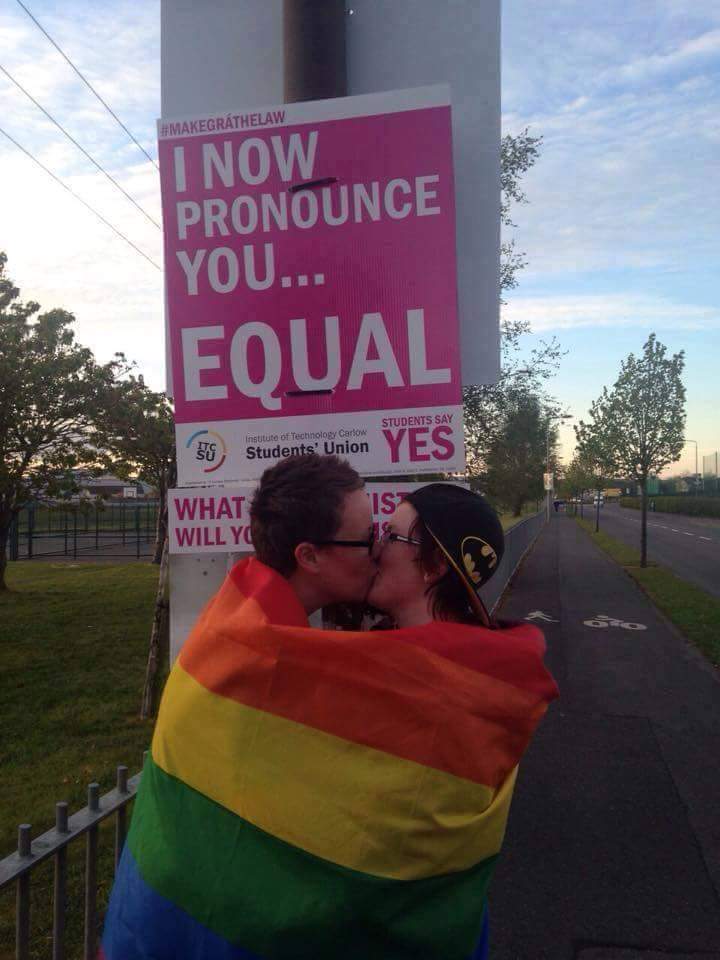 "One highlight was of a local secondary school student, running towards us almost in tears. He was so happy to see 'Yes' posters go up and he begged us to come to his school's road to put some up because he and his classmates were so upset by the 'No' posters there. He asked for a picture, had a quick chat and he left us, delighted," said a spokesperson for the group.

"Because he's only 17, he felt his voice was being unheard and he was powerless to react to the 'No' posters which he walked by every day. It might not sound like much but it reminded us of how important this referendum is, especially to the LGBT students who are watching as the country debates their right to civil marriage."

popular
QUIZ: How well do you remember 13 Going on 30?
Someone has ranked the penis size of men from all over the world
Kate Middleton has addressed the rumours that she's pregnant with her fourth child
The entire Twilight Saga is coming to Netflix this month, and we're so ready
QUIZ: How well do you remember The Lizzie McGuire Movie?
Gwen Stefani reportedly pregnant with baby number four
Here's how long sperm actually lasts for after sex
You may also like
3 days ago
Bewley's is set to open its doors... again!
1 week ago
Staycation scams: Warning issued for home holiday makers this summer
1 week ago
104 Pandemic Unemployment Payments cut following airport checks
1 week ago
Polar bears could be extinct by end of century due to climate change, predict researchers
1 week ago
"The best dad": Daughter of Mater doctor who passed away from Covid-19 remembers father's bravery
1 week ago
Taoiseach Micheál Martin apologises to Ruth Morrissey and family
Next Page