'Breaking bread with the boys' - If Jesus Had Snapchat

From what I know of the guy, he definitely had a decent sense of humour at a time where getting stoned meant something entirely different.

Let's pretend social media, specifically Snapchat, existed at the time of Jesus' crucifixion and subsequent resurrection. Double pretending, if you will. Add to that, the fact that Jesus was probably an absolute lad who eternally struggled to quench his insatiable thirst for banter.

Here's what he probably would've been Snapping.

Jesus 100% would've Snapchatted everything he ate because food was scarce and it is a rite of passage for any true LAD. 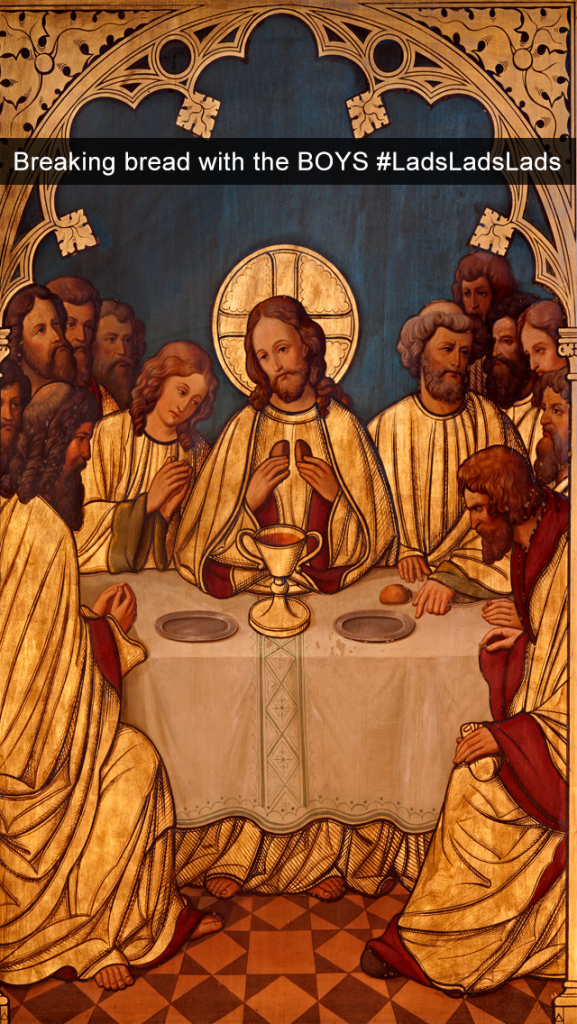 Jesus would've used Judas' weirdness to his advantage, constantly making a fool of him in the safe haven of Snapchat. Judas didn't have Snapchat, he was too busy being a snake and unnecessarily kissing people. 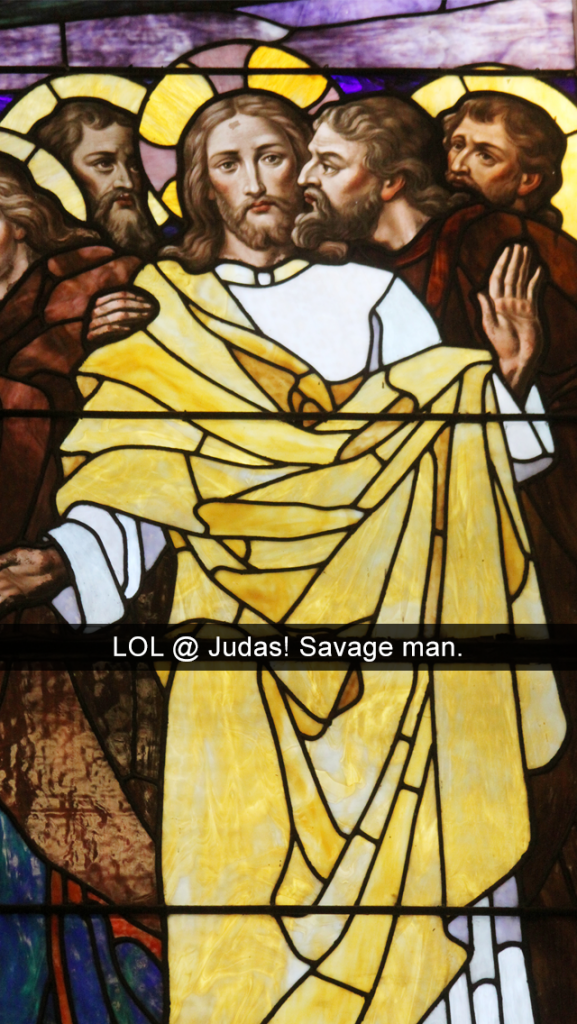 Classic random #LadsNightOut banter would've been documented on Snapchat because as we all know, if something funny happens and it isn't Snapped, it never truly happened. 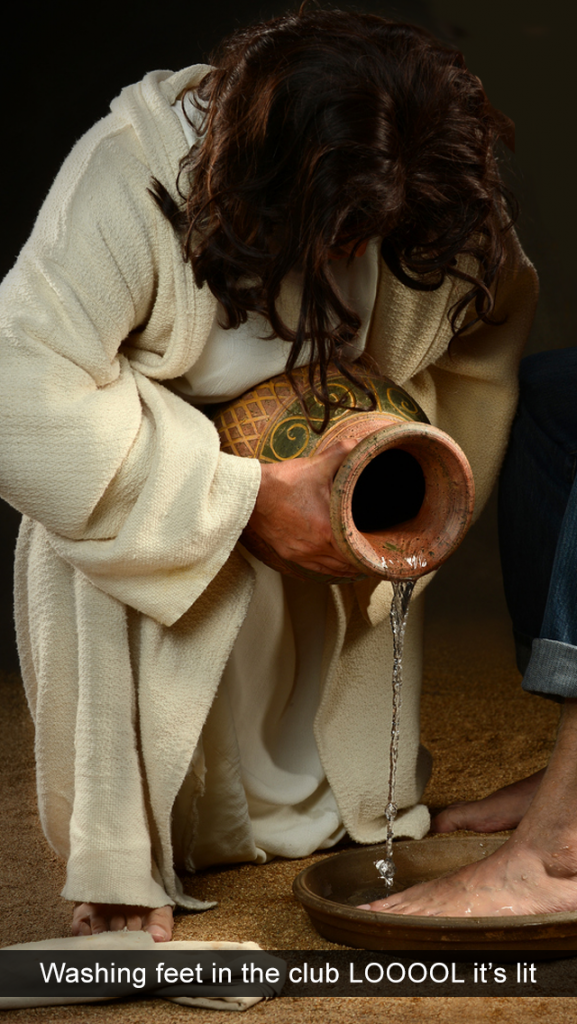 Spade a spade, there's a high chance that Jesus dabbled in being a f**kboy. It was the lads' influence, he wanted to remain pure and holy, but a man needs to get his kicks. 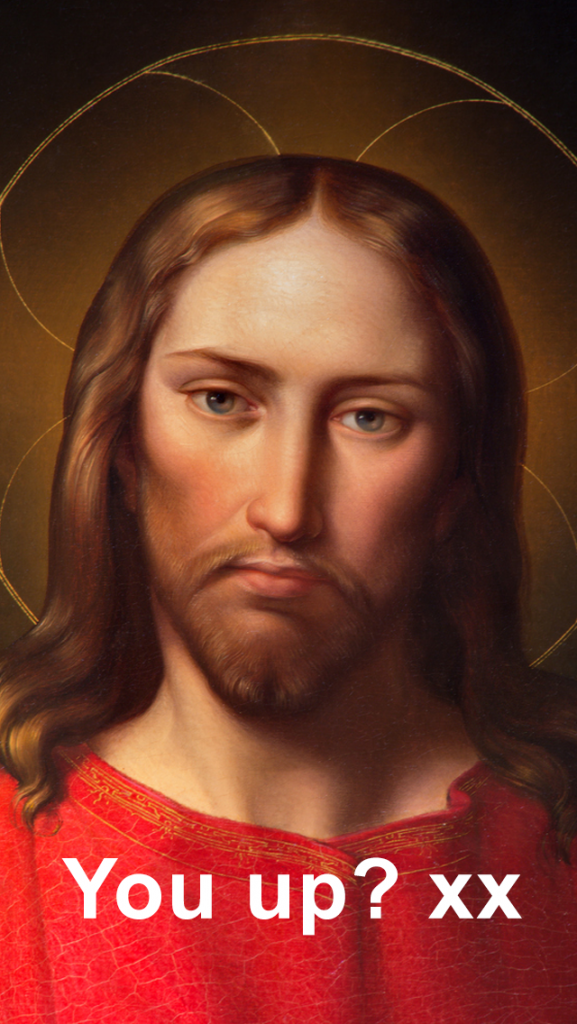 I can't apologise enough for this one. Sincerely, I'm sorry. 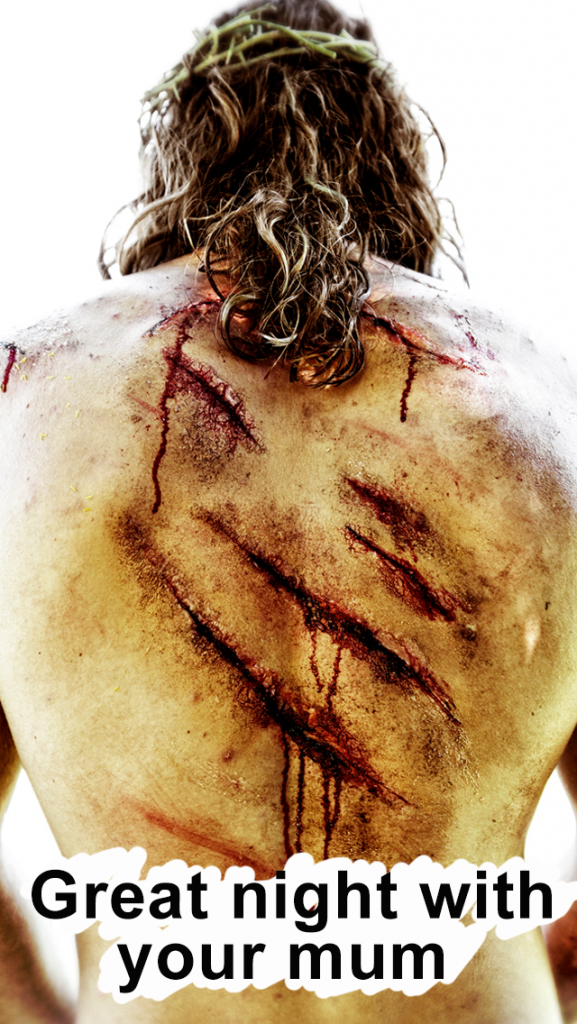 Where did Jesus get all his loin cloths? Obviously he had to go into town and buy them, just like the rest of us. But did he enjoy it? Did he fuck. 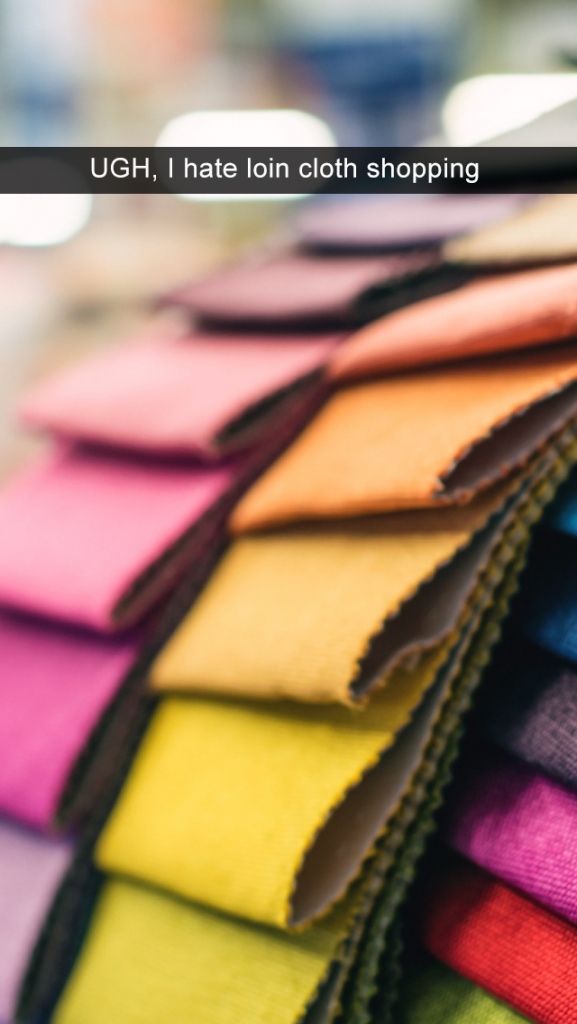 Jesus' magical powers, much like Harry Potter's, were always a source of #top #lad #banter. He'd order tap water in every restaurant as the apostles would erupt with laughter. Those waiters would've barely turned their backs and there'd be a toasty Merlot plonked on the table. 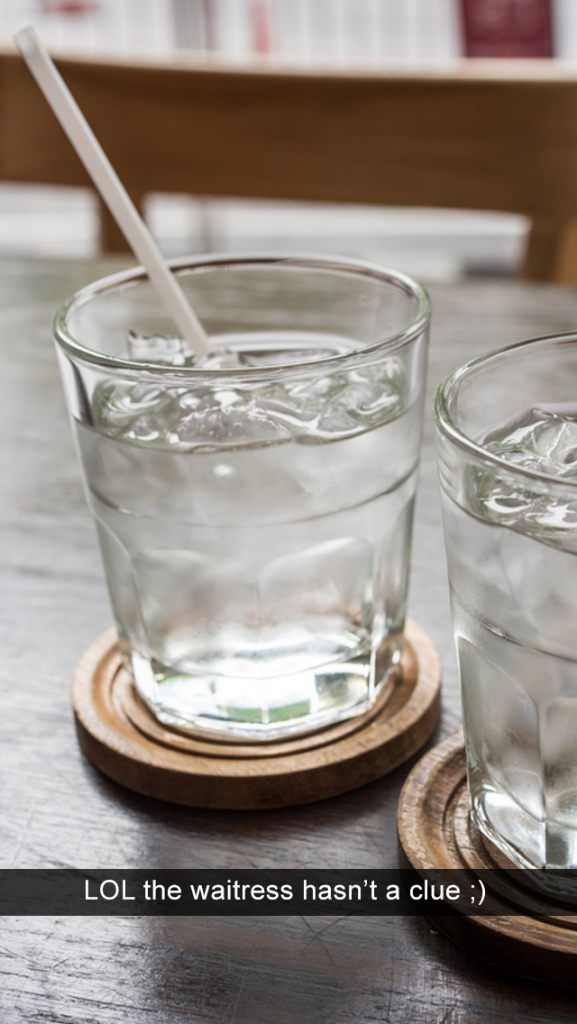 As the original #influencer, Jesus would've likely been approached for many sponsorship deals, but ever the realist, he would only enter partnerships he truly believed in. 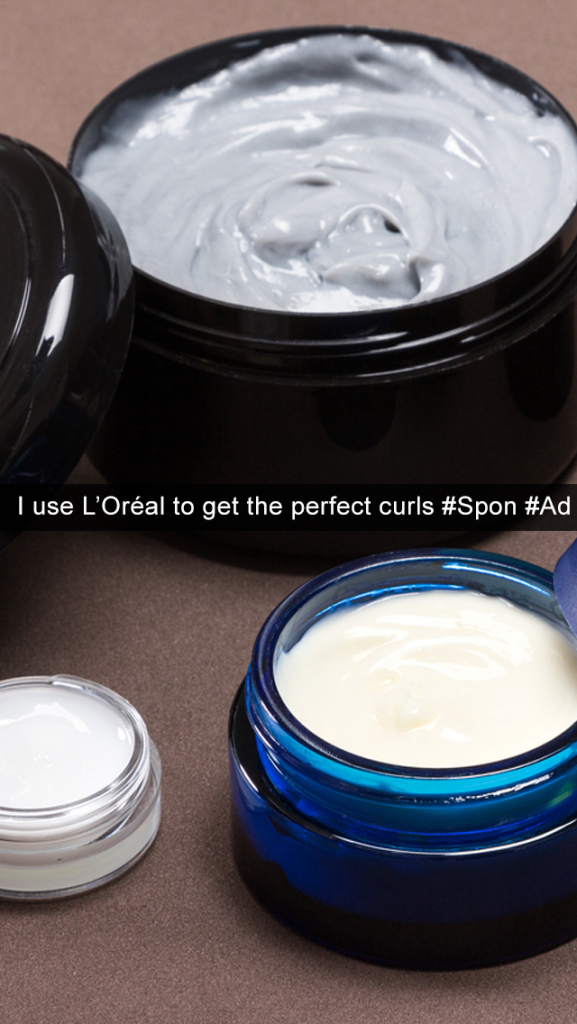 The irony of many of Jesus' hobbies would've only come to light after his passing, but that doesn't mean we can't retrospectively have a good old LOL at them now. 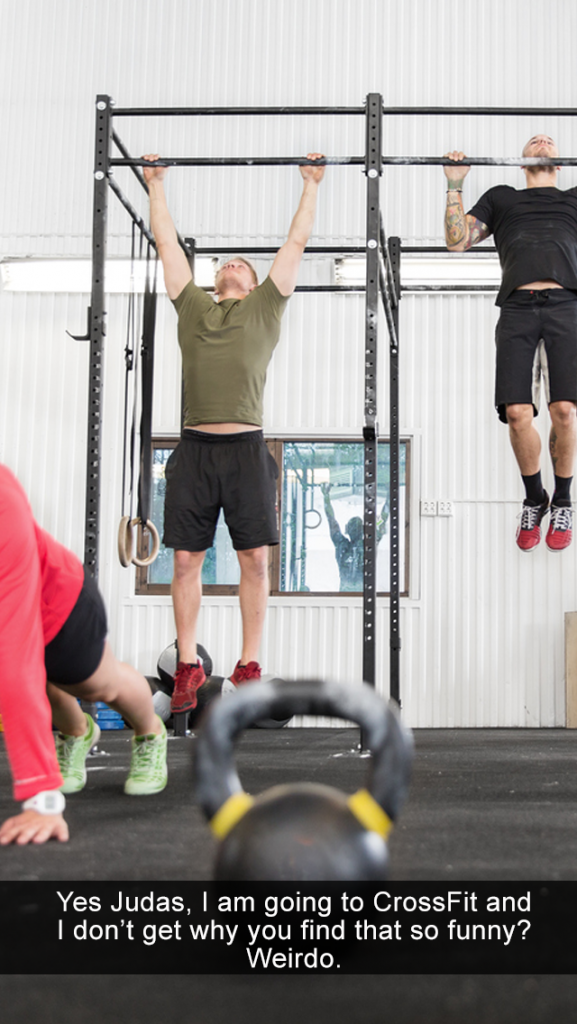 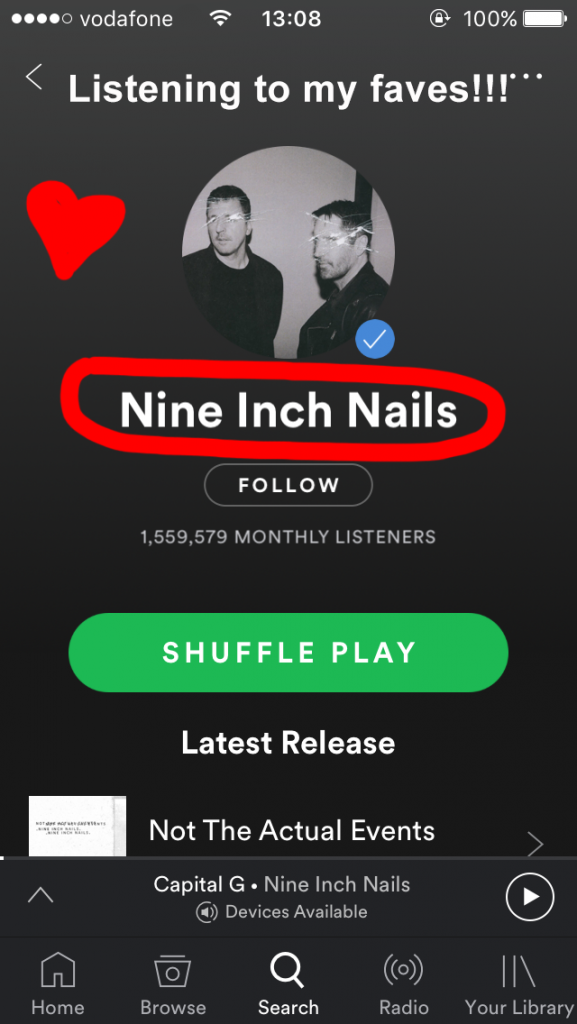 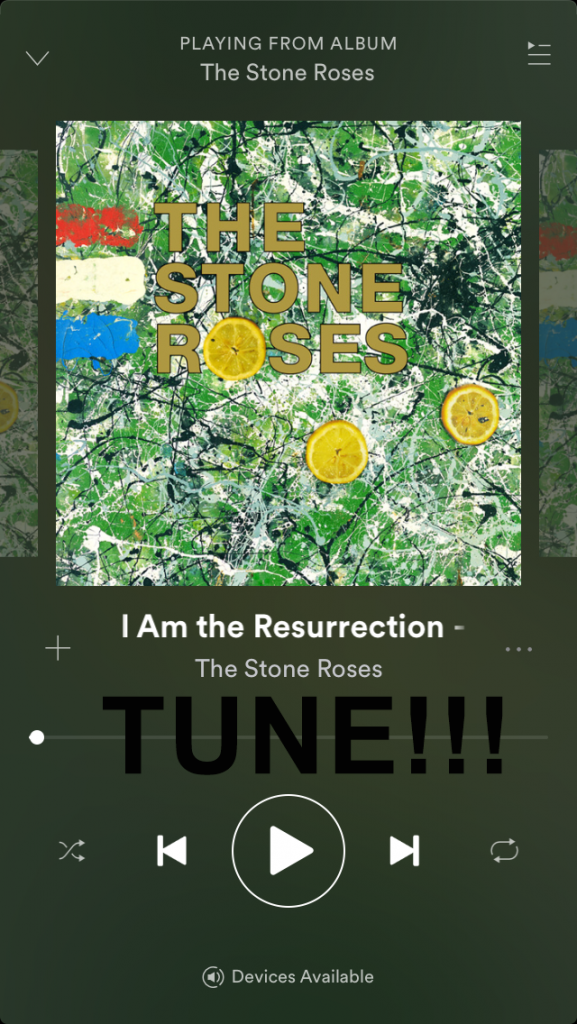 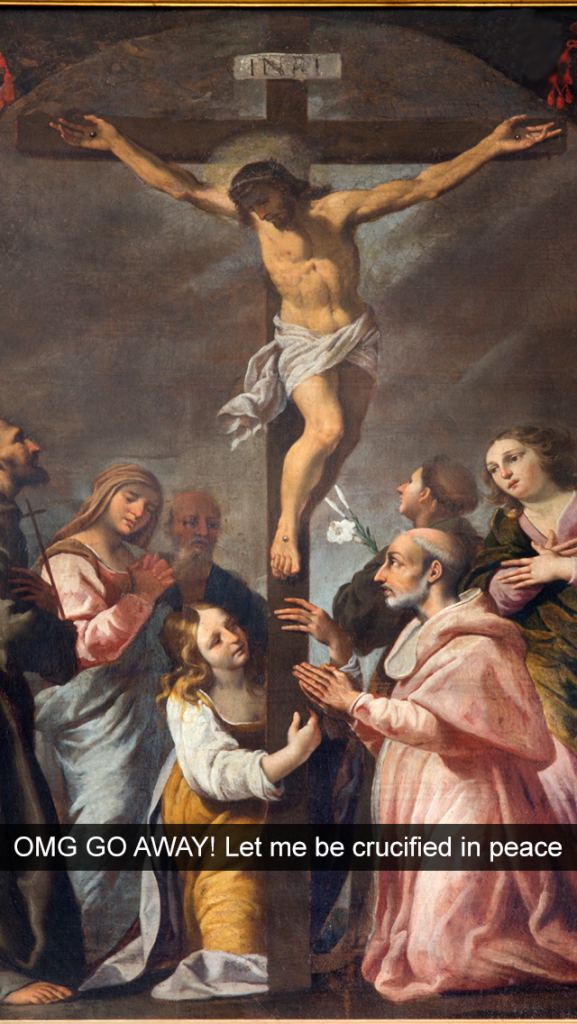 His optimism was always a big part of Jesus' Snapchat. Even when he was literally nailed to a cross, he still managed to find the silver lining <3 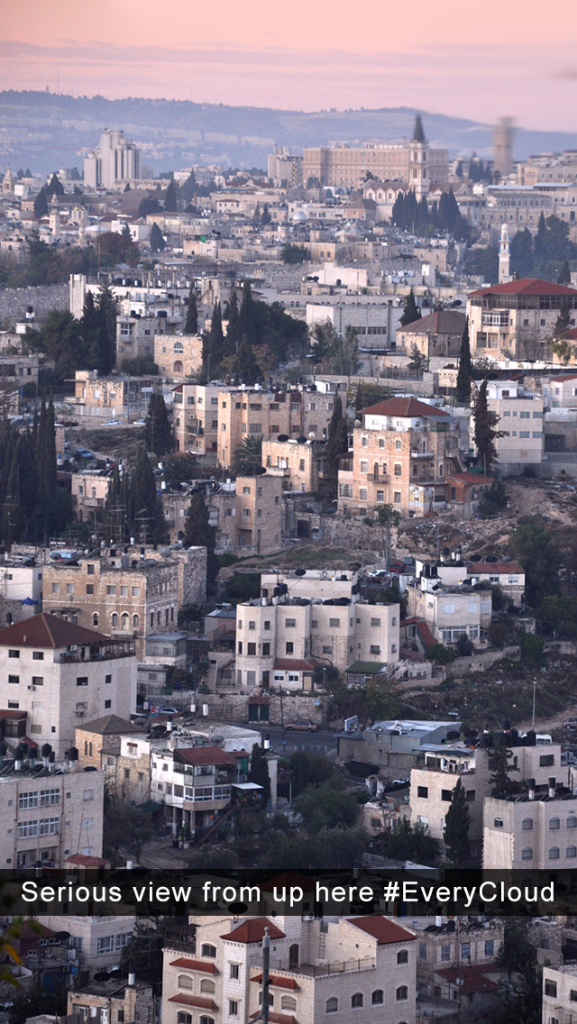 Shocked at how his iPhone battery managed to last for three days, Jesus' Snapchat friends quickly forgot this continuity error as they were invited to share a beautiful moment with J-Dogg. 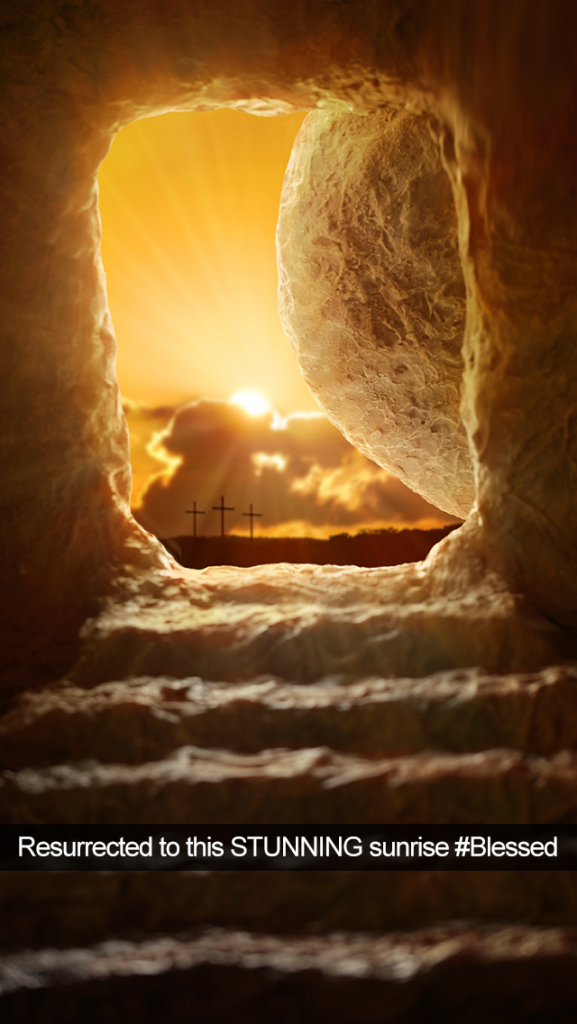 Nobody was more surprised by his resurrection than his Snapchat followers, that's for sure. They were the first to find out and this final image was actually his most screengrabbed Snap ever. 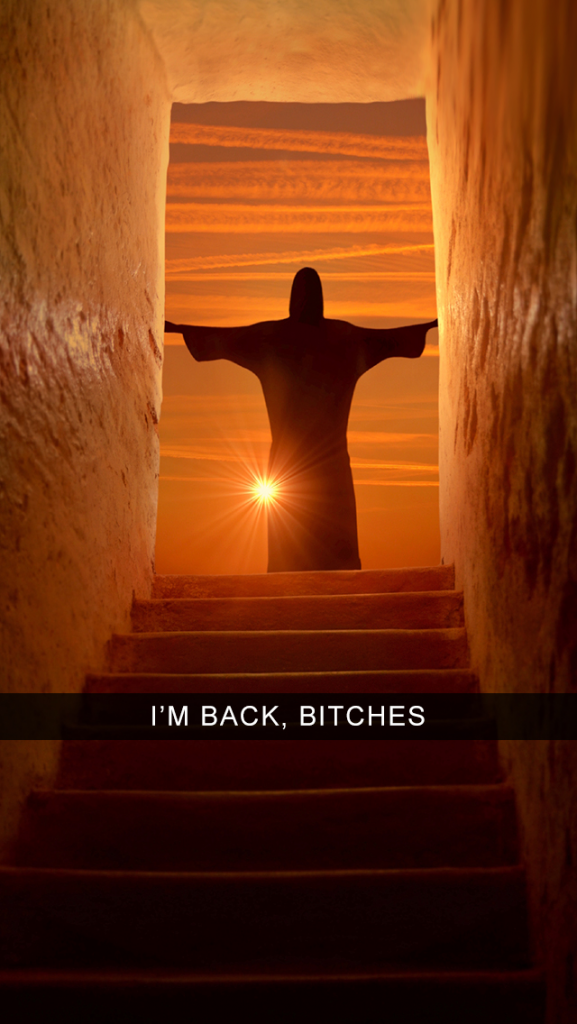 popular
Women are rinsing their hair in apple cider vinegar – and the results are amazing
Woman hospitalised following stag attack in Co. Kerry
Worried about a loved one? Here are 5 signs of suicide to look out for
And Just Like That... episode 8: Nobody saw this one coming
"Hair contouring" is about to be huge, here's everything you need to know
People are only realising Kendall Jenner and Gigi Hadid are related and the reactions are gas
Emmerdale actors Max Parker and Kris Mochrie announce engagement
You may also like
1 week ago
Government to consider new bill around issue of harmful online content
1 month ago
Everything you need to know about Instagram's new 'take a break' feature
3 months ago
9 of the best memes from when Instagram and WhatsApp were down
3 months ago
Facebook, Instagram and WhatsApp down as outage hits for hours
4 months ago
Hallelujah! Britney Spears returns to Instagram
2 weeks ago
Parents rejoice, Aldi’s baby and toddler event is back this month
Next Page