Struggle every morning? This could be the reason why you hate the AM so much

There are morning people, people who don't really like mornings, and then... there are people who just cannot.

Those warriors that will sleep through their alarms, are constantly late, and CANNOT string a sentence together until at least 11am.

If this is you, you may think it's all in your head, and we have been frequently led to believe that being a "morning person" is all about your attitude. 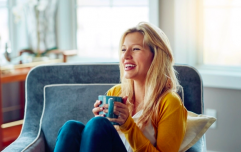 END_OF_DOCUMENT_TOKEN_TO_BE_REPLACED

Next time you're told to "cheer up" before 10am, refer to this survey which revealed that whether or not you are a morning person is all in your genes.

Research published in the journal Nature Communications, revealed that your genes play a huge part in your sleep cycle pattern.

According to the Irish Times, thousands of saliva samples were analysed for the research which found that those who identified as "morning people" having 15 common single nucleotide polymorphisms.

This suggests that how you cope in the morning is, in fact, inherent.

The good news is that "morningness" increases with age, with 63.1 per cent of over-60s saying they are morning people compared to just 24.2 per cent of under 30s.

popular
Vicky Phelan says she wants to pass away in holiday home "for the kids' sake"
Rob Kearney and Jess Redden arrive at wedding venue ahead of big day today
Irish man in his 20s dies after being kicked by a horse
Here are the new restrictions being considered for Christmas
Nphet recommend concerts to be reduced by half until January
These are the most popular baby names for 2021
Tributes paid to 29-year-old Irish woman who tragically passed away on holidays
You may also like
3 days ago
Vicky Pattison thanks fans for support after doctors find ovarian cyst
1 week ago
Booster vaccines set to be given to anyone over 16
1 week ago
X Factor's Katie Waissel updates fans after suffering heart attack
1 week ago
Hollyoaks' Jorgie Porter shares pain of miscarriage of quadruplets
1 week ago
Goodbye sniffles: 5 easy ways to give your immune system a boost this winter
3 weeks ago
Lynsey Bennett shows progress over past year in emotional video
Next Page