If You Think These Tablets Are Grey, Your Eyes Could Be Playing Tricks On You

First it was ‘The Dress’.

Was it blue and black or white and gold? 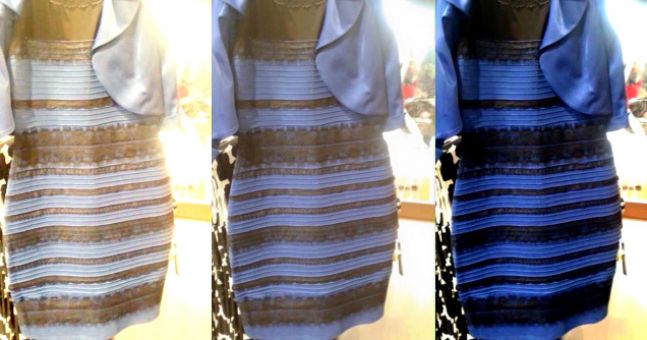 END_OF_DOCUMENT_TOKEN_TO_BE_REPLACED

One thing we do know is that it was the most insanely annoying debate that raged on.

Why people were seeing it as different colours – and adamantly so – seems to come down to how your brain interprets the light coming into your eyes.

The hype surrounding the controversial garment may have finally died down, but now there’s a new optical illusion dividing the masses.

While some of us see the two tablets as grey, others see one red and one blue tablet in the palm of each hand.

It seems there’s some mixed debate on the issue, with the picture now doing the rounds online:

me n gabby are fighting over this, what colour are the pills? pic.twitter.com/ItXp6SbOhC

The blue & red pills, what colour are they? Just seen this on Facebook it's gonna be like the black and blue dress?? pic.twitter.com/l84CXAtgd8

Serious question. What colour are the pills? I see both grey but my mom sees blue and red pic.twitter.com/HxrD0AuT72

Guys what colour are the pills? Sometimes I see grey & sometimes they're red/blue ? pic.twitter.com/G9HzDLGvTN

What colour are the pills? Some say blue & red, some say grey... tbh I say whoever makes these can go do one but yh pic.twitter.com/OAMy3AMIl6

We’re still debating it at the table, but so far there’s a grey and red… we have yet to spot the blue.

popular
Netflix's true crime series Sins of our Mother is seriously insane
So, William and Harry have a step sister... and who knew?
Actor and Wife To Divorce After 23 Years of Marriage
Why Are Men so Obsessed With Boobs? The Answer is Pretty Surprising...
You’ll Never Guess Who the Richest Actor in the World Is…
23 shows with four or more seasons to watch on Netflix
A Criminal Minds re-boot is happening – and here's everything we know
You may also like
4 months ago
Gogglebox star Mary criticised over Boris Johnson comments
5 months ago
Irish influencer Claudine Kehoe welcomes her first child
6 months ago
Facebook and Instagram down amid social media outages
6 months ago
David Beckham hands over his 71 million followers to Ukrainian doctor
6 months ago
Kanye West has finally been suspended from Instagram
8 months ago
Government to consider new bill around issue of harmful online content
Next Page