"You’re almost always watching your back thinking this was all a mistake."

Lately, people have been calling Aoife O'Brien 'The Imposter Lady.'

Not because she's pretending to be somebody else, or because she's some sort of fraud - but because she's been generating a lot of chat about the potentially debilitating and incredibly common phenomenon, imposter syndrome.

END_OF_DOCUMENT_TOKEN_TO_BE_REPLACED

Imposter syndrome is a psychological pattern that causes a person to doubt their expertise, skills, and worth.

Often associated with feelings of fraud or failure in the workplace, the syndrome internalises ideas of inadequacy, anxiety, and the sometimes unshakable feeling that you just don't belong.

According to a 2017 study, up to 70 percent of the US workforce will experience imposter syndrome at some point over the course of their careers.

And despite this, there are so many of us who have never even heard of it. 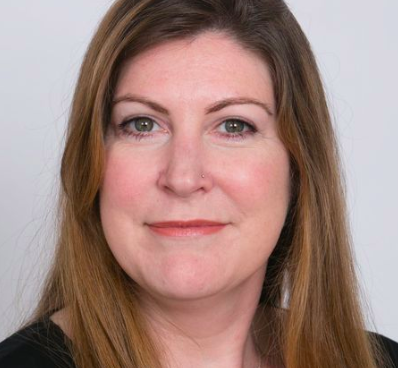 END_OF_DOCUMENT_TOKEN_TO_BE_REPLACED

Aoife first experienced imposter syndrome when she was working in Australia.

She had asked her employer for a specific amount of money, and suddenly found herself receiving a seemingly out of the blue promotion - one that both evoked a sense of pride... and made her question her own abilities.

END_OF_DOCUMENT_TOKEN_TO_BE_REPLACED

"Imposter syndrome showed up for me a few times and that was why I related to it so much," she says.

"When the promotion happened, I was looking around thinking: 'What am I doing here, why do I deserve this? It was so unexpected.

"I was doubting myself and my own abilities. You’re almost always watching your back thinking this was all a mistake, a clerical error, and that they’re going to notice sooner or later and realise that you don’t deserve that money at all.”

When Aoife returned to Ireland, she decided to set up her own business and become an empowerment coach.

As a performance coach, she helps other people get the most out of their careers, their employees, and their businesses, giving them confidence to excel in their field.

However, being able to give clients the skills to believe in themselves didn't mean that Aoife didn't still have her own self doubts.

"Launching my own business impacted me a lot as well because you’re just like, 'Who am I to be talking about this and helping other people?'" she says.

"But you don’t realise that you actually know a lot more about a subject than other people do." 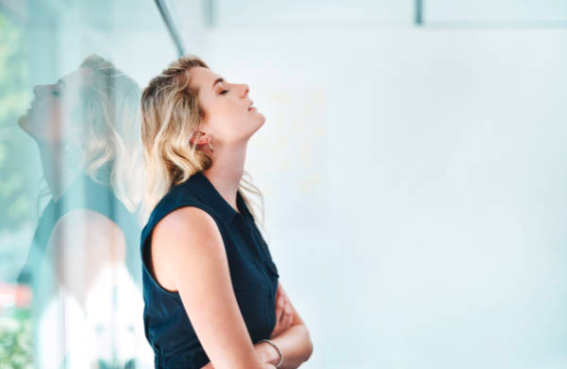 Overcoming imposter syndrome involves examining your ways of thinking and reshaping that thought process into something that is energising rather than debilitating.

Aoife encourages her clients to use the 'ABC' method when taking the first steps to overcoming imposter syndrome.

'A' is acknowledging that you have imposter syndrome and recognising that the thoughts you're experiencing are simply "a story you're telling yourself."

'B' is finding belief inside of yourself, and 'C' is a call to action or, in other words, "making something happen."

Aoife suggests using daily affirmations or mantras as a means of reorganising your thinking and increasing self-belief.

"These can be empowering and reinforce the belief that you deserve to be there," she says.

"It can even be courageous to sometimes have that conversation with your boss. Ask for some straightforward feedback, ask them to explain what you do well, or what achievements you have.

"Or if you don’t feel like you can ask your boss, ask your friend. Ask what you’re good at, what makes you unique and different from everybody else."

She says that after she shared a LinkedIn post about imposter syndrome, her inbox was flooded with men thanking her for putting a name to what they had been experiencing.

"A lot of people think they’re the only ones which makes it harder to relate to other people," she says.

"You’re judging yourself and it seems as if everybody else is getting on with things, like they don’t have all of this self doubt - but a lot of people do.

“I think women do experience imposter syndrome a lot more, but it could be that a lot of men simply don’t have the words to say that they do as well.”

You can find out more about Aoife and her empowerment coaching here.

popular
Penneys has a perfect dupe for Charlotte Tilbury's Flawless Filter foundation
Gemma Owen gets to know Jack Keating as her head turns on tonight's Love Island
Airport outfits are all the rage as we head abroad - here are the 4 best ones
So it seems Ekin-Su once competed as Miss Ireland before Love Island fame
WATCH: The moment dad attacks 3-year-old son's suspected murderer in court
Andrew and Dami both steal a kiss on the terrace on tonight's Love Island
We finally know when summer heat will hit Ireland
You may also like
3 days ago
Love Island's Gemma finally tells villa about dad Michael Owen on TV
6 days ago
BBC Radio 1’s Adele Roberts announces she is cancer-free in emotional statement
2 weeks ago
Double-decker aeroplane seats could become a thing soon, unfortunately
1 month ago
Johnny Depp performs in Sheffield as he awaits verdict in defamation case
1 month ago
Wagatha Christie: Rebekah Vardy storms out of court just 30 minutes into final day
1 month ago
Pirates of the Caribbean creators not ruling out Johnny Depp's comeback despite trial
Next Page