Things you absolutely love to see.

Two influencers have had their passports seized in Bali after filming a prank at a store in which one of them painted a mask on their face to try and fool shoppers.

Leia Se was filmed by Josh Paler Lin with a protective mask painted on to her face. The pair walked around the shop attempting to avoid being called out by shoppers. 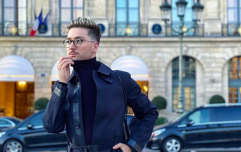 Spilling the tea! Rob Kenny on what life as an Irish influencer is really like

END_OF_DOCUMENT_TOKEN_TO_BE_REPLACED

Se painted her face to make it look like she was wearing a blue disposable mask. Unsurprisingly the video was criticised online for its stupidity.

However the two of them have now received more than online criticism.

The Indonesian government have confirmed that the pair have had their passports seized and that authorities are considering deporting them. Lin has been identified as a Taiwanese national, and Se is Russian.

I Putu Surya Dharma, a spokesperson from the regional office for the Ministry of Law and Human Rights, said that Public Order Agency (Satpol PP) officers would be questioning the influencers.

Per Coconuts Bali, he said: "After that they will be examined together with Immigration to take the decision on whether or not to deport them."

Meanwhile the head of Bali Civil Service Police said that they planned to issue a letter recommending that the two be deported as their actions violated expected behaviour.

Dewa Nyoman Rai Dharmadi said: "They are not only violating, but deliberately provoking in public, so it’s only proper to sanction them more severely, not just with a fine but also deportation." 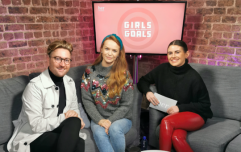 END_OF_DOCUMENT_TOKEN_TO_BE_REPLACED

Bali's mandatory mask rule means that foreign nationals receive a fine of IDR1 million ($68.76) the first time they are caught without masks, while a second violation may subject them to deportation.

The pair of influencers have now released a grovelling apology video alongside their legal team. In the video they say that their prank was not intended to disrespect the mask rule or to encourage others not to wear masks, but to "entertain people".

Girls With Goals || Her · Ep.160: The Beauty Of Coaching - Hayley Harrison joins us from Sport Ireland
popular
Someone has ranked the penis size of men from all over the world
The countdown is on! 10 things we'll be racing to Penneys for when they open
Irish company launches 1.5 litre wine 'Bagnum' - a magnum in a bag
ASOS is selling moob tubes and we all know someone who'd wear one
Here's what happens on every day of your menstrual cycle (roughly)
Man discovers 'fake cupboard' in kitchen is actually a dishwasher
Love is dead... Shakira and her husband Gerard have reportedly split
You may also like
11 months ago
'I'm not posting continuous pictures of my face' Niamh Webb O'Rourke on the evolution of blogging
1 year ago
Roz Purcell : 'Every week I question why I'm on social media'
1 year ago
Beauty lovers rejoice! Arnotts has a line-up of beauty events you don't want to miss
1 year ago
Aideen Kate just created the most INSANE beauty look inspired by Taylor Swift
1 year ago
'Baby Faces is here!' Grace Mongey has given birth to her second child
2 years ago
Instagram is going to start hiding the amount of likes that a picture gets
Next Page