"It's the perfect party house!"

Get ready to be inspired. This week on Interior Motives we take a look around stylist Courtney Smith's stunning house in Dublin.

Over the last year Courtney has been renovating her new house, which she shares with her boyfriend and her Rottweiler Lexi, into the ultimate oasis. We get total Venice beach vibes from this place and it just goes to show you can bring the sun to Dublin all year round with a nice touch of bohemian style. 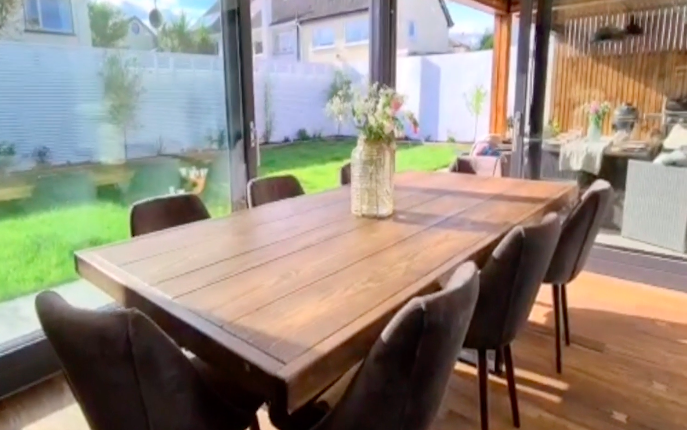 Before they started to upgrade their house, Courtney says the kitchen was "very bland, all the walls were painted cream and we think it was just a living room and a sitting room in one." 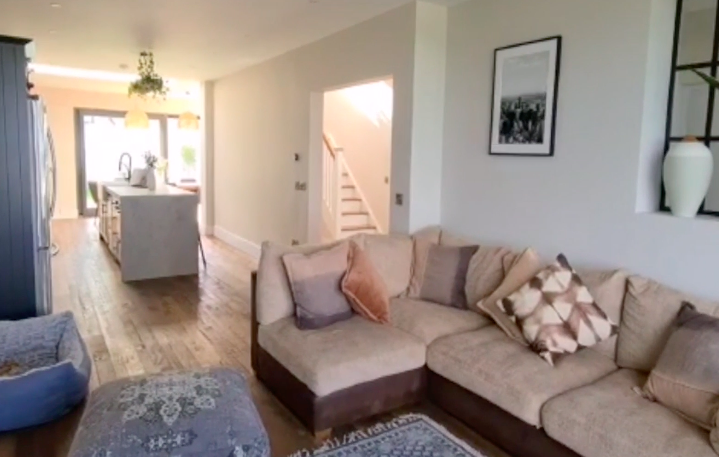 She and her boyfriend decided to move the kitchen to the opposite side of the house to utilise the space better. "The most thought went into this room when it comes to the structure and design," she says.

The inspiration behind the decorating comes from her love of boho and her boyfriend's love of the industrial feel. "I love a more bohemian trend, so we wanted to merge the two fo those together."

You can definitely feel the industrial style in the kitchen with some big chunky features like the stove and the dark colours, it is "almost kind of manly aesthetically but then it's got the softer bohemian touches as well."

@courtneysmithstyle shows us around her stunning boho/industrial style home. She tells us about some of her favourite pieces in her kicthen which is filled with plants... and lasagne.

Courtney's favourite pieces include the giant counter top in the centre of the kitchen. "I love the counter top because it's quite a statement feature," she says. "I really wanted a concrete counter top but they are extortionately expensive so we found this instead and it's also much more durable."

The house also has a stunning back garden area where Courtney loves to entertain guests. It's also covered so even when it rains they can still enjoy their boho inspired space. She calls it the perfect "party house" and we couldn't agree more.

When can we come over for a few glasses?!

popular
Corrie hit with Ofcom complaints after face masks removed in hospital scene
Aldi is selling a €20 coffee machine that's designed to "Brew and Go"
Yellow rainfall weather warning issued for seven counties
Why Are Men so Obsessed With Boobs? The Answer is Pretty Surprising...
A new €1.3 million stargazing experience opens in Co. Tyrone next month
Someone has ranked the penis size of men from all over the world
'Beard-baiting' is now apparently a dating trend - and we're all for it
You may also like
1 month ago
Stylist and interior designer Sooby Lynch shows off her house
2 months ago
Interior Motives: Our new interior series has launched and just wait until you see what we have in store
2 weeks ago
Leaving Cert students can go to Tayto Park for half price this Friday
3 weeks ago
South Dublin pub offering a free glass of vino for a swim
3 weeks ago
Starting college in 2020? Here's a living essentials guide to help you out
3 weeks ago
Dublin’s first cocktail village has opened in Roe & Co Distillery. See you there?
Next Page