A gin parlour with 500 varieties of everyone's current favourite tipple.

Yes, a venue hosting a space that's been described as 'Ireland's biggest gin parlour' is opening this month and we might be a little excited.

There's no denying the popularity of gin in recent times and although some people might be over the craze, it's still a very big deal in Galway. 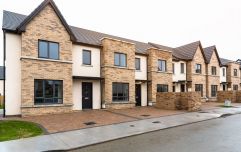 Buying your first home in near one of Ireland's cities? Don't miss this free event

END_OF_DOCUMENT_TOKEN_TO_BE_REPLACED

So much so that Hyde, a new bar in the city centre, is opening on April 27 and we have a feeling it's going to be a huge hit with both locals and tourists.

Hyde wants to do things a little differently and their Gin Bible is sure to be a huge hit, explaining the extensive list of gins and the country each one originates from.

When you get a delivery it's always exciting. When that delivery is our gin bible it's even more exciting #Gin

One of the gins on the list is Unicorn Tears Gin and with a name like that, you just know people are going to be snapping and gramming photos galore.

The taste is important too and this one is described as a bittersweet gin experience and wait for it, it has an iridescent glittery appearance.

There's also a 'flower wall' containing over 7,500 flowers which will be the focal point of Hyde and again, you'll be seeing a lot of that on social media.

Our flower wall is almost there. Now for the install next week. #ComingSoon #Galway #Flower

The whole venue sounds like Instagram perfection with graffiti artist Kathrina Ruperit designing the striking murals which adorn the walls of the city's newest bar.

If you're not into gin, fear not because there's also a cocktail menu, local craft beers and Japanese beer on draft.

As a Galway native, I might be a little biased when it comes to the City of the Tribes but I'm not the only one with a lot of love for this particular county.

It has a long list of must-try eateries and atmospheric venues with Hyde Bar & Gin Parlour, located on Forster Street, likely to prove a popular spot for summer 2018.

popular
Traditional names such as Mary, Maureen, John and Michael may soon be extinct
Kylie Jenner fans are convinced she just announced her son's name
The 2 Johnnies share unbelievable catfish ordeal as woman 'targets 40 people'
Pink just announced she was pregnant in gorgeous image
Kevin Spacey charged with four counts of sexual assault against three men
Why Are Men so Obsessed With Boobs? The Answer is Pretty Surprising...
Ed Sheeran Releases Brilliant New Video For 'Bloodstream' Featuring Ray Liotta
You may also like
1 month ago
Galway camogie player who died during game named as Kate Moran
1 month ago
Woman in her 20s dies after camogie accident
6 months ago
Tributes paid to 21 year old student killed in road accident
7 months ago
Young woman suffers serious eye injury after being struck with a firework in Eyre Square
8 months ago
Seven people hospitalised after huge fight at Tuam cemetery
8 months ago
Galway wheelchair cover company announces new Disney collab
Next Page