If you've never been made feel uncomfortable in a bar, congratulations because you are one of the lucky ones.

It's probably not unfair to say that no matter what club you're in with however many people, sexual harassment and sexual assault are common occurrences.

That's why this Limerick bar have launched an initiative to try to combat sexual harassment and make sure that everyone feels safe while they're drinking there.

Pharmacia's 'Ask for Angela' campaign gives people the opportunity to get out of a bad date, a dodgy encounter, or avoid unwanted attention without needing to cause too much of a fuss. 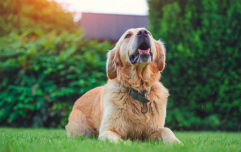 Woman sexually harassed by boss saved by dog, proving animals are in fact better than humans

END_OF_DOCUMENT_TOKEN_TO_BE_REPLACED

According to the bar's Facebook page, if occupants are feeling uncomfortable or harassed they can approach the bar, ask for 'Angela,' and alert staff that something not-too-sound is going on.

Staff will then call a taxi or help out in whatever discreet way they can. 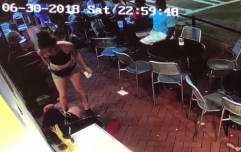 END_OF_DOCUMENT_TOKEN_TO_BE_REPLACED

Although Pharmacia say that the service should primarily be used for "bad dates," they specify that both men and women can also Ask for Angela if they feel uncomfortable in the bar in general.

They also say that although they have "yet to deal with this issue," they feel it's important to have the procedure as a "safety net."

"It's unfortunate that posts like this are necessary but sexual harassment happens more than we realise and will not be tolerated.

"Please do not think it's any way funny to use this as a joke with our staff or it will be impossible to tell when to take real action."

Pharmacia's initiative has been widely praised on Facebook with users saying that it's a great idea.

popular
Wagatha Christie: Rebekah Vardy storms out of court just 30 minutes into final day
Only a matter of time before monkeypox spreads to Ireland, says expert
Claire Byrne Live viewers in shock as woman shares family DNA secret
Why Are Men so Obsessed With Boobs? The Answer is Pretty Surprising...
Denis Sulta had a cameo in Derry Girls alongside his girlfriend Saoirse-Monica Jackson
Surprise! Ed Sheeran announces he and wife Cherry have welcomed baby #2
Dog owners warned about the "big stretch"
You may also like
6 months ago
70% of employees in arts industry experience "harmful behaviour"
9 months ago
80% of Irish kids aged 13-17 have experienced sexual harassment
3 years ago
Parents remove children from Kerry school amid claims they were groped by fellow pupil
4 years ago
Ashley Judd suing Harvey Weinstein for sexual harassment and damaging her career
4 years ago
Robin Williams 'groped and flashed' his co-star on set, she claims
4 years ago
The simple way Paris is tackling sexual harassment on public transport
Next Page