For the latest in our series of editorials focusing on Irish Women in Business, we’re talking to Iseult and Aoibheann from foodcloud, a charity app matching local charities to surplus foods in its community.

The foodcloud app allows Tesco to upload details of their surplus food every day at a particular time and specify a time for collection. From here a text message is then sent out to all the foodcloud partner charities in the community to notify them of the offer. When a charity accepts the donation, they collect it from the relevant Tesco store within the time period specified.

Here the girls talk about the motivation to start their own business, going for coffees and bagging a nationwide partnership for their charity app… 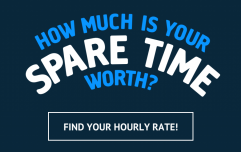 Want To Know Exactly How Much Your Free Time Is Worth?

END_OF_DOCUMENT_TOKEN_TO_BE_REPLACED

So how did you guys meet?

Aoibheann: I was doing a masters and Iseult was in her undergrad and we met basically at a social enterprise evening where we were talking about food waste and ideas around doing something about matching food waste and scarcity. So that started in February 2012, and to be honest we started up as I mentioned calling up farmers’ markets, talking to charities, finding out did they get donations of food, how did it work and eventually after a lot of research and hard work we decided that the most efficient way to do this would be to have some kind of mobile technology to match up the businesses and charities within communities.

What was your background before starting up foodcloud?

Iseult: I was studying a business degree in Trinity, and I was in my third year, so this was something I was working on in the evening.

Aoibheann: And I had been working in London in investment banking. So in London there was a lot of really cool initiatives around surplus foods and when I got back to Ireland I was thinking I’ve loads of time now, I can volunteer. But there wasn’t really anything happening in the area.

So when we met we decided to do something about it and that’s where the whole thing really started. 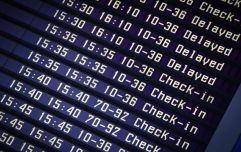 Was Your Flight Cancelled Today? Here's What You Need To Know About Your Rights

END_OF_DOCUMENT_TOKEN_TO_BE_REPLACED

So how did you make the leap from having an idea to starting the business?

Iseult: Well there was a lot of research. I was still in my final year when we started working on this and Aoibheann was still working in London when this all kick-started.  There was a lot of meeting people and talking to them and getting them to give us the kind of direction we’d need.  I think what really got this going was when I graduated we applied for funding for the launch which we got, which meant we could take on two people and really get this going.

It was the first time myself and two volunteers were able to really give it time and make it work, and just give it a real chance to push it along. We also really got the chance to make the time to meet charities.

We were able to find out what they wanted, how they needed it and realise that they didn’t just take anything because it was free. That there were certain standards a charity needs, that they can’t just accept anything. It has to be useful and it has to benefit them for them to actually take resources to go and pick the food up.

So that was really helpful in our planning. By the end of the summer we realised retailers were definitely the best route to go, and very fortunately when we approached Tesco Ireland they were happy to start a trial with us. 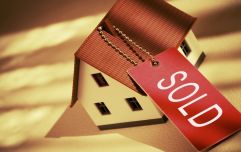 END_OF_DOCUMENT_TOKEN_TO_BE_REPLACED

I went into Michelle in Tesco who I’d met before and I asked how we could set up some kind of food trial with local charities. I was just wondering how could we get that started. She just replied with “Well, let’s try it.”

I don’t think I could talk for about five minutes after that.

What were the next steps when you signed up with a retailer?

Iseult: Well we signed up with Tesco in October and from then we started testing our concept. It was great to get a chance to just start our trial, let alone get it started out with a huge retailer in Ireland. If we got it right, we got it right. Obviously there was going to be a lot of kinks and challenges because it was something pretty new, but it meant we could start learning straight away how to tackle this.

What have been your biggest challenges since starting foodcloud?

Aoibheann: There’s lots of challenges because we’re doing something that hasn’t been done before. For charities, it really requires a lot of creativity, flexibility and understanding to change the way they do things and often they’re run really leanly.

From the charity side we had to build a lot of trust with the people we were dealing with, and from the store side, we had to guarantee that if they were leaving something out to be collected, there would be someone there to actually get the food.

We had to make sure there was always a strong element of food safety, that we were covered in all areas of legal liabilities. We had a lot of work in making sure we covered every area. For that year we were basically taking people out to get free legal advice, free food safety advice, free insights into the food industries and then working with the charities to build up the relationship and understanding there too.

The game changer was when we were able to get two more people on board to research it and when Tesco came on board it gave us that bit of credibility with other businesses but with charities too.

What has been your greatest moment so far?

Aoibheann: I suppose it’s all the little stories along the way that keep us going. Brendan [a local charity worker] text us on Christmas Eve, and we’d been nervous of how it was going and he sent this message telling us, ‘Oh my God, there was so much stuff.’ We panicked thinking we’d left him with too much stuff on Christmas Eve and he wrote back telling us, ‘No, no, no, there was loads of turkeys and hams to give to families.’

Iseult: We had something like 800 boxes of Lily O’Briens chocolates to give out to people and it was amazing to be able to do that for families at Christmas.

Aoibheann: And there’s other smaller stories that really mean a lot to us. Like a family group text us to let us know there was a group of kids tucking into all this broccoli and fresh fruit and loving food, we were just so happy that there were kids eating fresh, real food.

It was so hard getting it all off the ground, but the highs, like getting those little text messages, really make it so worth it all. Just getting a little text message knowing that people are eating good food, or that they could make a load of smoothies for kids yesterday with all the fresh fruit they got.

Where do you guys see yourselves going in the future?

Aoibheann: With this new partnership, we’re really excited to take this to a national level.

Iseult: Our plan is to be in every county by November. We’ll in every Tesco Store by next February too, so to really build on working with charities in every community, based on how we’ve been able to make it work in Drogheda and Dublin.

Aoibheann: The other main thing with food waste is creating awareness. So the aim is for anywhere in the country where there is food going to waste, that someone has FoodCloud on their phone and they can upload the details so it can be sent back out.

We’re going to focus on this first, but from looking at what other counties in the UK are doing, there is loads of room to do more across the entire food service chain.

What advice would you give to people looking to start out their own business, but who might not know how to do it?

Aoibheann: I think a lot of it is those early days coffees. Just try and talk to as many people as possible and try and tell them about your idea. Some people will tell you it’s a stupid idea but that’s ok, you just need to ignore those people.

People every so often email us telling us they have an idea, and asking if they could meet for a coffee. I remember being that person and you just want to be able to help. We’re still very early days but you just want to see it getting over the line.

It’s also a lot of other people’s goodwill that will give you the lift that will make you consider taking the leap and doing it.

What was the best advice you were given?

Aoibheann: For us we were so scared about food safety. We were almost paralysed with fear for a year because we thought we didn’t have everything covered, but then we went to the Food Safety Authority who looked through everything and they told us everything looked grand.

Iseult: We were afraid that we’d turn up and they’d panic and shut us down but they were really supportive. I think it’s important to remember that everyone is nice really. Everyone wants you to do well.

Aoibheann: Like that really held us back, but worst case scenario is if it’s all wrong, you can rule out doing it that way and start again.

Iseult: There was a point where for six months we really struggled to get the donations on board the app, but we kept at it and it was worth it in the end. It’s not always going to be easy, but if you really want it, it’s worth sticking it out.

Aoibheann: And just be sure at some point to stop and mark the occasions. When things are going right, acknowledge them and give yourself a break.

For any charities or community groups who would like to be included in the text messaging service, register with foodcloud on their website at www.foodcloud.ie

Girls With Goals || Her · Ep.156: 'Beauty Returns' - Rebecca O'Keeffe is BACK and we're talking about viral beauty trends
popular
A royal insider has revealed the truth behind Meghan and Kate's rumoured feud
Meghan Markle's old CV has emerged - and it seems she lies like the rest of us!
The Queen has banned Meghan Markle from wearing any of Princess Diana's jewellery
Palace source says THIS incident on the tour of Australia upset Meghan's staff
A letter to my daughter on International Women's Day
Gwen Stefani reportedly pregnant with baby number four
Family tree reveals Prince Harry and Meghan Markle are related
You may also like
5 years ago
The Creator Of Grey's Anatomy Just Gave The Most Inspiring Talk
5 years ago
More Great Irish Jobs News - Glanbia Are Hiring
5 years ago
Making It Rain - The Beckhams Made A Crazy Amount Of Money Last Year
5 years ago
KPMG Are Recruiting At Dublin Airport
5 years ago
Ireland Ranks Fifth In Equal Pay Survey
5 years ago
Apple To Create 1000 New Irish Jobs
Next Page