New research conducted by Durex Ireland has found that just one in six Irish women say they experience orgasm every time they have sex, compared to men who achieve orgasm almost four times more frequently.

The research found that an incredible 22% of women say they never orgasm through sex, with a further 23% saying they wouldn’t expect to if their partner already has. The inequality is undeniable. It’s clear that a lack of conversation about female satisfaction is contributing to this bedroom inequality. While almost half (49%) of women are not satisfied with how intensely they orgasm with their partner, few are willing to actually talk about it. A massive 57% of women admit to having faked an orgasm – unbeknownst to the mere 15% of men who think that their partner has done. 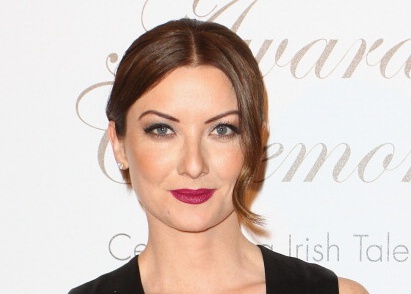 Jennifer Zamparelli on being an Orgasm Ambassador

END_OF_DOCUMENT_TOKEN_TO_BE_REPLACED

The survey's findings have sparked a national debate on the issue of bridging the pleasure gap. Her caught up with presenter and broadcaster, Jennifer Zamparelli, on her involvement with the #OrgasmsForAll campaign - a national movement calling for pleasure equality.

Tell us Jen, are Irish men letting down the side?

"No, they're not crap at sex - God love them - they try hard. Irish women just don't talk about pleasure enough. The whole point of Durex getting me involved is not to talk about my own sex life, because my husband would not love that, but to get the conversation going. It's all about women having that frank conversation. So, we're not saying that Irish men are a bit crap at sex, but what we are saying is that women need to stop trying to please men so much and it's ok to have that slightly awkward constructive conversation. There's a huge percentage of women that fake it, there's a huge percentage of women who don't talk about it. Y'know women are so busy with everything that's going on, we're working, we're mothers, we try to be amazing at everything and sometimes our sexual needs just end up at the very bottom of the list. Orgasms aren’t just for men and it’s time to find a balance. Have the conversation, talk to your partner about it."

Do we all have a bit of a cultural hangover about sex?

"The whole Catholic thing is definitely still there. Don't have sex before marriage, it's all for reproduction, you're not allowed to enjoy it...I know someone who went to a pre-marriage course in the last few weeks - because she is getting married in a church - and they were told not to use condoms but to check their cervical mucous as a form of contraception. That's how backwards this country still is. Even though women are doing great things in this country now. I mean, in the 1980s we said no to a divorce referendum, fast forward a few years and we voted in gay marriage... So we're moving on leaps and bounds but the whole hangup about sex thing is still embedded in us. We're getting out of it but it all starts with a conversation."

What are your thoughts on 57% of Irish women saying they have faked an orgasm?

"I was quite shocked. The survey discovered that a lot of women think sex is over when the man is 'finished' and that's quite sad. Obviously there's a biological difference between men and women, but I think women have been taught to put themselves last in everything - in family life, in looking after everyone else before ourselves, and that's crept into the bedroom as well."

Does your sex life change after you have kids? Does it just become something else to check off the to-do list?

What's the take-home message? What does Jennifer Zamparelli want us to know about closing the pleasure gap?

"I'm probably known for speaking frankly - sometimes to my detriment. I probably did it too much on my radio show which didn't go down well for the first year, but we need to have the convo. There's this great forty day challenge thing going on at the moment where instead of losing weight, or drinking juice, or going on a bleedin' detox - you schedule in sex every day for forty days. You do it here, there, and everywhere and apparently it's been a revelation to relationships. No seriously, I guess the main message is starting the conversation about your own sexual needs and realising you're not going to hurt your partner's feelings. You're not going to make them feel bad or belittle them, you're actually going to enlighten them."

popular
Gogglebox's Paige Deville never wants to speak to mum again after quitting show
Glenda Gilson announces departure from Virgin Media
How to turn 20 days of annual leave into 50 days off
Apparently, THIS is the reason why Louise Redknapp split from Jamie Redknapp
Richard Madeley under fire for comments about Kate Middleton's waist
70-year-old woman reportedly becomes first-time mum after welcoming baby boy
Man arrested after woman raped on train as passengers filmed it
You may also like
5 days ago
Channel 4 viewers not able for documentary about threesomes
1 month ago
One in five boys 'neutral' on consent being needed before sex - and that's a real problem
2 months ago
We really can't believe we witnessed so much sex on Love Island last night
2 months ago
No one is able for this lamp
3 months ago
What is 'love bombing'? The signs to look out for
3 months ago
Man says he won't make women orgasm unless he plans on marrying them
Next Page