Knickers that vibrate every time a World Cup goal is scored exist and, ugh

Because women wouldn't have any interest in football otherwise...

Because females, like all of the other genders, can enjoy sport as much as the next person due to the recent and very shocking discovery that they are, in fact, human beings with a variety of interests.

Still though, that hasn't stopped some people from making some fairly weak judgements on women's interest in the World Cup.

Namely the one that they don't give a shit about it because it's football.

END_OF_DOCUMENT_TOKEN_TO_BE_REPLACED

This, however, is simply not true because lots of women enjoy football as much as they enjoy other generic, popular things like spicy food and the show Westworld.

And yet, it seems that some people still cannot get their heads around this standard fact of life.

So much so that they decided to invent something that would allow women to enjoy watching football as much as men do - knickers that vibrate every time a goal is scored.

Yeah, we wish we were joking too.

The knickers are designed by Mexican underwear company Vicky Form, and although they seem to have been suddenly removed from their website (we can't imagine why), a clip of the ad for the vibrating underwear is still circulating online.

In it, a man and his girlfriend watch the World Cup.

She begins to give out to him and look all annoyed and needy (like all women), before she discovers the underwear and their hidden pleasures within. 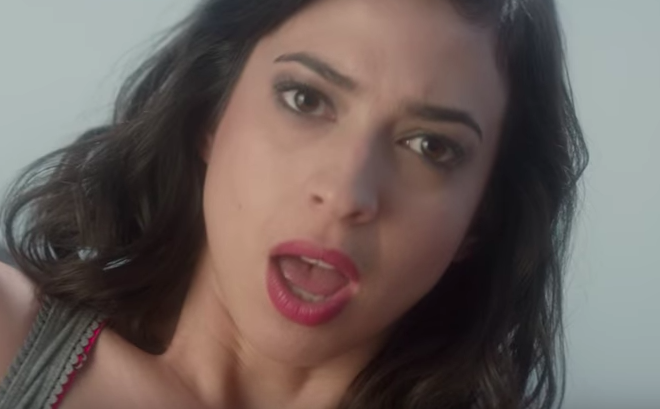 Once she comes (to her senses and realises football can be fun), the couple are happy again.

popular
Claire Byrne Live viewers in shock as woman shares family DNA secret
Gogglebox fans show an outpour of support for star after hospital picture
Two youths found guilty of violent disorder after girl pushed under DART
Lesbian couple attacked in Dublin thank public for support
Saoírse Ruane's family "so grateful" after surgery goes as planned
Man behind Marilyn Monroe dress says letting Kim Kardashian wear it was a "big mistake"
Derry Girls creator shares three more storylines that never made it into the show
You may also like
6 days ago
Sex educator Jenny Keane is back to answer more of your sex and pleasure questions
1 week ago
Sex educator Jenny Keane answers all of your sex and contraception questions
1 week ago
Gogglebox sparks Ofcom complaints over X-rated scene between woman and a duck
3 months ago
Jenny Keane: "There is a huge vulnerability when it comes to exploring your sexuality"
4 months ago
Text your ex over Christmas, yeah?
5 months ago
'Voice-fishing': the latest dating trend everyone's paranoid about
Next Page