A landmark legal challenge to Northern Ireland's ban on same-sex marriage is to open today.

Grainne Close and Shannon Sickles, and Chris and Henry Flanagan-Kanem were the first and second UK couples to enter into a civil partnership, when Northern Ireland became the first place in the UK to make it an option in 2005. 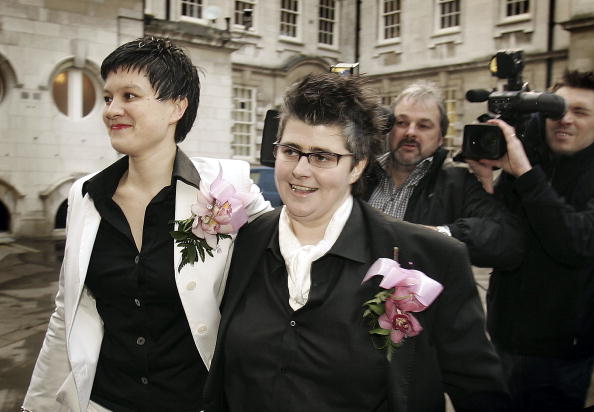 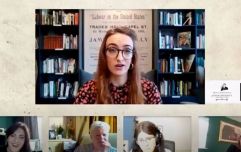 WATCH: All female Áras Uí Chonghaile discuss partition and the future of Ireland

END_OF_DOCUMENT_TOKEN_TO_BE_REPLACED

Following the May referendum which saw same-sex civil marriage legislated into law, Northern Ireland remains the only place in both Ireland and the UK where civil marriage is denied to gay couples.

Speaking to RTE,  Amnesty's Northern Ireland programme director, said: "Success in this case could have positive implications for thousands of other couples in Northern Ireland.

"Following the repeated failure of the Northern Ireland Assembly to legislate for marriage equality, couples have been forced into the courtroom to demand equal treatment before the law.

"It is unacceptable that they have been obliged to sue the Government in order to have what the rest of society takes for granted - for the State to recognise their right to get married."

popular
Alec Baldwin 'heartbroken' after accidental death of Halyna Hutchins
WATCH: Parents see person walk past daughter's crib in creepy baby monitor footage
Heavy rain and unsettled conditions forecast for Bank Holiday weekend
Human remains found positively identified as Brian Laundrie
Young woman suffers serious eye injury after being struck with a firework in Eyre Square
This hot water bottle pouch is perfect for menstrual cramps
Maria von Trapp's daughter has died aged 90
You may also like
5 days ago
Weekend break? Here are the 3 best hotels in Northern Ireland right now
1 week ago
You may be able to see the Northern Lights from Ireland tonight
1 week ago
Smoking with children in cars could be banned in Northern Ireland
2 weeks ago
PSNI set to investigate alleged abuse in mother and baby homes
2 weeks ago
Michelle O'Neill to support public inquiry into mother and baby homes in Northern Ireland
3 weeks ago
William and Kate thank Derry community during "inspirational" visit
Next Page