Lets Split: Police "Fear" For Their Lives Of Man Wielding A... Banana

We've officially heard it all now...

A man in Colorado is facing jail time after pointing a piece of fruit at two policemen as a joke.

27-year-old Nathan Channing was arrested after he pointed a banana at two officers over the weekend.

END_OF_DOCUMENT_TOKEN_TO_BE_REPLACED

Channing, who hails from - wait for - Fruitvale, explained to the men on duty that he was a YouTube comedian but they failed to see the funny side.

On their police report, the men stated that they ‘feared’ for their safety after Channing pointed a yellow ‘weapon’ towards them.

"I immediately ducked in my patrol car and accelerated continuing northbound, fearing that it was a weapon," Officer Joshua Bunch wrote.

"Based on training and experience, I have seen handguns in many shapes and colours and perceived this to be a handgun". 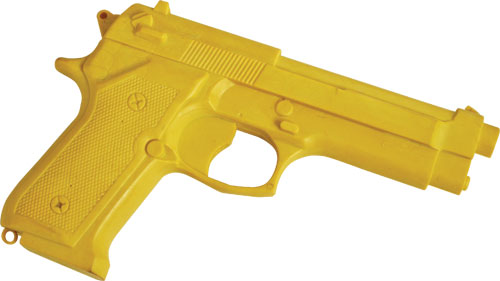 An easy mistake to make... *coughs*

According to NY Daily News, the man received a $10,000 bail on charges of ‘suspicion of felony menacing’, a charge that carried a three-year prison sentence and a $100,000 fine.

popular
Irish girls name was the most used Irish name in the United States last year
Ofcom receives 75 complaints over Jacques' treatment of Ekin-Su
Love Island: Danica sets her sights on Andrew as Luca asks Jacques about his relationship with Gemma
Michael Owen hilariously responds to Love Island's heart rate challenge
Prince William shouts at photographer who was "stalking" his family
Another of Gemma Owen's family could be headed for a reality show
Dublin Airport not ruling out a "flight cap" amid chaos
You may also like
1 month ago
WATCH: People are losing it over clip of Kendall Jenner trying to climb stairs at Kourtney's wedding
2 months ago
Hilarious moment Irish Rail passenger spots "collapsed man" on platform
8 months ago
You's Penn Badgley and Cardi B are fangirling over each other on Twitter
9 months ago
Bride receives bouquet of chicken nuggets from best friend on wedding day
10 months ago
Tom Daley went viral for knitting at the Olympics - and it's all for charity
1 year ago
Shrek fan notices X-rated Easter egg that we all missed as kids
Next Page