What it's like... to be a mum of three and discover you have breast cancer

It's World Cancer Day today. Please read and share this with other women, awareness can save lives.

Paula McClean was just like any other mum. But in 2011, her world was turned upside-down when she was diagnosed with breast cancer. With 3 young daughters, she had to juggle her family life and medical treatment. In her own words, she told us how everything happened and how it feels now, 5 years on... 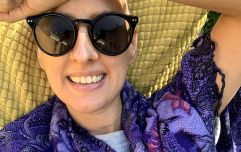 END_OF_DOCUMENT_TOKEN_TO_BE_REPLACED

It was June 2011. I was at a family wedding with the girls who were 6, 4 and 2 at the time. It was my brother-in-law’s wedding and I was applying my tan the night before and felt a lump in my left breast. Honestly, I didn’t think breast cancer at that moment. I didn’t get worried or upset either. I just thought I’ve never felt that before. I did nothing about it at that point. I headed to the wedding, which was fantastic, but there was a niggling feeling. I felt it wasn't right but then there was no family history of breast cancer in my family and I was young (41) and healthy.

I did nothing for a couple of weeks because I was busy with the kids who were at school. I kept feeling the lump and hoping that it would just go away. About two weeks later, I picked up a magazine with an interview with Triona McCarthy about her sister and read it. That’s when I thought that I should get it checked out. I called my GP on Thursday but even then, I thought this will be nothing.

I was referred to St Vincent’s the following morning. I went to the appointment on my own because, like I said, I thought it would be fine. The consultant referred me for a mammogram and an ultrasound. That was the first time when I thought this isn’t okay. I asked the nurse and she said that they would have to investigate it. I was back in on Friday. They told me to bring someone and that’s when, on July 8th, they told me I had a tumour and it was breast cancer.

Your whole world falls apart and especially as my daughters were so young. It was a very hard day. My parents were at home looking after the girls and you have to digest the news; what it was and what it meant. I don’t think I took in one thing that was said to me. I suppose that’s why they tell you to have someone else there. It is a form of shock. 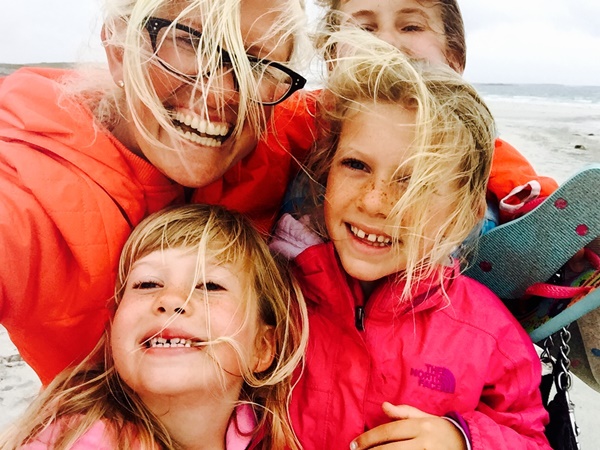 END_OF_DOCUMENT_TOKEN_TO_BE_REPLACED

After that, things happened quickly. A week later, I had surgery, a mastectomy on my left breast. After that, I had reconstruction. Five and a half weeks later, I started chemotherapy. That was on September 2nd. I remember it because my middle daughter started Junior Infants on that day. It’s funny how you remember things like that. Thankfully, I didn’t have to have radiotherapy. I caught it early so it hadn’t spread to the lymph nodes. Everyone’s treatment is different and tailored to their particular situation.

I did explain it to the kids. It was tricky because my mother-in-law had been sick a few months before during which time my husband was basically going from one hospital to another. The girls’ grandmother passed away and then their mum was unwell so it was a very difficult time. I explained it because one of the breast cancer nurses had told me that telling them little bits would help and that their ‘normal’ was going to change. I told them that everyone had good and bad cells in their body and that sometimes the bad cells would be stronger. I told them there was medicine that helped to fight the bad cells but it also fought the cells that made your hair grow. That was to explain my hair loss.

That was the most that I could tell them at that time. My eldest was 6 and then I had a 4-year-old and a baby who didn’t get it at all. They know more now and ask me questions. Kids are very adaptable though. Without being too honest about it, a level of understanding made the day-to-day stuff easier. For example, I wore my wig a lot when I was out and about but it was too warm in the house. I had to be honest about why my hair was gone and tried to make it as fun as possible. I didn’t discuss the surgery. There was no need to. I will someday when they get older. For me, this approach worked but every family is different.

END_OF_DOCUMENT_TOKEN_TO_BE_REPLACED

The chemotherapy was okay. You think it’s not going to be but it is manageable. I had amazing family and friends which helped. My life was pretty much the same. You do get tired though. I would have the treatment on Monday and then the next day you get a shot to replace what the chemo takes out. You feel fantastic after that but then overwhelmingly tired. You also get steroids so at around day four, you’re back to normal. I was still taking the girls to playdates and picking them up from school. I was fine throughout and I think there is still a fear surrounding chemotherapy, but it is manageable. 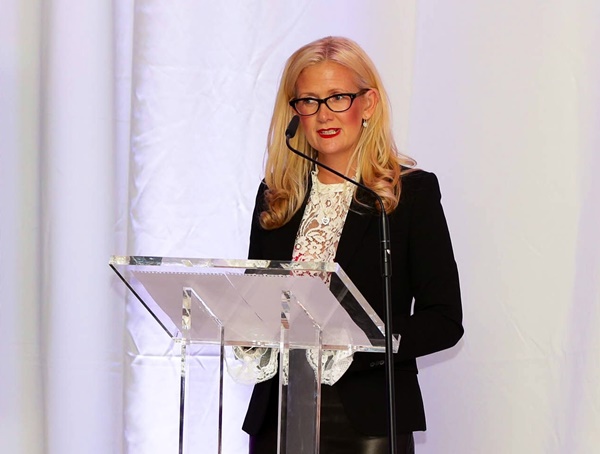 I really think things have changed and survival rates are so much better now. Detection is crucial and it only takes a couple of minutes every month to check your breasts. I won’t lie, I didn’t see it coming. I was really shocked and I think that everyone thinks that it can’t happen to them. Of course it can. It can happen to anyone. I would say that you should know your body and notice changes. I did it and I went to the doctor. You have to know it and tell them ‘I know that wasn’t here before and I am concerned about it.’ That’s crucial.

One of the things I did throughout my treatment was go for a walk every day. It was great for my body and my mind set. It was nice to have time by myself and I started to look forward to it. Even on the days that I felt shattered, I wrapped up and went out. After chemotherapy, I started running and became an ambassador for Breast Cancer Ireland. I did the Great Pink Run 6 months after finishing treatment. When I did that, it was the first time that I felt that I wasn’t alone and saw that so many families are affected by breast cancer.

It’s always in the back of your mind. The farther you go – I’ll reach 5 years this year – the easier it gets. I do know friends that it has come back and that’s absolutely heartbreaking, but you can’t live your life worrying. I hope that with time the feeling will go away, but I don’t see how it could. To be honest, it was such a big part of my life that I feel that if I don’t acknowledge it, it doesn’t mean anything.

I can’t believe it’s been 5 years because life does go back to normal and you are busy with family life. But it’s a really good thing and is never to be taken for granted. If someone had told me 5 years ago that I would go through a really hard time but then move on and win something like the ‘Strictly Against Breast Cancer’ event, involving people like Eoghan McDermott, I wouldn’t have believed it. 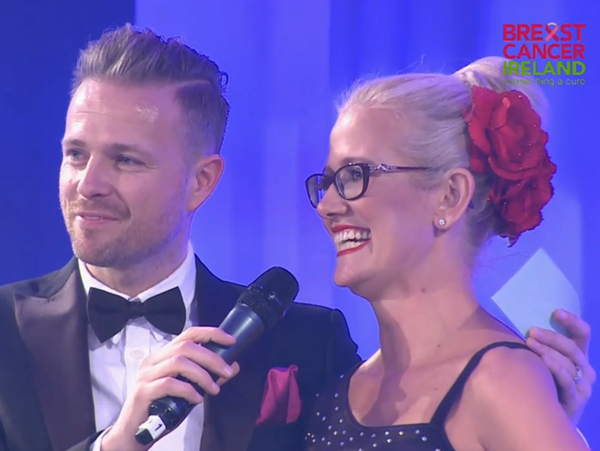 For more information about breast cancer and/or available support services, please visit the Breast Cancer Ireland website HERE. To find out what to look for when checking your breasts, click HERE. If you have any concerns or questions regarding your health, please consult your doctor.

popular
Kylie Jenner shuts down claims she used her children to cover up for Balenciaga
Zendaya and Tom Holland are being flooded with rumours they're engaged
Fundraiser set up for boy attacked by pit bull in Wexford
3 simple tips to get your nails in shape ahead of Christmas
It looks like Harry Styles and Kendall Jenner could be getting close again
The trailer for Channel 4's Vardy V Rooney: A Courtroom Drama has dropped
Why Are Men so Obsessed With Boobs? The Answer is Pretty Surprising...
You may also like
1 week ago
Place In The Sun star Jasmine Harman tears up during emotional episode
2 weeks ago
Jane Fonda reveals she won't be around much longer after cancer diagnosis
2 months ago
Roseanna Ruane recalls the moment she told Saoirse about her cancer
4 months ago
Deborah James' funeral to take place today
4 months ago
Saoírse Ruane's mum shares her daughter's anxiety over doctor visits
5 months ago
Cancer campaigner Deborah James passes away aged 40
Next Page