Out with the old, in with the new?

O'Connell Street could be the site of a brand new IKEA branch as iconic Dublin department store Clerys officially goes under the hammer.

Clerys operated on the capital's main thoroughfare from May of 1853 until its closure in June of 2015, having initially gone into receivership three years earlier. 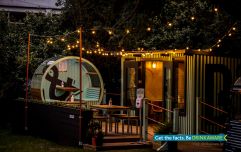 END_OF_DOCUMENT_TOKEN_TO_BE_REPLACED

A report in the Irish Independent on Thursday contends that the Swedish furniture juggernaut is just one of many interested parties expected to show official interest when first round bids for the vacant lot are submitted next week.

The Independent understands that members of IKEA's global property team travelled to Dublin in recent weeks to meet with businesswoman Deirdre Foley, who is heading up the Natrium Consortium group that owns the building.

Natirum acquired the property for €29 million in 2015, and anticipate an ultimate sell-on of around €60 million.

It is believed that the IKEA team undertook a walk-through of the Clerys site while they were in Dublin.

A spokesperson is quoted talking up the company's commitment to growth and investment in Ireland, noting that they have been "investigating the potential" of introducing a second store in the Irish market for some time.

The spokesperson cites Cork as a specific desired location, but notes that there are "no confirmed plans" in place for a new store at the present time.

An adjoining block of properties on O'Connell Street will be sold in tandem, while there is pre-existing planning permission for a major overall development made up of retail outlets, office space, hotel and entertainment options. 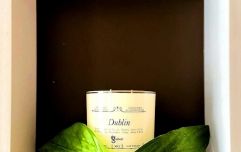 Know someone from Dublin who is living abroad? They might need this candle

END_OF_DOCUMENT_TOKEN_TO_BE_REPLACED

Also believed to be interested in acquiring the Clerys property are Dublin-based outfit Press Up Entertainment, who run the likes of The Dean Hotel, The Workman's Club, The Liquor Rooms and Roberta's, along with the Belfast-born owners of New York's Dead Rabbit bar, which is temporarily shut down following a fire earlier this week.

Girls With Goals || Her · Ep.151: 'A Story Shared' - Aoife P. Rafter on blogging during a pandemic and living with CF
popular
'I feel betrayed': Curtis Pritchard on Maura Higgins and Chris Taylor's relationship
Ross was never meant to say Rachel's name at the altar, Friends writer reveals
'I loved it': The childhood drug addiction that inspired The Queen's Gambit
New ad campaign to show tampon string - despite push-back from media execs
Viewers praise Corrie for emotional scenes as Leanne's son Oliver passes away
Rachel Wyse And Galway's Joe Canning Are Reportedly Dating...
All the series and movies you need to see before they leave Netflix in December
You may also like
6 days ago
Singing crowds gather on Grafton Street amid Level 5 restrictions
3 weeks ago
The Irish Emigration Museum in Dublin is voted Europe’s Leading Tourist Attraction
1 month ago
Schools may be forced to close today after urgent hand sanitiser recall
1 month ago
Dublin is finally getting public recycling bins and they're on the streets now
1 month ago
WATCH: Hozier tips popular busker playing ‘Take Me To Church’ on Grafton Street
2 months ago
Gardai investigating "all circumstances" as young woman is found dead in Dublin apartment
Next Page