She's been the talk of Love Island in recent weeks.

Megan Barton-Hanson has been one of the most discussed contestants of this year's series - both in the villa and outside of it.

The Islander has become a hot topic of conversation for many reasons, including her controversial "stealing" of Wes from Laura, as well as her alleged €28,000 appearance transformation.

One Ireland-based clinic has now told how, on the back of Love Island's success, they have seen a huge increase in the number of people after the "Megan Barton-Hanson look". 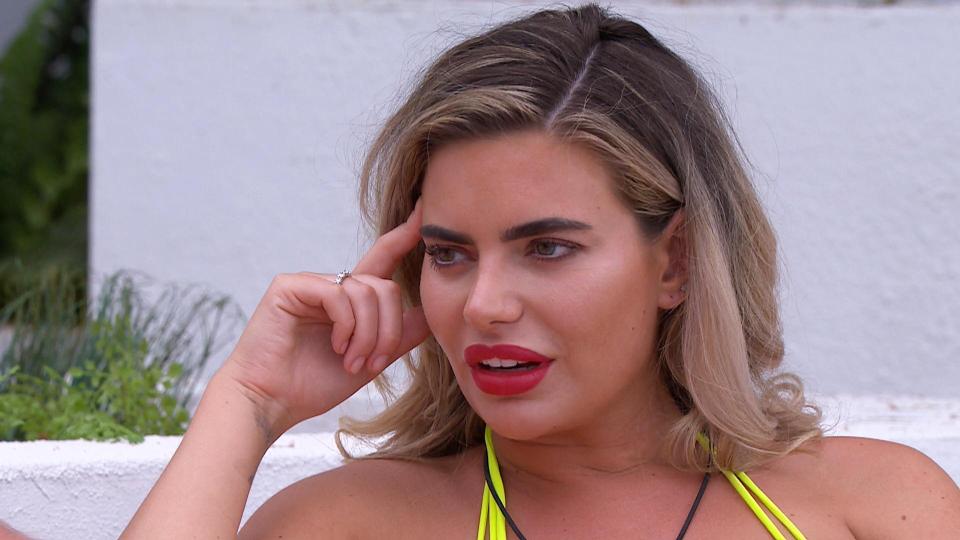 END_OF_DOCUMENT_TOKEN_TO_BE_REPLACED

There has reportedly been a 200 per cent surge in bookings for lip fillers across SISU Clinics, a chain of physician-led aesthetic clinics in Dublin, Cork and Killarney.

And, according to a spokesperson for the clinic, more than 35 per cent of the bookings are by men who are looking to get botox - a 5 per cent increase in SISU's steady male patient base.

"Pop culture personalities tend to pique interest in certain treatments, but the Love Island phenomenon is on a whole new level. The increase in patients booking off the back of the show is astonishing.

"Men are impressed by the male contestants, so they are also driving SISU's bookings with male patients."

Another clinic in Ireland has told how they are seeing similar results because of what they are calling The Love Island Effect.

“We’ve seen a spike in enquiries for fillers and Botox over the past few weeks, our bookings have been rapidly filling up.

"There has been a lot of speculation around the cast of Love Island and if they have or have not had fillers / Botox. Since Megan entered the villa, we’ve had countless clients ask for lip fillers to get a similar look.

"We’ve had many asking about Botox safety with upcoming holidays mentioning the show’s cast and how they would like to see similar results.

"Since the show has aired we have easily seen an increase of 75% in enquiries about injectable treatments. We always strive for natural results with our clients to assist them to increase their self-confidence when they work with our top class facial aesthetics team.”

popular
At least seven bodies have been found in search for Brian Laundrie
Gogglebox's Paige Deville never wants to speak to mum again after quitting show
Richard Madeley slammed for "victim blaming" after questioning guest who was spiked
Wait... Are Maura Higgins and Giovanni Pernice back together?
Groom kicks out wedding guests after they all wear white
Tilly Ramsay speaks out about body shaming after DJ calls her a "chubby little thing"
Here's everything you can *actually* do in a nightclub this Friday
You may also like
1 day ago
Molly-Mae Hague says she was a "mess" after endometriosis surgery
2 days ago
James Lock confirms relationship with Love Island's Megan Barton Hanson
1 week ago
Molly Mae Hague admits she's desperate for Tommy to propose
1 week ago
Love Island's Toby reveals he is no longer friends with co-star Jake
1 week ago
Jack Fincham says he attempted suicide after Love Island
2 weeks ago
Love Island's Liberty Poole confirmed for Dancing On Ice
Next Page