Lynsey Bennett: "I'm just not up for dying right now"

Lynsey Bennett stood outside the High Court last month after settling her case against the HSE and spoke directly to her daughters: "I hope I have done enough to secure you both a future free of financial worries and that even with me not here to guide you, you can both pursue your dreams."

In a heart-breaking moment, the nation watched as this 32-year-old mother of two spoke of her relief that the court case was finally over. Even more heart-breaking, we watched as she admitted that she will, "probably not be here much longer." 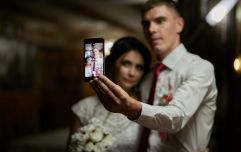 END_OF_DOCUMENT_TOKEN_TO_BE_REPLACED

When we spoke with Lynsey, we spoke about hope. In an unimaginable situation like hers, what else can you do? The truth is, her situation was preventable, and that's a shame that our country will bear for years to come - but now it's about leaving that behind and fighting.

Lynsey is fighting for her life and as she explained, "you've got to stick up for yourself, the world needs women!" 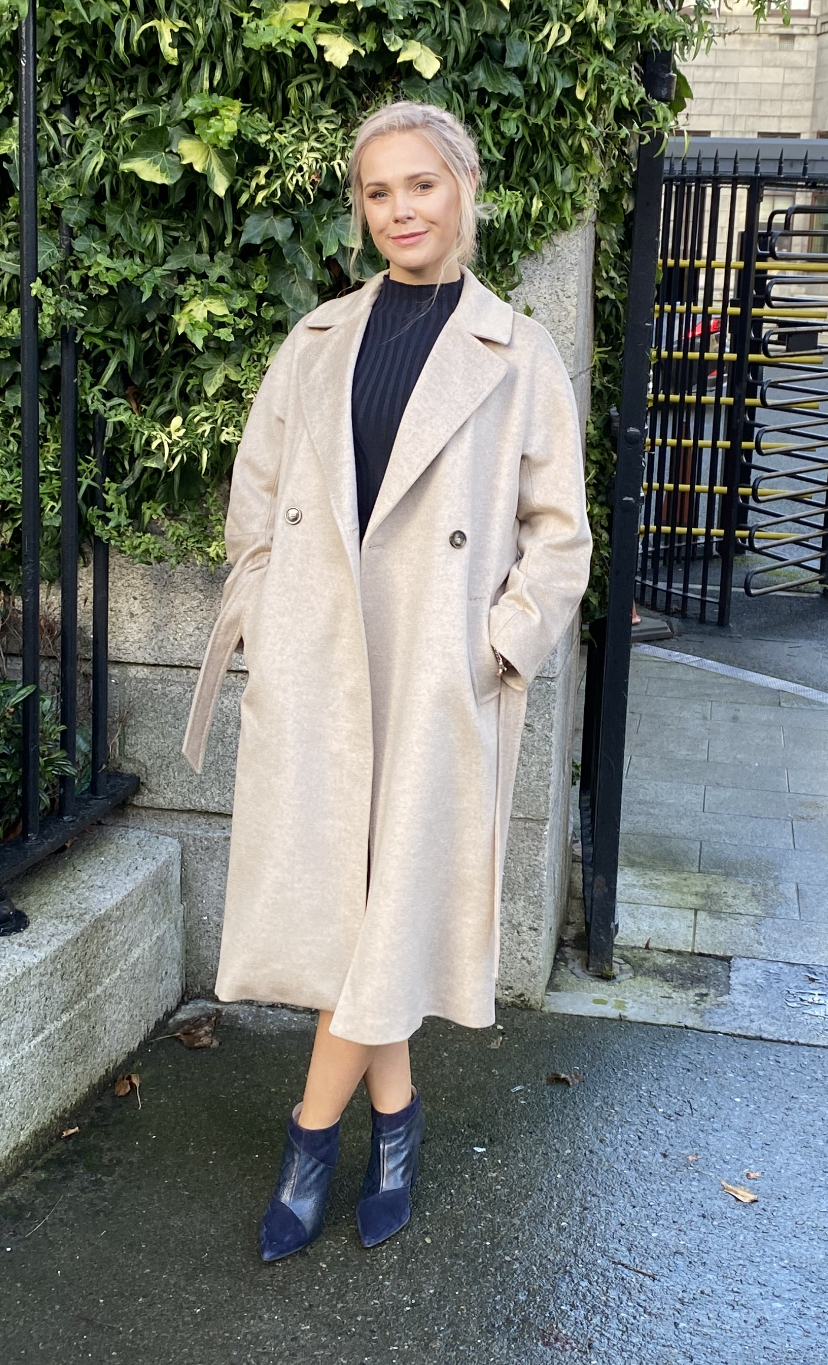 Image with thanks to Lynsey Bennett.

Lynsey Bennet is one of hundreds of Irish women who are seriously ill as a result of Ireland's CervicalCheck cancer scandal. Lynsey, from Ennybegs, Killoe, Co Longford, had sued the HSE, Dublin testing laboratory Eurofins Biomnis Ireland Ltd and US lab Quest Diagnostics Inc, after she contracted aggressive cervical cancer despite having four smear tests between 2010 and 2016. Lynsey's case was settled for an undisclosed sum and just days later she boarded a plane to Mexico in search of alternative treatments that will keep her alive.

The trip to Mexico for treatment became a reality after a major fundraising campaign that received massive support nationwide. With the court case firmly behind her, Lynsey is committed to staying alive as long as she can for her children.

We caught up with Lynsey in Mexico as she was finishing up a days treatment at the Hope4Cancer centre. Hope4Cancer position themselves as a community, they focus on non-toxic, natural and holistic therapies to treat cancer in specific ways. With Lynsey's latest diagnosis, she was given the news that she would be given palliative treatment, in other words, it was chemo not to cure, but to prolong the inevitable. Lynsey was also told that the side affects could be life-altering or even fatal themselves:

"It was a double dose of chemo with the possibility of liver damage, skin damage, lung damage, kidney damage, sores in my mouth, sores down my throat, bleeding, hair loss, anaemia and nausea, and they're just a few that I can think of." 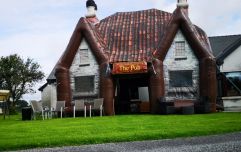 END_OF_DOCUMENT_TOKEN_TO_BE_REPLACED

Lynsey is adamant that she's not "talking down" the conventional medicines - she watched her own mother go through chemotherapy for four years - but she knew her body wouldn't cope. The alternative options have been a source of hope, once she got used to them:

"Some of the machines and stuff, gosh, they took a while to get used to but now it's fine. There's one called 'the chamber', and it's literally like getting into a body bag and they zip you in with three thick zips and you're given oxygen and you just have to pray that they don't knock off the oxygen by accident! There's also a 'pizza oven', that's its nickname, and my head is the only thing out of it and they bring my body temperature up to 45 degrees celsius. I have to lie in that for 45 minutes and it is intense, the sweat is literally pouring off you. It's so uncomfortable but you know you just gotta keep going. There's no choice."

After Lynsey's 2018 diagnosis, she attempted chemo but it had to be cancelled half-way through. She explains that her body wasn't able for it and how,"I just thought if I'm going to be dying anyway and not going to be cured, it just doesn't sit well with me that I would neither have real quality nor huge quantity of life.

"I wasn't going to do that to my kids either, so that's when I went looking for something else." 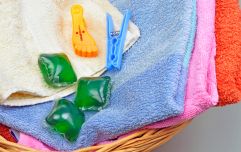 TikTok Trend: What is laundry stripping and does it work?

END_OF_DOCUMENT_TOKEN_TO_BE_REPLACED

Lynsey is getting her body in the best shape it can be in order to fight this cancer. She's been signed off for Pembro and after years of cancer treatments, operations and side effects, she says no amount of over-the-counter vitamin pills can prepare you for that. One of the only good things to come out of all of this, say says, is the messages she receives daily:

"I get hundreds of messages every single day. The amount of girls and women who have sent me messages saying, 'Aw, you'll kill me, it's been years since I've had my smear but because of you I went for it and now I've actually found out that I have the pre-cancerous cells but I can get them treated and it's not going to turn into cancer,' and that just makes me so hopeful for women's future."

And what about her own future? Her own hope? Lynsey says that for her, it's about seeing her girls grow up. "I'm determined to get to see my girls turn eighteen, I want to get them through the good times, and the bad times, and the boy times!" she says. "Now, I'll be trying to push further than that, but I can at least work towards that for now."

Lynsey knows that her cancer will always be with her, she describes herself as "hopeful not delusional", but she speaks in a determined way when talking about her prognosis, and the support she feels from home is undeniable:

"If I got a miracle here and I suddenly went back into remission, my cancer unfortunately will always come back. I will have to be in treatment for the rest of my life but I'm giving this a shot and I'm giving my body a shot to be as healthy as I can. Having the support of what literally feels like the whole of Ireland behind me, it just lifts you up so much, it's amazing."

During Lynsey's court proceedings, the CEO of CervicalCheck Fiona Murphy, read out a letter of regret to the High Court. She wished on behalf of the CervicalCheck programme “to express our deep regret” to Ms Bennett and her family. “I wish to acknowledge the many challenges that you have faced as a result of your diagnosis," she said. "I appreciate that this has been a very difficult time for you and your family and I hope you find some solace with the conclusion of this process.”

It's an understatement to say that Lynsey is going through a difficult time. The truth is, we all hope to never find ourselves in her position, but Lynsey is saving lives right now and her matter-of-fact attitude is a breath of fresh air. "I know it sounds crazy, but I'm just not up for dying right now," she says.

It's not crazy at all.

Girls With Goals || Her · Ep.160: The Beauty Of Coaching - Hayley Harrison joins us from Sport Ireland
popular
Body found in search for missing woman in Waterford mountains
Queen signs note 'Lilibet' in final goodbye to Prince Philip
Roz Purcell introduces 4 - 30 sizing for new Hike Life collection
Jockey Lorna Brooke dies aged 37 after racecourse fall
Pasta with gin sauce is a thing apparently – and honestly, it sounds SO good
Abducted French girl, 8, found in Switzerland five days after disappearance
TV Actress Julie Graham ‘Devastated’ After Husband Found Hanged From A Tree In London Park
You may also like
8 months ago
CervicalCheck and the 221+: A constant reminder of the State's failings against women
8 months ago
Tributes paid to CervicalCheck campaigner Ruth Morrissey
1 year ago
'A system that was doomed to fail' Leo Varadkar apologises to women affected by CervicalCheck scandal
1 year ago
Join inspirational cancer campaigner Vicky Phelan in her hometown of Limerick
1 year ago
Join Elaine Crowley and inspirational cancer campaigner Vicky Phelan in Cork
1 year ago
Incorrect CervicalCheck letters issued to 400 women, says HSE
Next Page