He had previously served 18-years for a wrongful conviction.

The subject of a Netflix true crime documentary has launched a fresh appeal against his conviction, with his lawyer suggesting there is another suspect.

Steven Avery was sentenced to life behind bars in 2007 after being found guilty of the murder of Teresa Halbach. He had already spent 18 years in prison after being wrongfully convicted of the rape and attempted murder of another woman. 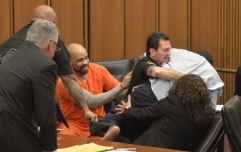 END_OF_DOCUMENT_TOKEN_TO_BE_REPLACED

Avery, who is the subject of the Netflix documentary Making a Murderer, has made numerous appeals over the years in an attempt to overturn the sentence. He has not been successful.

Lawyer Kathleen Zellner, who was featured heavily in the second season, has worked to get Avery freed. Most recently, she filed paperwork for Avery's latest appeal that spoke to a new suspect in the murder.

"Two new witnesses in Mr. Avery's case with new and compelling evidence about a murder mystery that has intrigued a worldwide audience," it reads. "The rush to judgment and tunnel vision that led to the arrest, prosecution, and conviction of Mr. Avery is exposed by these new witnesses who provide new and undisputed evidence that directly links (the alternate suspect) to the murder of Teresa Halbach and the framing of Mr. Avery."

She added: "Furthermore, this new evidence allows for a reconsideration of the real motive of this crime, as being a sexual homicide, which the culmination of an obsession by (the alternate) suspect with viewing thousands of image of violent, deviant pornography." 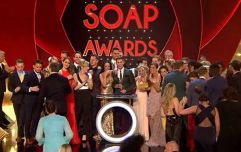 END_OF_DOCUMENT_TOKEN_TO_BE_REPLACED

The appeal continues to suggest that the new suspect acted on "obsessive fantasies" by murdering Halbach, and that it's not Avery's job to prove who did it. He need only prove his innocence after he was "deprived of a constitutionally guaranteed right to present a complete defense."