Elaborate breakups are replacing elaborate proposals as the new way to go viral, it would seem.

One man who over-anticipated the viral success of his carefully-planned proposal has learned a big lesson about the internet, however.

When you post something online about someone - chances are they'll see it.

END_OF_DOCUMENT_TOKEN_TO_BE_REPLACED

When Reddit user BinanoSplat  found out that his girlfriend was cheating on him, he was heartbroken.

Taking to the site, he shared an image of a card he was leaving out with her, complete with her house key and the following message:

'Now that you're single, you don't need to feel guilty about your sexually charged texts w/ Michael, going on dates w/ Jared, or about getting drinks tomorrow w/ Derek.' 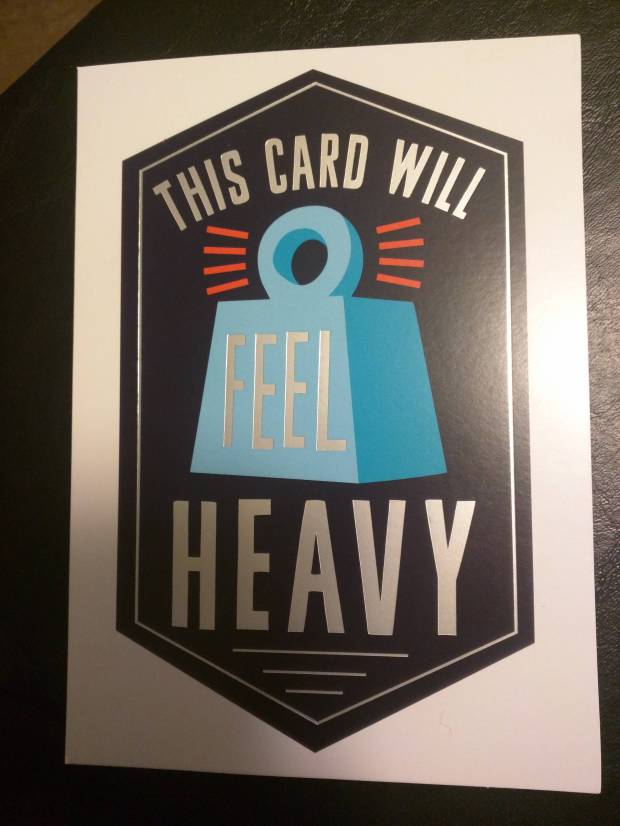 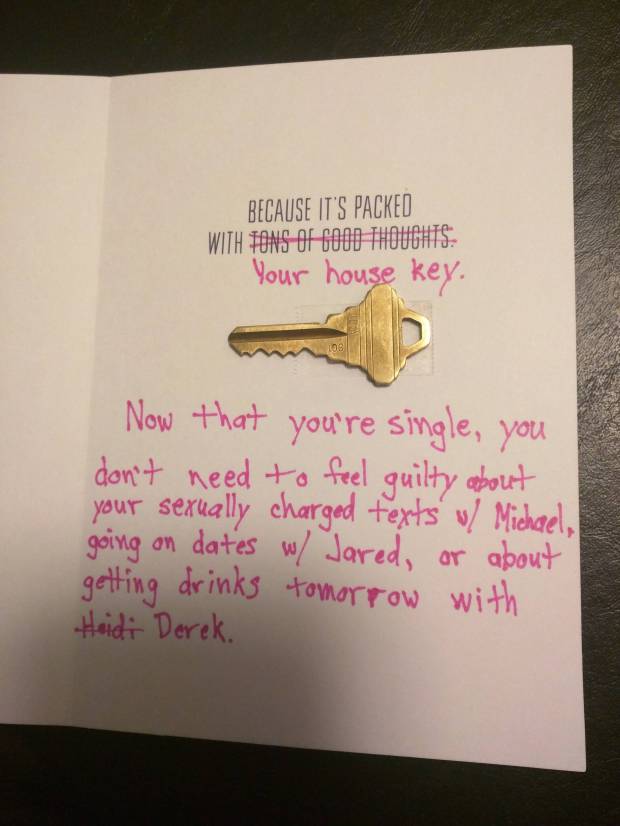 We imagine he felt pretty chuffed with himself uploading the image, however his plan was foiled pretty quickly when one of her friends spotted the post and let her know what was coming.

She called him and asked him what was up and he had to break up with her over the phone like a regular joe soap. 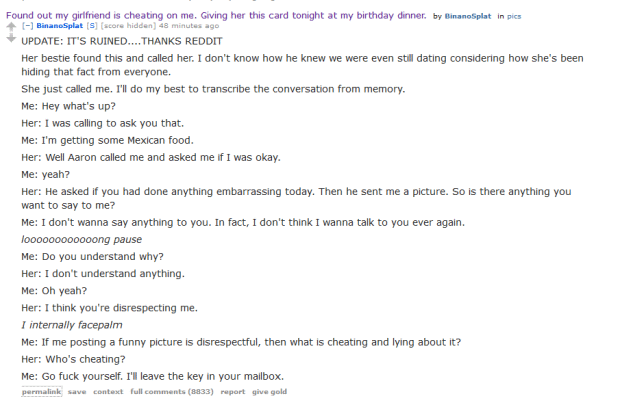 Lucky for him, it's going viral anyway - maybe just not for the reason he expected.

popular
Deirdre Morley issues medical negligence action against HSE and hospital
Ben Foden's wife Jackie says it is "not possible" for him to cheat on her
People are only realising Kendall Jenner and Gigi Hadid are related and the reactions are gas
Cavan parents remember teenage son as "character of the family" on emotional PrimeTime interview
And Just Like That... episode 8: Nobody saw this one coming
Love Island's Amber Gill could be banned from Instagram over ad controversy
Downton Abbey's Michelle Dockery has gotten engaged
You may also like
2 weeks ago
According to tradition, your Christmas tree should stay put for a while longer
1 month ago
Turns out, we have been using micellar water completely wrong
1 month ago
WATCH: Woman "disgusted" as she catches man filming her in gym
2 months ago
Woman 'rolls down mountain', leaves hilarious review about her 5-star leggings
2 months ago
A TikTok mum shares life tips for people who doesn't have a mum in their lives
2 months ago
Who started the 'plant one tree for every pet picture' trend on Instagram?
Next Page