Being dumped is the great equaliser.

It doesn’t matter where you’re from or how much you’re worth, pain is pain, and having your heart broken is fresh hell. A break-up is more like a little death.

We mourn the loss of that person in our life, and can’t fathom how things will ever be the same without them. Then something magical happens: it’s called time. 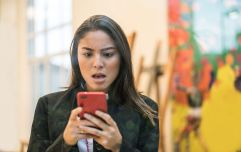 END_OF_DOCUMENT_TOKEN_TO_BE_REPLACED

And just like a math equation, pain divided by time equals you eventually feeling fine.

You know this. But what happens when your best mate suffers the same cruel fate as you? She's going to need you, and how you act in the next few weeks during this traumatic time will determine if your friendship is worth the paper it's written on.

Here is a bumper emergency checklist of what to do when one of your mates has been unceremoniously tossed aside like yesterday's newspaper.

END_OF_DOCUMENT_TOKEN_TO_BE_REPLACED

Your best friend has just been dumped by the love of her life, which now kind of means that you have too. She is going to want to talk about this for a long, long time.

She will scrutinise every minute detail, and pick apart their last minutes together in rigorous fashion. As best friend, it is your job to listen to this story for the millionth time and act suitably surprised/shocked/horrified, interjecting a 'what an asshole!' or perfectly timed gasp to cajole her into calm.

Discourage her from doing stupid shit:

As Henry Rollins so aptly states, people who have just been dumped tend to be really righteous. The intense burning pain of having a vital organ torn from your body tends to have that affect on people.

As confidant, it is your job to stop your maniacal mate from doing something really fucking stupid. She'll probably call you late at night and tell you that she's gonna publish all his nude photos. Stop her.

Or maybe she wants to go have coffee with him "to get closure". Shut that bitch down.

Don't tell her that you never liked him/her...(not immediately, anyway)

She doesn't want to hear that. Not just yet anyway. If you really did dislike him the whole time she'll probably wonder why you didn't say something sooner and resent you for it.

Remember, tensions are high right now, and one mis-step could see you slaughtered at the hands of a jilted she-devil. Hell hath no fury.

Call her regularly throughout the day:

Chances are she spoke to her loved one a lot in the day. Now that he/she is gone, your mate is really going to feel a massive communication gap.

It only takes two seconds to send the poor dote some messages throughout the day, letting her know that you're there. Extra brownie points go to the gals that send "good morning sunshine" and "good night sweetheart" texts.

Guide her, but don't be pushy:

Everyone has a break-up story that they love telling. Be aware that your mate is probably receiving a host of unwarranted advice right now and she doesn't need you dipping your oar in.

She knows that she shouldn't be communicating with the dumper, but old habits die hard. Whatever you do, don't give out to her for chatting to him/her. If you do, she'll probably stop confiding in you and become even more isolated.

This is a personal favourite. Nothing says female bonding like casting spells on a figure made to look like an ex and burning it while chanting. Good for the soul, says I.

Under no circumstances communicate with him/comment on his social media: 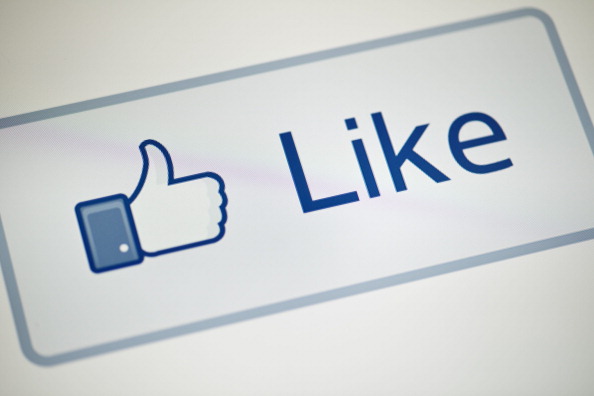 Whose side are you on anyways? I don't care how fond of them you were. For the first few weeks do not like one single photo or status. You know your mate is hawk-eyeing his account like a cray bish and will flip the lid if she sees you liking his stuff.

If you're in a relationship don't talk about it with her:

She honestly couldn't give two fucks about what you and Cormac did over the weekend, no matter how funny you thought it was. Don't be a sap: chatting about your perfect relationship is going to make her feel worse, no exceptions.

Self explanatory, really. Beyonce and Alanis were born to mend broken woman. Throw yer mate into a car and go on a drive blaring 'You Oughta Know' or 'Why Don't You Love Me' at random passers-by. Leer at builders, drag race with the elderly, essentially pull her out of that love lorn pit and reignite her lust for life.

Finally, tell her to read this:

This article by Laurie Penny called 'Maybe You Should Just Be Single', was the most-read thing in my life during my last break-up. I printed it out and kept it on my bedside locker.

In it, Laurie waxes lyrical about the joys of being single, especially in your twenties. She says,

popular
Irish girls name was the most used Irish name in the United States last year
Here's who Yvonne Connolly wants Jack Keating to couple up with
10 stunning and affordable outfits that are perfect for a summer wedding
Airport outfits are all the rage as we head abroad - here are the 4 best ones
Yes, Ronan Keating's son is entering the Love Island villa
Love Island's Gemma finally tells villa about dad Michael Owen on TV
Rachel Stevens has split from her husband just weeks before their 13th anniversary
You may also like
3 days ago
Winona Ryder "struggled to take of herself" after break up with Johnny Depp
3 months ago
Ashley Cain and Safiyya Vorajee split a year after baby Azaylia's death
5 months ago
Pamela Anderson splits from fourth husband after only a year of marriage
5 months ago
Jason Momoa and Lisa Bonet split after 17 years together
5 months ago
Greg O'Shea confirms split from girlfriend after two years
7 months ago
JoJo Siwa confirms split from girlfriend Kylie Prew
Next Page