Isn't she a beauty.

Following a nationwide search, Ford Ireland has crowned a 1978 Ford Fiesta, owned by John Egan from Tuam, Co. Galway, as the oldest Fiesta in Ireland.

The search began as part of a celebration marking Ford’s first launch of the Fiesta 40 Years ago. 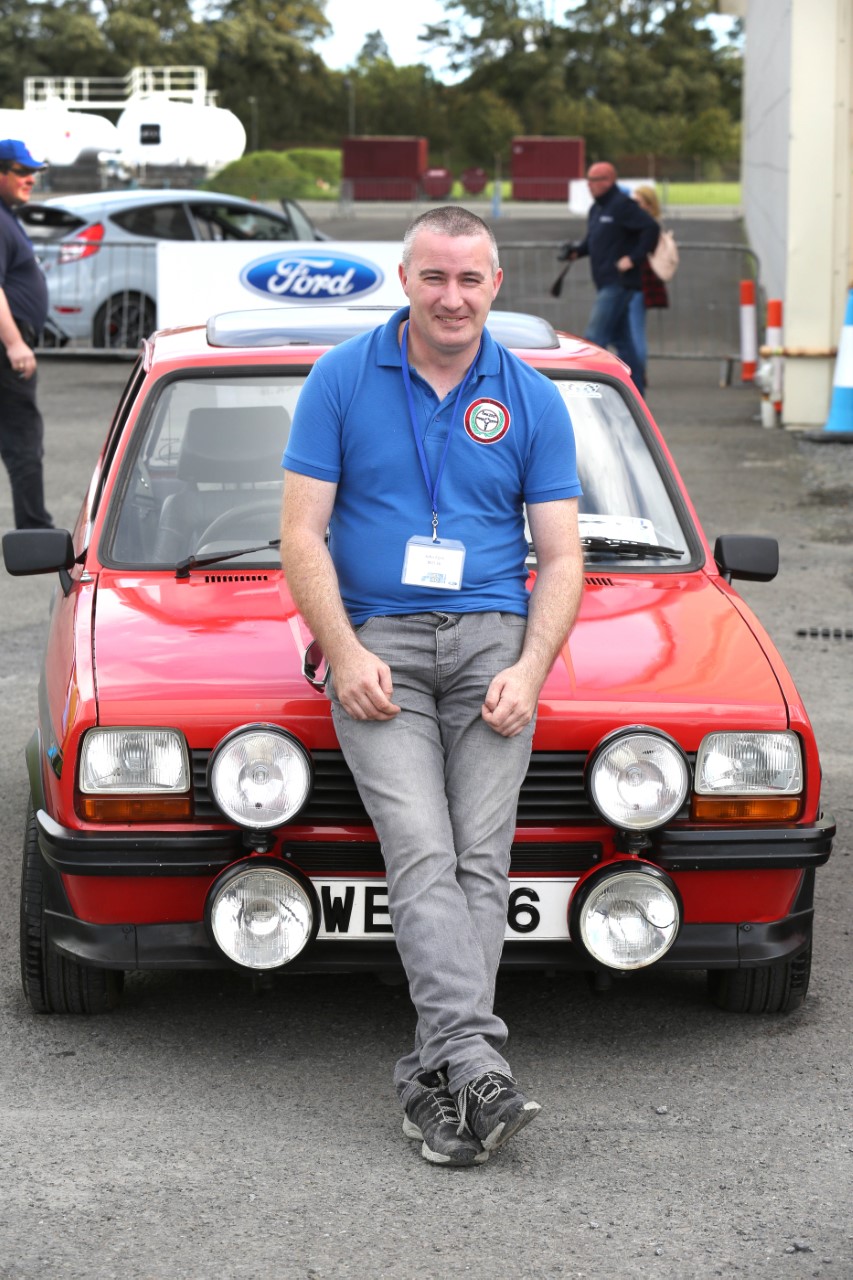 END_OF_DOCUMENT_TOKEN_TO_BE_REPLACED

The unveiling of Ireland’s oldest Fiesta took place at an event which was held at Weston Airport, featured Ben Collins, The (former) Stig from Top Gear, who was on hand to demonstrate the handling and capabilities of the all new 200 horsepower Fiesta ST200. 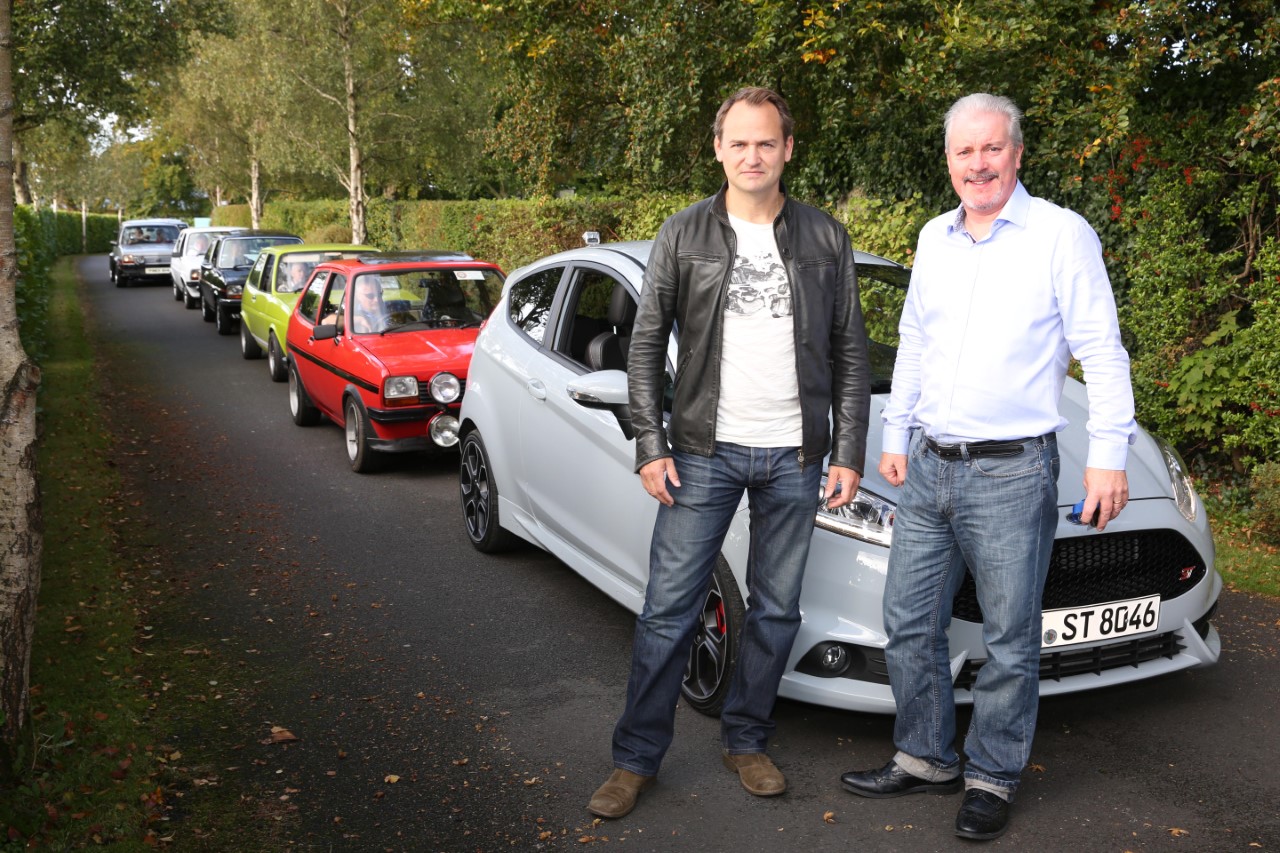 It also brought together some 40 Fiesta enthusiasts from across the country who drove in a range of old and new models in a convoy of 40 Fiestas along the M4. 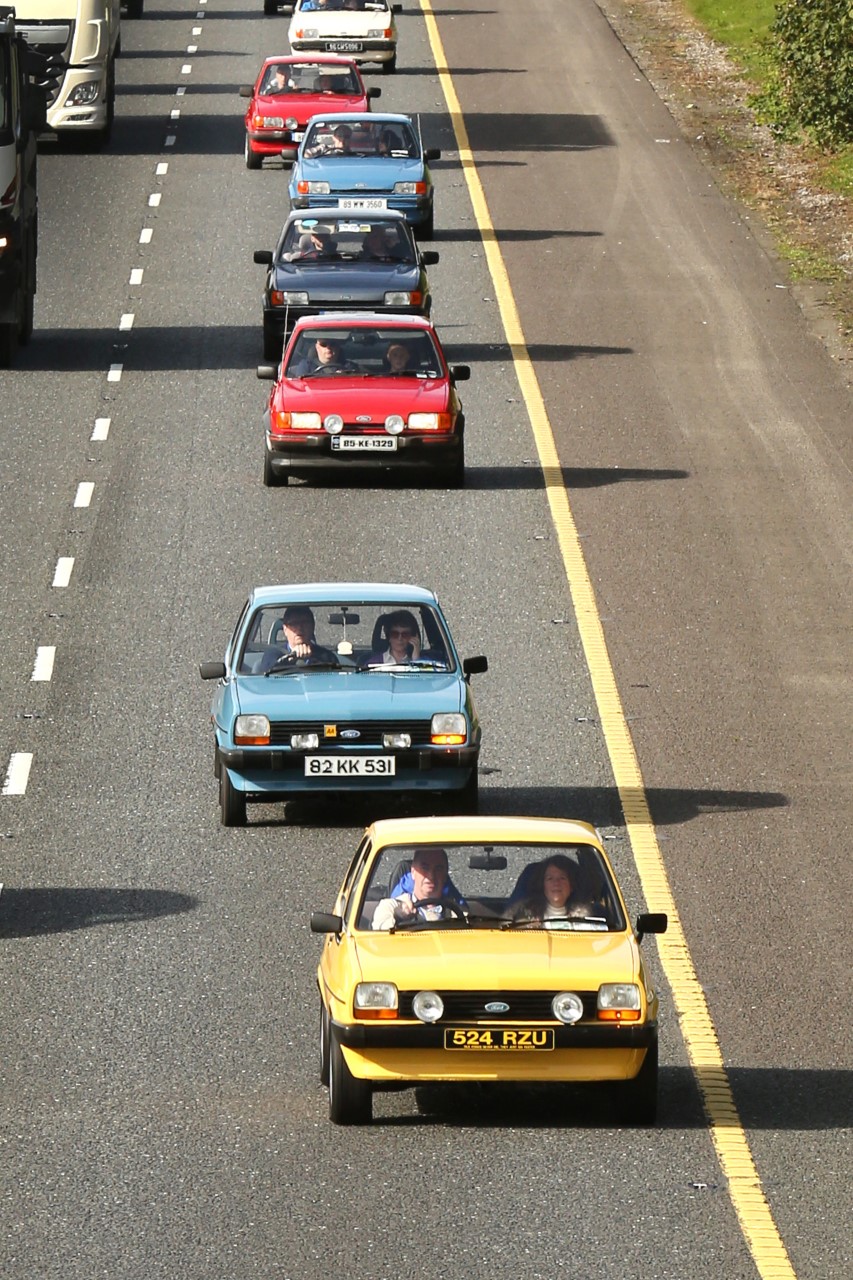 “The Fiesta has been part and parcel of growing up in Ireland over the past 40 years with practically every household having its own connection with the car.

What a great way for us to celebrate that rich legacy by crowning the oldest Fiesta in Ireland on the same day that we see, for the first time, the exciting all new Fiesta ST200 – the old and the new of Fiesta in one snapshot.”

Speaking about the honour of being named owner of Ireland’s oldest Fiesta, John Egan said:

“I am delighted that my car was named Ireland’s oldest Fiesta at today’s event – I have always loved the Ford Fiesta and as you can see with my car, it is a labour of love for me keeping the car in tip top condition. It was my ‘every day car’ up to quite recently, but now I only bring the car out to shows and practically every weekend, it is on show somewhere in the country.”

“You’ve got to love the Fiesta – it’s a cracking little car that has succeeded in staying popular by always changing with the times.  The latest member of the Fiesta family, the all new Fiesta ST200, which I drove today, puts a giant grin on your face and I'm sure that Fiesta enthusiasts will really enjoy owning and driving it."

The Ford Fiesta has sold more than 17 million units around the world since its launch in 1976. In Ireland, some 180,000 Fiestas have been sold giving it a rightful claim to the country’s longest-standing and favourite small car.

popular
Paige Thorne breaks her silence on Jacques O'Neill drama
Top tips for keeping your fake tan on for longer as the weather heats up
Love Island producers respond to claims Jacques was kicked off the show for "bullying"
Apparently, THIS is the reason why Louise Redknapp split from Jamie Redknapp
Met Éireann extends high temperature warning for Ireland this weekend
Ekin-Su Cülcüloğlu signs the biggest fashion deal in Love Island history
Survey reveals the sexual positions women hate most
You may also like
2 weeks ago
George Clooney is planning an Irish holiday this year
3 weeks ago
Europe's heatwave to last until next week, experts say
3 weeks ago
5 amazing city breaks that are perfect for a last-minute trip this summer
4 weeks ago
Gogglebox Ireland are looking for men to join the new season
1 month ago
Sunny weather set to return tomorrow with highs of 23 degrees
1 month ago
Is the Lonely Planet article about Dublin accurate? A Dubliner responds
Next Page