She wanted to "push back" after the suggestion.

A mum in the United States has been praised for her response after daycare staff suggested she dress her baby daughter in a more "girly" way.

Steve Rold and his wife, Jessica, were left confused after some of the staff members advised them that they may want to put the infant in more "dresses or putting bows in her hair" so other people don't think she was a boy.

END_OF_DOCUMENT_TOKEN_TO_BE_REPLACED

Thankfully, though, Jessica knew the best way to respond - and people began to applaud her after Steve shared a photo of their daughter's outfit the next day on Reddit.

The picture shows the baby looking off to the side, with a post-it bow on her head. 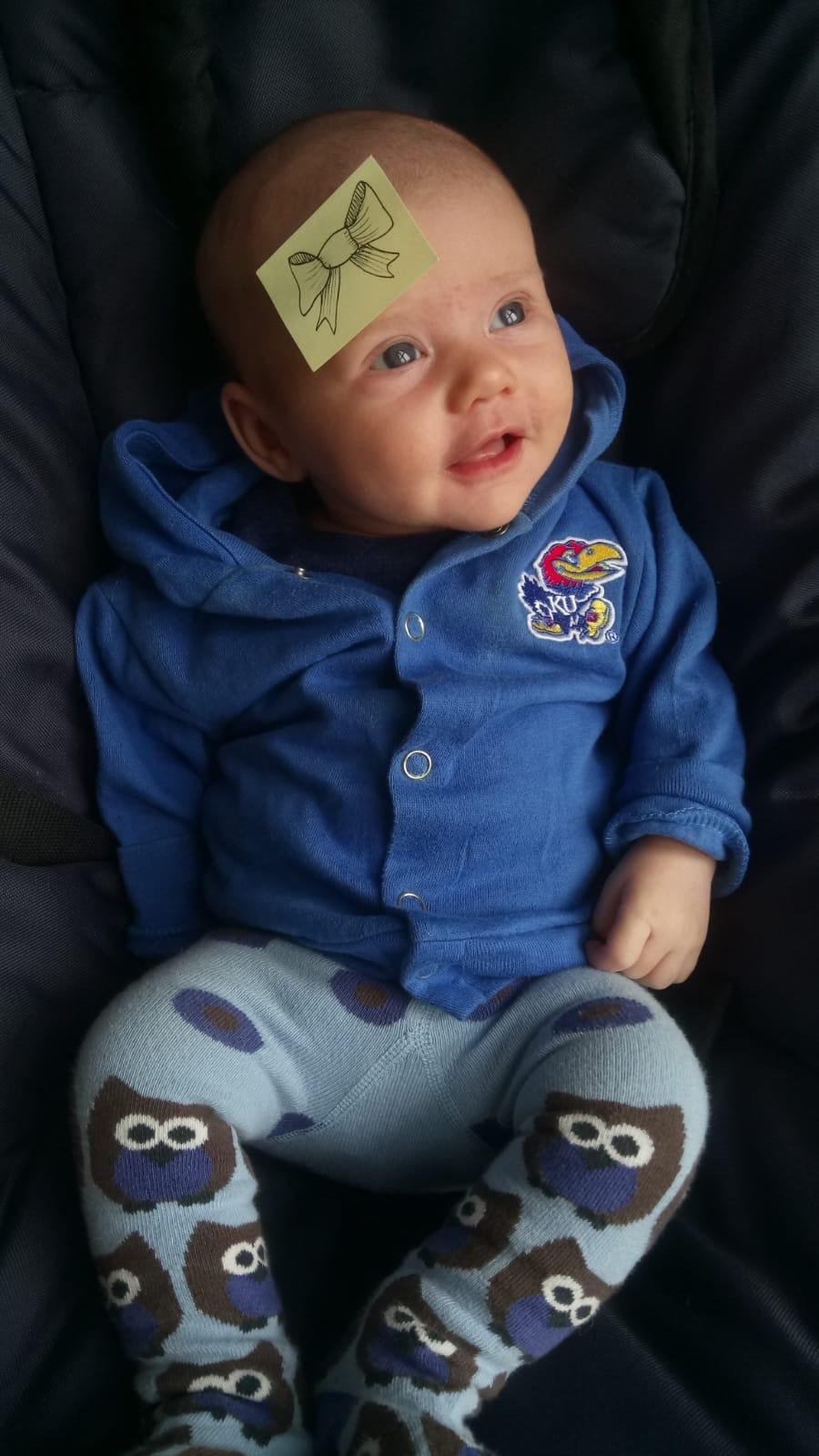 On the incident, he told Babble:

“A few of the older teachers at the daycare made suggestions to my wife that we should think about dressing our girl in more dresses or putting bows in her hair so that the other kids would know that she was a girl when my wife was there with her to pickup our 2-year-old son.”

He admitted that while his wife hadn't been offended by the remarks, she was keen to "push back" in a poignant (and hilarious) way.

He explained to the publication that they often dress their baby girl in whatever is the easiest on the day - sometimes, that means using some clothing that was once in her two-year-old brother's closet.

“We never bothered to find out the genders of our children ahead of time.

"So most of what my daughter wears at the moment are hand-me-downs we bought before we knew our son was even going to be a boy.”

popular
Nick Cannon's 5-month-old son Zen has passed away
Woman killed in Clare crash named as Peggy Twomey, mother of Marty Morrissey
Mrs Brown's Boys star Fiona O'Carroll split from co-star husband after 15 years
Maura Higgins ends up in A&E with everyone's nightmare injury
Someone has ranked the penis size of men from all over the world
People are losing it over Lana del Rey wearing a Shein dress on the red carpet
Woman in her 90s dies after horrific road crash in Clare
You may also like
3 weeks ago
Woman 'rolls down mountain', leaves hilarious review about her 5-star leggings
3 weeks ago
A TikTok mum shares life tips for people who doesn't have a mum in their lives
4 weeks ago
Who started the 'plant one tree for every pet picture' trend on Instagram?
1 month ago
Outrage after man criticises wife for bleeding after birth
1 month ago
Cinnamon rolls baked in a waffle maker might just be our favourite new food trend
1 month ago
WATCH: Parents see person walk past daughter's crib in creepy baby monitor footage
Next Page