We are all the baby bear.

If you've watched any Disney film ever or seen anything narrated by David Attenborough, you'll know that there are lessons from the animal kingdom that are very applicable to our own lives.

It's not that the wonderful creatures that roam this planet exist purely for humans' benefit, but rather that when we strip it back we're not all that different from dogs or giraffes or sharks or beetles.

This week's lesson comes in the form of some heart-stopping footage that's been doing the rounds on Twitter.

We could all learn a lesson from this baby bear: Look up & don't give up. pic.twitter.com/nm0McSYeqY

The clip, reportedly captured by a Russian man and shared online over the weekend, shows a young grizzly bear becoming separated from its mother as they climb a steep, snow-covered slope together.

Mama Bear makes it to the top with relative ease but Baby Bear loses his footing and slides away and down the mountain.

What follows is almost three minutes of captivating cinematic tension as Baby Bear tries over and over again to get up the mountain and to his mum.

The worst moment of all? When he comes within feet of her and she swipes to reach him, disrupting the snow and causing him to slide further than ever away. 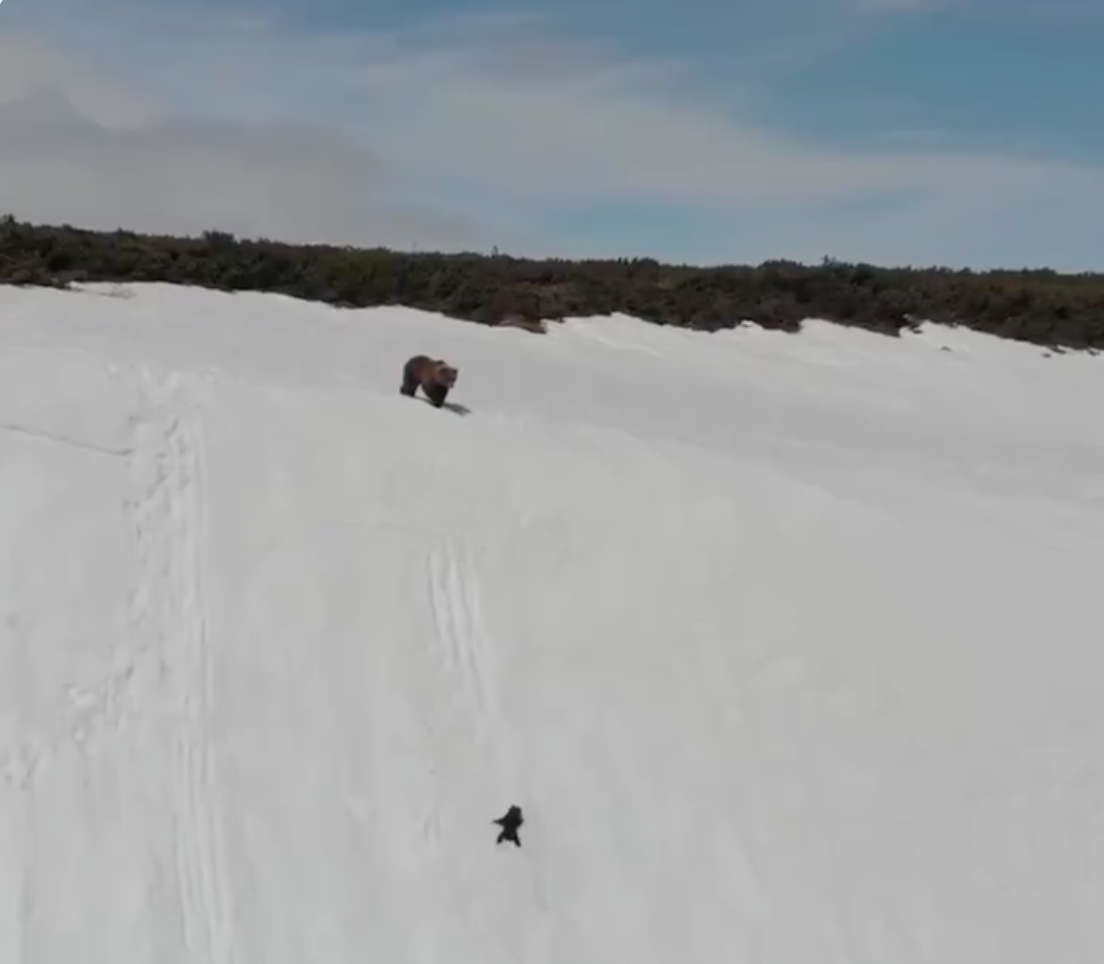 END_OF_DOCUMENT_TOKEN_TO_BE_REPLACED

Baby bear is full of resolve though and without thinking twice, scurries back up the mountain, eventually reaching Mama Bear and bringing our terror to an end.

The clip has been viewed over 17 million times since Saturday and is making people on the internet feel in minutes what even brilliant films make us feel over the space of hours.

This baby bear is the literal picture of resilience and I adore it. ???? https://t.co/KTPqoGILtv

I just saw myself in the baby bear... https://t.co/AYxpqBZdT1

*when the baby bear falls for the 4th time
Me: pic.twitter.com/9z3V4XcfAm

this is almost giving me lion king flashbacks pic.twitter.com/Sf9dHZO8mM

We reckon it's pretty fitting that the video went viral on a Monday as it's filled us with the kind of oomph we need to plough on through another week of chilly commutes and short evenings.

So go. Be that baby bear. Take your knocks, dust yourself off and go get your mum, or whatever it is you need to get this week.

popular
Women are rinsing their hair in apple cider vinegar – and the results are amazing
Met police apologise for "sexist, derogatory" language used in strip-search
Britain’s biggest family to break new record with another baby on the way
Government to publish bill on right to request remote work option
"Hair contouring" is about to be huge, here's everything you need to know
Gardaí investigating alleged sexual assaults on teenage girls in Sligo
Worried about a loved one? Here are 5 signs of suicide to look out for
You may also like
3 weeks ago
According to tradition, your Christmas tree should stay put for a while longer
1 month ago
Turns out, we have been using micellar water completely wrong
2 months ago
WATCH: Woman "disgusted" as she catches man filming her in gym
2 months ago
Woman 'rolls down mountain', leaves hilarious review about her 5-star leggings
2 months ago
A TikTok mum shares life tips for people who doesn't have a mum in their lives
2 months ago
Who started the 'plant one tree for every pet picture' trend on Instagram?
Next Page