Know someone in a bad relationship? This could be why they're staying in it

We've all been there, stuck in a relationship that wasn't the best for us but for some reason we stayed.

Many people break up with their significant other and after all the tears and healing has taken place, they begin to wonder why they stayed with that person for so long.

According to Stylist, the reason why many of us stay in the relationship even though we're not necessarily 100% is because of something called the 'sunk cost effect'.

Psychologist Sarah Rego has said that this theory means that because you've invested so much into the relationship, you're going to want to continue investing in it. 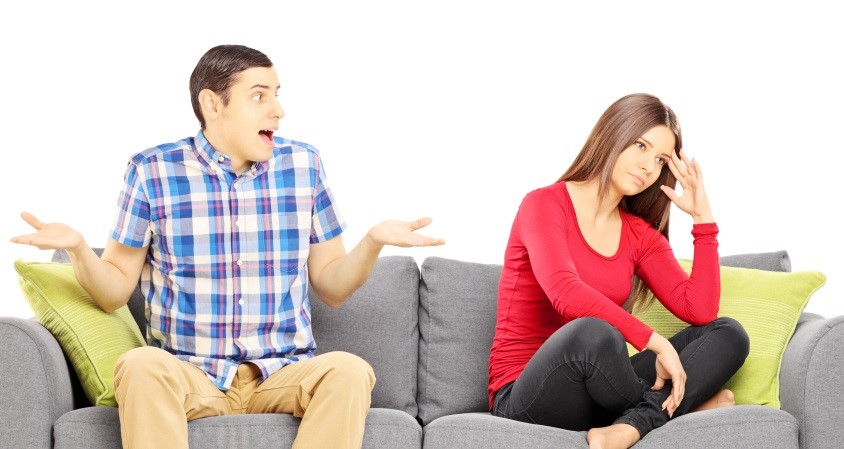 END_OF_DOCUMENT_TOKEN_TO_BE_REPLACED

In Portugal, at Minho University, Rego and two colleagues asked 1,000 participants of a study about this 'sunken cost effect'.

The study presented people with hypothetical situations with their other half and asked what they'd do in certain situations.

END_OF_DOCUMENT_TOKEN_TO_BE_REPLACED

The subjects were divided into 4 groups, and everyone was asked what they'd do if trapped in a sexless and unhappy marriage.

Results from the study found that 35 percent of people who had invested money and effort would stay their spouse, while 25 percent of people admitted they'd leave a marriage if it was still new and if they hadn't put in much effort.

The authors of the study said sometimes people are committed to a relationship because of money, time and effort rather than love.

"Together... experiments confirmed the initial hypothesis that investments in terms of time, effort and money make individuals more prone to stay and invest in a relationship in which they are unhappy."

popular
Netflix's true crime series Sins of our Mother is seriously insane
So, William and Harry have a step sister... and who knew?
Why Are Men so Obsessed With Boobs? The Answer is Pretty Surprising...
Smyths issues warning to parents ahead of Christmas
Love Island's Paige opens up on the moment she changed her mind about Jacques viewers didn't see
A Criminal Minds re-boot is happening – and here's everything we know
Brian O'Driscoll brings the wrong dog home from the groomers
You may also like
3 years ago
The one thing that couples should do together every day
3 years ago
The three questions you should ask before ending a relationship
3 years ago
Apparently, living together before marriage can have THIS side effect
3 years ago
Research suggests this physical trait makes for a better relationship
3 years ago
Science says this is how many dates you have to go on before you find 'The One'
3 years ago
The age you get married could affect whether you divorce or not
Next Page