What does be going on in Nigel Farage's head at all?

His speeches actually beggar belief and what he said in the European Parliament yesterday might be the worst yet.

The UKIP leader and MEP was perhaps the most prominent voice of the Leave campaign in the build-up to the Brexit referendum, and now that he's got his way he's been gloating to anyone who will listen. 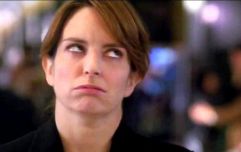 END_OF_DOCUMENT_TOKEN_TO_BE_REPLACED

Yesterday, the controversial figure gave an incendiary speech to the European Parliament - goading his fellow politicians as though he were an English soccer hooligan in a French café.

"17 years ago you all laughed at me, you're not laughing now," he taunted. He went on to make the dubious assertion that nobody in the Parliament had done an honest day's work in their lives.

The internet quickly seized upon this monumental gaffe, noting that the man sat behind him is Vytenis Andriukaitis - a Lithuanian heart surgeon who was deported to Siberia along with his family as a toddler.

His facepalm says it all.

Farage spot on as ever
(With thanks to @tweeter_anita ) pic.twitter.com/1OdecnP6oy

popular
Bobi the farm dog is the oldest living pooch ever aged 30
Police believe they know what happened to missing dog walker Nicola Bulley
Siobhan O'Hagan reveals she's expecting her first child
Louise Thompson required surgery after haemorrhaging at home
Love Island's Anna-May admits she thinks one of the girls is playing a game
Bachelor Nation star Sarah Herron's baby passes away shortly after birth
Edward from Jedward has confirmed that he is not single anymore
You may also like
2 years ago
Amazon warns Irish customers about new post-Brexit charges
3 years ago
UK general election sees Boris Johnson secure a conservative majority
3 years ago
Boris Johnson's 'Brexit, Actually' Love Actually skit is just as painful as you'd expect
3 years ago
"This is a springboard to do something ballsier" Snow Patrol's Gary Lightbody on what's next for the band after 25 years together
3 years ago
The EU has agreed to a Brexit extension until 31 January 2020
3 years ago
A 'fair and balanced' Brexit deal has been reached
Next Page