It's been a long time coming, this.

Earlier this week, Nike's flagship store in London did us all a solid and introduced some diverse mannequins.

The mannequins were plus-size, modelling sportswear that curvier women can actually wear and, even more surprisingly, they actually looked like real bodies.

Nike's move comes as part of a long line of top clothing brands making considerable efforts to ensure that their advertising does actually appeal to those of us who aren't a size 10 and under.

The likes of Boohoo, Nasty Gal, and ASOS have already jumped on similar ads, campaigns, and bouts of representation as they hire women who wouldn't fit the so-called norm for what was once considered to be beautiful in the fashion industry.

These campaigns are important. They're representative of groups that have long been forgotten by the fashion and beauty industry and, maybe more importantly, they're real.

And growing up, the likes of this definitely would have been appreciated.

When I was younger I would watch TV just hoping to catch a glimpse of a woman who was breathtakingly stunning - but also happened to be carrying a bit of weight around her stomach. 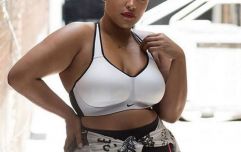 END_OF_DOCUMENT_TOKEN_TO_BE_REPLACED

I'd go shopping with my mam and becoming increasingly frustrated trying on clothes because I didn't look like the girls in the shop window. I'd look at the dresses on mannequins and want to give them a go, but be safe in the knowledge that they absolutely would not look the same on me.

Don't get me wrong, this lack of curvy representation growing up didn't destroy me. I trundled along pretty much alright until the my early 20s when I realised that being hot as fuck and having massive thighs weren't mutually exclusive.

But there was always an absence, and it was noticeable. 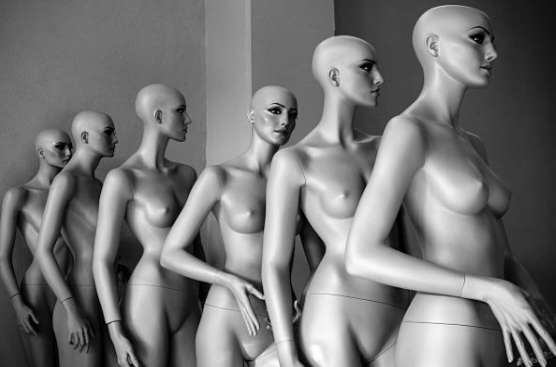 Just 10 years ago, it was rare to see any sort of body type that wasn't completely slim being portrayed as beautiful, inspirational, or the ideal.

A lot of the time, the only representations of bigger bodies came in the form of crude red circles drawn around stomach fat in in Heat magazine, or women on telly desperately trying to hide their curves because they knew that in order to be successful, you more than likely had to be skinny.

In 2008, there was quiet uproar when P!nk appeared in the music video for 'So What?' daring to wear a crop top while not having an entirely flat stomach.

Stills of the video were screenshotted by magazines and entertainment websites, highlighting the small bit of flesh that happened to be resting just above her waistline.

At the time, it was somehow scandalous that a global superstar like P!nk would give so little shits about what people thought of her body. Nowadays, it's the norm. 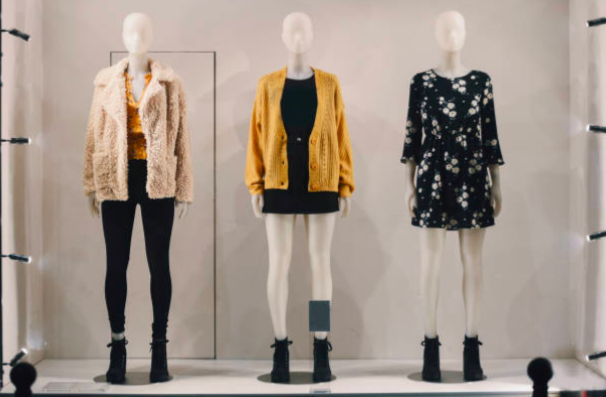 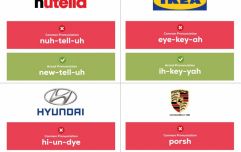 You've probably been mispronouncing these brand names all of your life

END_OF_DOCUMENT_TOKEN_TO_BE_REPLACED

Being exposed to a variety of body types from a young age has an effect. A positive one, at that.

I don't doubt that the likes of Nike's plus-size mannequins would have made me feel far more comfortable in my own skin growing up.

They would have made a massive difference to my self confidence, my sense of self-worth, and my fears about not being anywhere close to the skinniest girl in school.

Teenagers today have enough to be feeling anxious about with the constant prevalence of social media making it increasingly difficult to not always be 'on', but at least with that prevalence comes a little more representation, diversity and acceptance.

Things that certainly wouldn't have gone amiss 10 years ago.

popular
Irish influencer Lisa Jordan reveals her little boy's name and it's so cute
It turns out we may have been brushing our hair wrong the whole time
WATCH: Former 'Charmed' actress shows off shocking hair loss due to COVID-19
Bacteria watch: 7 dirty things to clean in your home immediately
83,000 people uninstalled Covid Tracker App following battery issue
The 2021 Ikea catalogue has been revealed – and it is filled with ideas and inspiration
Three children and two staff test positive for COVID-19 at Meath creche
You may also like
4 months ago
Nike Air Max pastel unicorn trainers exist and they are EVERYTHING
8 months ago
Nike has created a pair of shoes specifically for nurses, doctors and other health workers
9 months ago
Nike Air Max with holy water in the soles exist so now you can walk on water
1 year ago
The distinct meaning behind Serena Williams' Swarovski Nike brooch
1 year ago
Searches for plus-size activewear have risen exponentially since Nike's new mannequins
1 year ago
Nike introduces in-store mannequins that actually look like real people
Next Page