And yet, not really.

No matter your gender, chances are you'll be fairly familiar with the art of personal grooming. 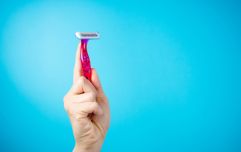 END_OF_DOCUMENT_TOKEN_TO_BE_REPLACED

Whether your shave yourself bare, leave it all au naturale, or just pluck a few bits here and there, grooming tends to be a regular topic of conversation when it comes to the supposed inherent differences between men and women.

As it turns out though, we're not all that different - well, at least the majority of people who took part in this recent survey aren't anyway. 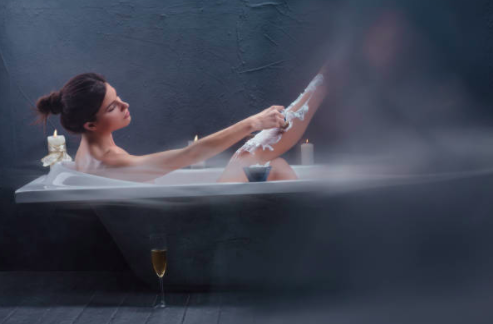 A recent study conducted by Skincare company, Advanced Dermatology, showed that the most groomed area on the body for both men and women is the pubic area. 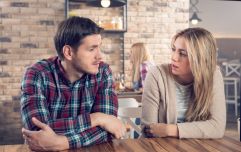 END_OF_DOCUMENT_TOKEN_TO_BE_REPLACED

68 percent of women and 32 percent of men said that they rid their groins of hair (or just give it a bit of a trim) around once a month.

The most common method of hair removal is a razor with this specific type of grooming generally starting when a person is a teenager.

Similarly, the most frequent grooming practice is shaving underarm hair, with 87 percent of women using a razor to get rid of their hair every couple of days.

Just 13 percent of men said that they would groom under their arms. 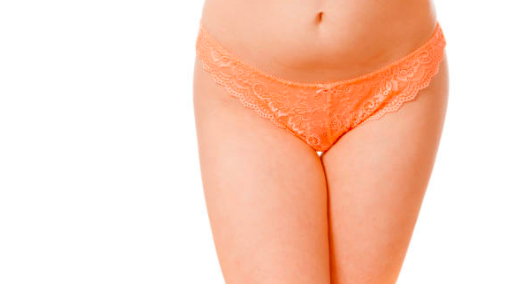 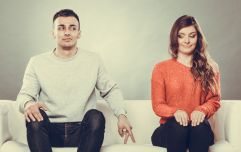 END_OF_DOCUMENT_TOKEN_TO_BE_REPLACED

The survey gave a pretty in-depth insight into the frequency of grooming and the areas that most attention is paid to.

There were a few obvious contributions - almost twice as many men as woman shave their faces and far more women regularly pluck their brows - but there were a few things that were fairly surprising.

According to the study, over half of women and almost 45 percent of men shave their butt cheeks on the regular.

Even more surprising is that this kind of grooming begins when a person is a teenager too. 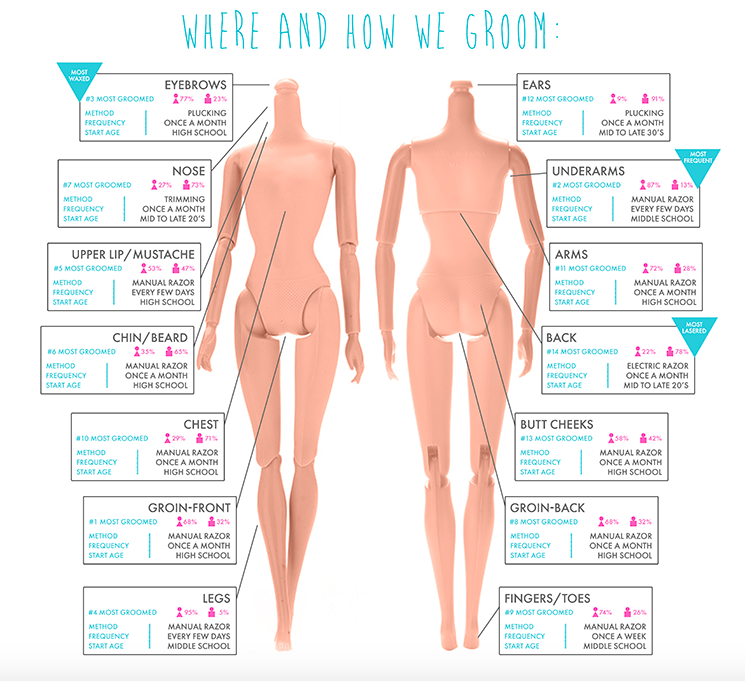 Now, this study was conducted using participants from the States, so we can probably go ahead and assume that it may not be totally accurately for us here in Ireland.

Still though, lots to consider lads.

Think how much time we'd save if we didn't have to shave our toes every other week.

popular
Love Island's Faye Winter says she feels like she's "failing" as an influencer
Davide Sanclimenti opens up on having kids with Ekin-Su Cülcüloğlu as he turns down Dancing On Ice
Kelly Osbourne shares "wild" judgement she got for deciding not to breastfeed
McDonald’s launches Happy Meals for adults with toys included
Kesha's mom explains controversial Jeffrey Dahmer lyric in hit song Cannibal
5 delicious brunch spots around Ireland to try out on your next trip with the girls
Here are the baby name trends set to dominate 2023
You may also like
3 years ago
Study finds major side effects when it comes to pubic hair grooming
4 years ago
Apparently, having pubic hair can actually get you more sex
4 years ago
RTÉ producer to be charged with child grooming offences today
5 years ago
The 10 things we've learned about eyebrow grooming
6 years ago
This Craze In Pubic Hair Grooming Has Left Us A Little Bit Baffled
1 month ago
Instagram now lets you opt out of weight loss ads - here's why that's a good thing
Next Page