"If the Irish State, acting in our name, continues to deny people access to their own birth information and identity, we are perpetuating a culture of shame and silence."

Republic of Shame is a hard-hitting read. Written by journalist Caelainn Hogan, the just-released book explores Ireland's history of institutionalising women and children, and unpicks the intersections of family, society, Church and State.

While researching the book, Hogan says she was shocked by the scale of the system of institutionalisation.

"Not only the number of children who died in the mother and baby homes, which is harrowing, but also how vast the wider system of institutionalisation was: the interconnected adoption agencies, holding centres, industrial schools, reformatories, orphanages, so-called training schools, and of course the Magdalene Laundries.

"Some people born in mother-and-baby homes spent their entire lives being sent from one institution to another, passed around within this system, given hardly any proper education, often exploited and abused." 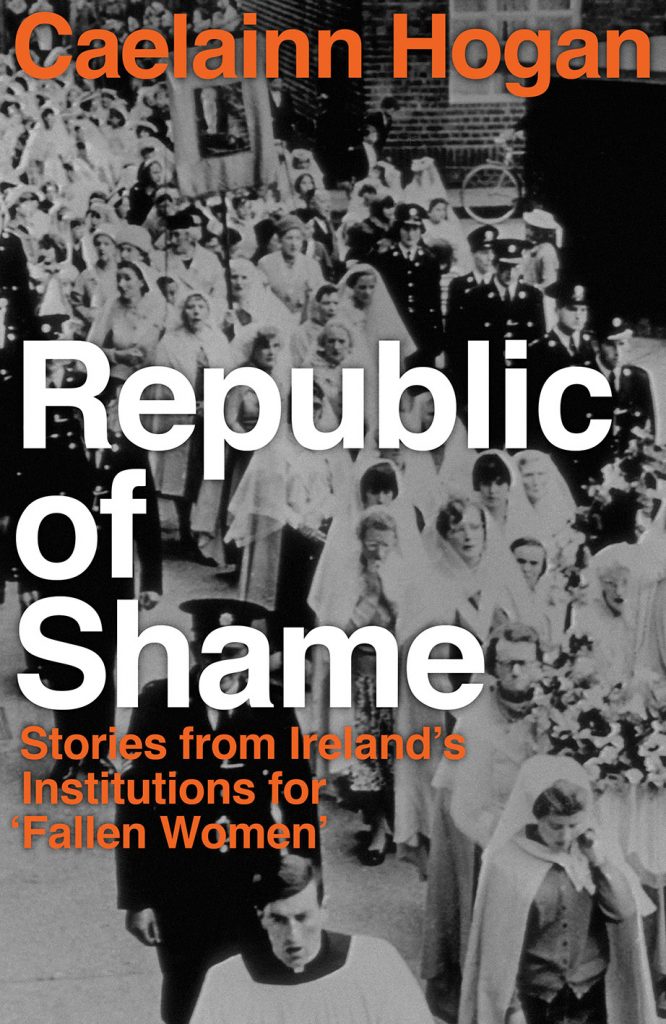 One such woman was Julia Devaney, who lived in workhouse as a child before being sent to work in the Tuam mother and baby home. For her book, Hogan got access to the transcripts of interviews with Julia that were recorded before her death. The stories are chilling.

Julia speaks of women who fought being sent to mental hospitals or to Magdalene laundries, and of pot-bellied children with malnutrition being "marched like prisoners" by the nuns. While children were fed porridge and "starchy grub", it was a different story when County Council members visited and they were treated to a "glorious feed...beef and everything".

Julia described the nuns as being "not in service to God, but in the service of  Galway County Council."

It would be easy for us, as a society, to relegate all of this to a past that feels far removed from 'modern Ireland' but Hogan says that the legacy of State institutionalisation is still affecting people's lives today.

"I was born in 1988 and my mother wasn't married, though my parents were living together. I met a woman randomly at an apartment viewing who was born the same year as me in Bessborough mother and baby home and was only beginning to try trace her mother. This isn't the past, it is a present that we still have to reckon with.

"When I speak to people about the book, almost everyone has a story of their own, whether it's an aunt or a friend, a father born in the institutions, a grandmother they never met because of the legacy of shame. I think for a long time Irish people felt they could not trust each other and felt they could not question the status quo. For many years it felt impossible for people to question the religious hierarchy in this country."

Those sentiments were still alive right up until recent times, Hogan found.

"So many people said to me, 'it was the times'. But these institutions operated from the 1920s until the 1990s. I found out through my reporting that one mother-and-baby home in Donegal operated until 2006.

"I was also shocked by the number of children whose burial place could not be accounted for. I met mothers who were still searching for where their babies were buried. That simply dignity was being denied to people still.

"I want people to realise that this is not history... Mothers are still searching for their children. People born in these institutions still don't have the right to their own birth names." 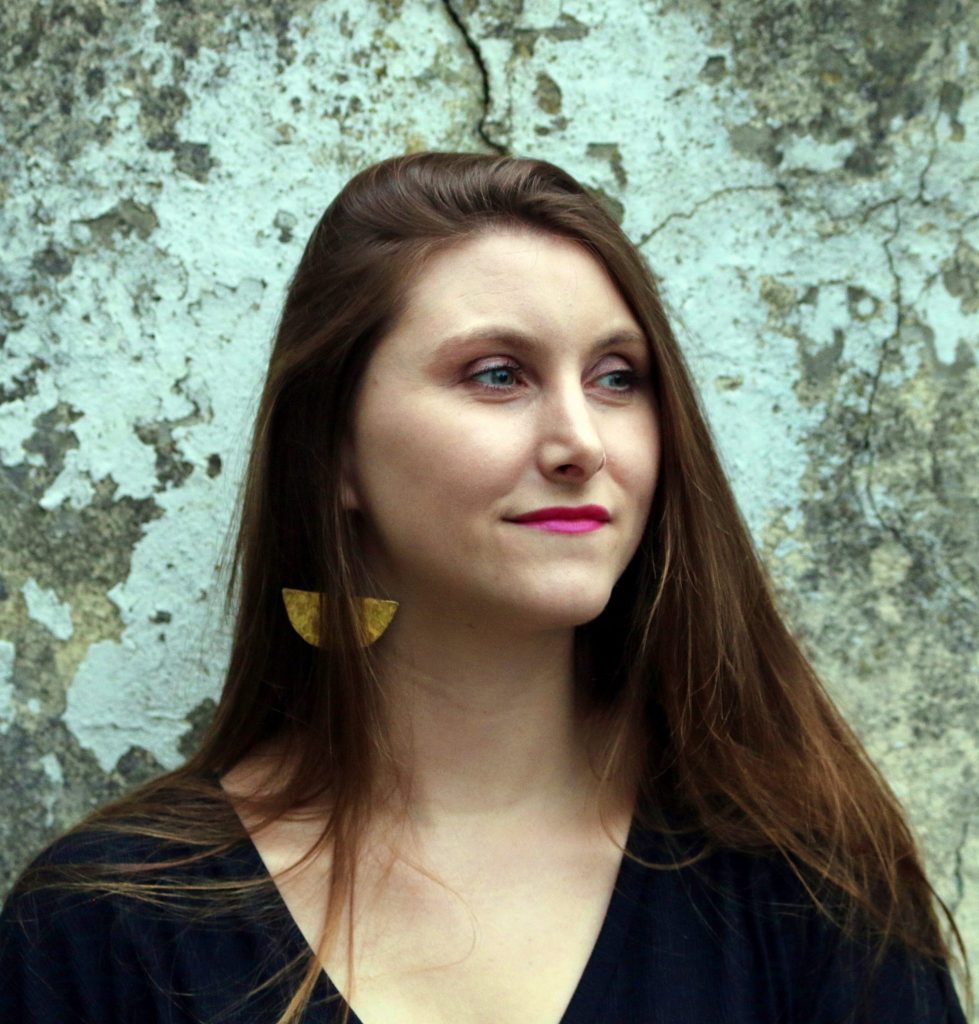 Hogan says that one woman she spoke to has been waiting three years for Tusla to respond to her request for information about her birth.

"Survivors of the institutions are still being denied their right to identity and to family, with many barriers to accessing their own information and records.  The current attempt by the government to seal records from the Commission of Inquiry into Child Abuse for 75 years, along with the ongoing legal barriers to accessing birth information, perpetuates a culture of secrecy.

"If the Irish State, acting in our name, continues to deny people access to their own birth information and identity, we are perpetuating a culture of shame and silence."

Writing Republic of Shame involved a steep learning curve for the author.

"I realised how little I personally knew about this wider system of institutions and how they were interconnected. I didn't understand how many lives were still impacted by this legacy of shame.

"People carried a terrible sense of shame within themselves, in silence, for many years, only to find out that people within their own families or neighbourhoods were keeping the same secrets. Church and State institutionalised alarming numbers of people just for being vulnerable or for challenging the status quo. Women being pregnant out of wedlock challenged the authority of the church and also challenged the national myth of Ireland as a pure and moral country."

In Republic of Shame, Hogan draws parallels with the institutions of the past and thee system of Direct Provision today.

"We are continuing a long tradition in this country of institutionalising those who are most vulnerable and marginalised and giving State money to for-profit institutions rather than to people themselves.

"I think there is still a deeply ingrained hostility towards people who are vulnerable and marginalised in Ireland, a tendency to blame people for being in crisis rather than attempting to address the inequalities and stigma that make people vulnerable in the first place. The way we continue to institutionalise vulnerable people only deepens stigma and marginalisation."

Republic of Shame is published by Penguin at €24.99.


popular
The PERFECT €22 Penneys dress everyone will be rushing to buy in the coming weeks
The story behind Netflix's latest true crime documentary is absolutely off-the-wall bonkers
Getting married in 2020? These ASOS bridesmaid dresses are seriously gorgeous
Penneys are now selling Riverdale t-shirts and yeah, we need them all
So, William and Harry have a step sister... and who knew?
Here's why Josh Sanderson is missing from To All The Boys: P.S I Still Love You
Life's Mottos: Top Ten Inspirational Quotes
You may also like
3 months ago
On TG4 tonight, Evanne Ní Chuilinn tells her story of being adopted from an Irish Mother and Baby Home
2 weeks ago
5 things I wish I had known before I moved halfway across the world by myself
2 weeks ago
Joy in January: "I had to teach myself to fall in love with the rain"
2 weeks ago
Cassie Stokes' unmissable new show, Curated With Cassie, will be live on YouTube this Monday!
2 weeks ago
The NBA, my dad and me: What I learned on my first father-daughter trip
2 weeks ago
Petmania have launched a Valentine's Day pamper package for your pooch and it's TOO cute
Next Page