Is This ONE Fact the Single Thing All Women Have in Common?

As a proud owner of a vagina I frequently find myself in frustrating conversations about feminism.

People complaining about feminist fatigue, people claiming that rape culture and victim blaming doesn't exist and even people maintaining that feminism is anti-men or just plain not necessary anymore.

And it's not always just me and the vagina arguing back and forth; often times there're other people involved, and I have to put the vagina away as her opinions can often be delivered in a strident tone not conducive to convincing anyone of the urgent need for feminism. You can still kind of hear her muffled rhetoric from inside my crotch, but I think only women can hear the exact pitch of a stifled vagina. We keep them under wraps as most people wouldn't consider a vagina the most appealing vehicle for spreading the good word about feminism. What we really need are some sexy actors to propagate the message (luckily there's a few of those kicking around, Benedict Cumberbatch et al.). 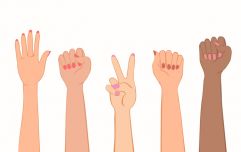 END_OF_DOCUMENT_TOKEN_TO_BE_REPLACED

I think a lot of conversations about feminism are so frustrating because the average (Western) man's experience of the world and the average (Western) woman's experience is so fundamentally different. When trying to illustrate this point to male friends, I used to ask this question: "Have you ever been touched against your will?" Of course, plenty of men and women have been touched (and worse) against their will, but I found time and again that for women it was completely a given. A fact of life. Of course, we have been touched against our will. For me, often the touching was 'mild', a casual groping or a sudden seizing of my body as though it was public property by a passing stranger and in these cases, I realised that I had come to accept them as an inevitability, an unfortunate but intrinsic part of being a woman.

The argument still did not satisfactorily explain the chasm between men and women.

I tried a different approach. Calling on a man for help, John Berger author of seminal series and book Ways of Seeing. With these words, John sums up beautifully the burden of being a woman and the legacy of objectification:

"A woman must continually watch herself. She is almost continually accompanied by her own image of herself. Whilst she is walking across a room or whilst she is weeping at the death of her father, she can scarcely avoid envisaging herself walking or weeping. From earliest childhood she has been taught to survey herself continually."

Oh, John, no man has ever understood me like you do.

Of course, Ways of Seeing was written in the early 70s and one would hope that society has evolved since then. And we have, though possibly not in the direction John might've hoped. It could be argued that these days with the social media explosion and the Cult of the Self(ie) the continuous self-surveillance has become a population-wide issue and is no longer quite so gender-specific.

And so back to the drawing board. Incidents of rape, while horrific, are also thankfully not universal and so while the statistics on violent crimes against women are terrifying it is not the single thing that all women have in common that could demonstrate what men don't understand about being a woman. 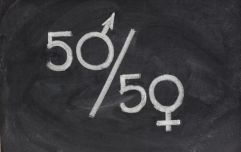 END_OF_DOCUMENT_TOKEN_TO_BE_REPLACED

How to simply fem-splain once and for all just what is the big difference between men and women?

The answer came as it so often does while in the throes of a YouTube binge. I went on there to watch the trailer for Sing Street and came up for air 7 hours and 42 movie trailers later just long enough to watch this enlightening video by Juanita Butler, creator of the Juani Begood Show – a web series devoted to life's awkward moments.

The sketch is called A Guy Jacking Off at You. The description asked the question 'has this ever happened to you?' To which I laughed and thought "that question should actually be HOW MANY TIMES has this happened to you?"

I told you she can be kind of militant. 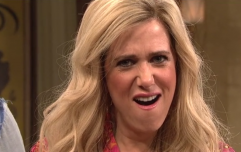 END_OF_DOCUMENT_TOKEN_TO_BE_REPLACED

The video is brilliant and contains the best word of all time, 'Vaginacologist', that I'm hoping will be adopted into mainstream usage before long. Beyond the humour though it says so much about the experience of women. Rape and violence against women are daily occurrences, so prevalent as to be considered commonplace. On a less extreme level, minor violations against women are completely normalised.

This video perfectly and succinctly answers the question: "What's it like to be a woman?"

Answer: "We all, at one time or another, have been wanked at."

Has this ever happened to you? Or should we say how many times have YOU been wanked at?

Girls With Goals || Her · Ep.161: Feeling Peachy - Sharon Keegan of Peachylean on being an absolute BOSS!
popular
Emilia Clarke is set to be the next Marvel superhero
Jennifer Lopez just shared a steamy snap of herself and Ben Affleck – and WOW
Jennifer Lopez and Ben Affleck just became Instagram official
Sunburned? Eating these 5 foods will help your skin heal from within
The sad reason why viral gymnast, Katelyn Ohashi, isn't on the USA Olympic team
Spanish town offering free houses and jobs to entice people to move there
Love Island's Dr Alex marks one year anniversary of brother's passing
You may also like
2 years ago
Bryan Cranston proves he's the ultimate feminist in supportive Instagram post
2 years ago
'Santa Baby' is the latest Christmas song to come under criticism as Miley Cyrus changes lyrics
2 years ago
'How dare you NOT call yourself a feminist?' - It Galz share their views on labels
2 years ago
Liam Payne has demanded that women be treated with more respect
2 years ago
Topshop pull out of a pro-feminist book promotion and people are livid
3 years ago
Germaine Greer thinks punishment for rape should be lowered to an 'R' tattoo on the rapist's hand
Next Page