One Irish Man's Love For His Wife: This Real Life Version of The Notebook Will Break Your Heart

The heart breaking story behind the movie The Notebook has been brought to life by one elderly Irish couple and will be featured in a documentary that will bring tears to your eyes.

Frank Coleman has reportedly moved into a nursing home where his wife Mary has been living in order to remind her of the life that they had had together. The documentary, which will screen on TV3, shows Frank’s battle against his wife’s Alzheimers in a poignant real-life story that echoes the script of The Notebook.

Frank and Mary, who have been married for 68 years, were separated when Mary had to move into a West Dublin nursing home following her diagnosis with the disease.

Frank, 88, took matters into his own hands when he decided to leave their marital home in order to move in with Mary so that he could recall for her their life together. 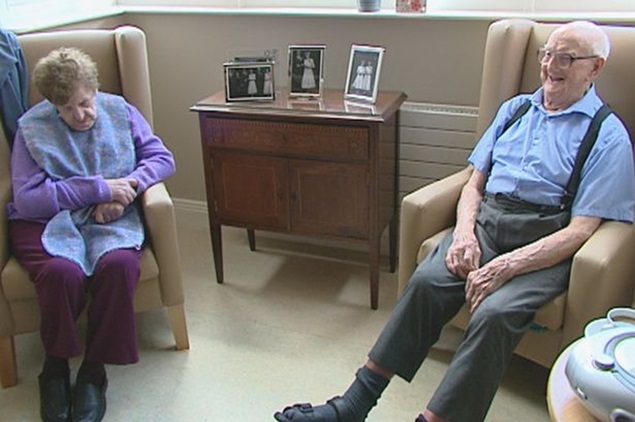 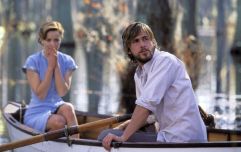 END_OF_DOCUMENT_TOKEN_TO_BE_REPLACED

“She had to come here and that was the saddest part of me – that I didn’t have a daughter to look after us,” he told TV3. “I used to bring her to the doctor. He told me she was sick, Alzheimer’s.

“I didn’t notice it. She must have had it when she was with me in the house. I didn’t know what it was. They told me she was sick and then I felt sad over that and she had to go into the home,” said Frank who had been living in Palmerstown.

Things continued to get worse for the couple though as Frank, who had been visiting his wife every day through “hail, rain, or snow” fell seriously ill himself and ended up in hospital for five months.

“Five months, and she didn’t know where I was,” he said sadly, adding that after his illness he was no longer as mobile as before and thus couldn’t go to see Mary as often as he would have liked.

Frank moved into the nursing home in order to be with her, and according to family friends, keeps the memories of their life together alive by reminding Mary of major events in their lives including his proposal to her in the Phoenix Park.

“If anything happens, I’d like to go first, not Mary, because if she goes it would break my heart, it really would.

The documentary Home from Home will air on TV3 early next year.

Girls With Goals || Her · Ep.151: 'A Story Shared' - Aoife P. Rafter on blogging during a pandemic and living with CF
popular
"I tried to imagine how we’d heal:" Meghan Markle discusses miscarriage in candid opinion piece
Love Island's Maura Higgins and Chris Taylor are officially together
Princess Diana's brother isn't happy with The Crown's depiction of his sister's marriage
Camilla receiving online abuse following The Crown's depiction of Prince Charles affair
Zoe Alexander Says X Factor Made Her Look Like a 'Fool'
AOC weighs in on Harry Styles' Vogue cover, says he looks "bomb"
Singer Christina Perri shares loss as baby is "born silent"
You may also like
1 year ago
Netflix have responded after fans accused it of changing the ending of The Notebook
1 year ago
So Netflix changed the ending to The Notebook, and people are pretty pissed
1 year ago
The Notebook is finally becoming a Broadway musical
2 years ago
18 thoughts I had watching The Notebook for the first time
2 years ago
The Notebook is coming back to cinemas across Ireland for one night only
4 years ago
Nicholas Sparks Revealed a Fact About Noah From ‘The Notebook’ That Will Surprise Fans
Next Page