One mum threw TWO birthday parties for her four-year-old and spent over €20,000

As over-the-top parties go, this one is up there.

Long gone are the days of heading to the park and simply commandeering some picnic tables, now they’ve become the scene for the perfect Instagram post (or ten). 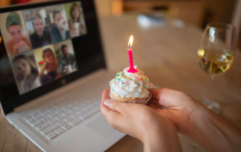 END_OF_DOCUMENT_TOKEN_TO_BE_REPLACED

One mum who has proved just that is successful PR guru, Roxy Jacenko.

The mum-of-two gave meaning to the word lavish recently after she threw her son Hunter, not one, but two epic birthday parties.

Roxy’s Instagram was quickly flooded with pictures from her little boy’s fourth birthday parties, as round one had the indoor play area transformed into an adorable construction site.

Yes, the theme of party number one was construction with hi-vis vests, yellow trucks and hard hats aplenty.

If you think the pictures look like no expense was spared – you’d be right. Roxy is believed to have spent more than €20,000 on the celebrations after she admitted she’d spent just under that for one of her children’s first birthday party. 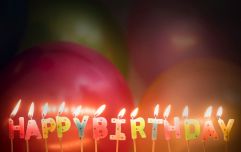 END_OF_DOCUMENT_TOKEN_TO_BE_REPLACED

“I’m in PR and the marketing events business, so if I’m going to put on a function, a party or whatever it might be, of course, mine’s going to be larger-than-life. It’s what I do,” she told 9Honey.

And the construction themed party wasn’t enough for this four-year-old, Roxy also threw a jungle themed party for just close family but it was just as impressive.

With a three-tier jungle cake, incredibly cool dinosaur cupcakes, an impressive fruit platter and lots of other treats – party number two was a feast for the eyes as well as the stomach.

However, the mum-of-two has been criticised for ‘showing off’ with the lavish parties, something that she says is simply not true.

“I don’t think it’s about the parents and who you impress, it’s about the fun and excitement of working with your kid to choose the different entertainers and how the cake is going to look.”

Well, if the pictures are anything to go by, she and her son Hunter have incredible taste.