There is nothing quite as thrilling for me than sitting in a theatre, the curtains draw and a musical begins, there's no feeling that draws close to watching a live show.

But recently, more and more movie musicals have been made. This year alone In The Heights, Dear Evan Hansen, West Side Story (again) and Matilda (again, again) are all on their way to the big screen in new adaptions.

Look, I'll always be first in line to see any musical remake, but are they really so necessary? 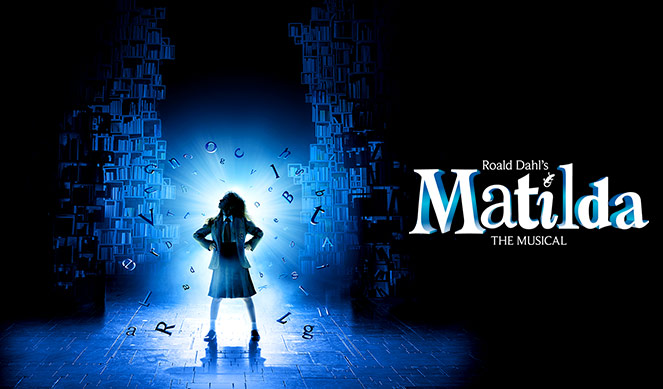 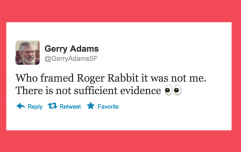 END_OF_DOCUMENT_TOKEN_TO_BE_REPLACED

Let's take Hamilton for example, one of the biggest stage productions in history. The show was filmed from Broadway in 2016 and put on Disney+ last summer, proving to be highly successful for the streaming service.

Filming directly from the stage not only costs millions less than a recreated, more often than none, crappy version, it also portrays it in the way it's supposed to be watched, something a cinematic camera just can't do.

My friends are sick and tired of me ranting about how Dear Evan Hansen is about to be completely ruined in the new remake, and how In The Heights looks nothing like the Richard Rogers set, but the biggest mistake here is letting Spielberg go near West Side Story.

Steven Spielberg is an incredible director, don't get me wrong, and while I'm not a huge fan of West Side Story as it is, it's a show from the 50s with a movie made in the 60s. It's been done, there's not much that can be done to it in 2021 to make new or relatable to today's audience. 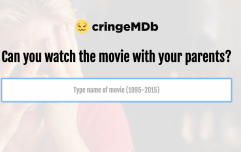 Ever Watched A Cringeworthy Sex Scene With The Parents? This Website Is For You

END_OF_DOCUMENT_TOKEN_TO_BE_REPLACED

News dropped on Wednesday that Matilda was being made into yet another film, despite the film being the reason the show was made in the first place.

I can't be the only one that is missing something here? Is there a point? Why can't the highly successful stage version just be filmed?

When Dear Evan Hansen first came on the scene in 2016, I, like anyone else who saw it, fell in love with it. While it may not be the cheeriest show and Evan isn't the best person in the world, something just draws you to it and entices you. 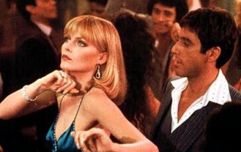 Every Saturday Night Out... As Told Through Movie GIFs

END_OF_DOCUMENT_TOKEN_TO_BE_REPLACED

But that's only something that can be created through live theatre, seeing such raw emotions and the crackle in their voices, it's something that a million and one takes in front of a camera just can't recreate.

Not to mention the most annoying part of that remake being half the original Broadway getting snubbed.

I understand that they wanted to cast younger people to play the high school students (Ben Platt obviously being the exception, probably because he's perfect) but Rachel Bay Jones won the Tony award for her role as Heidi, it should be recognised.

Not to mention that Larry Murphy is suddenly Connor and Zoe's step-father, something that undoubtedly will make massive and unneeded changes.

Moving swiftly on, In The Heights hit cinemas in the States on Thursday and is coming to cinemas here on the 18th, and this is one I feel particularly passionate about.

This show is incredible, it's in my top five favourites of all time, from the staging to the casting and the emotional storytelling that transports you to another world for two hours. There was no need to touch it.

The most upsetting part of this is by far that it was filmed back in 2008 live, and could've been shown the same way Hamilton was but instead is being remastered into something new and different instead.

Unlike the others coming out this year, In The Heights actually has an incredible cast including some from the original Broadway show, it's just a show that is created for the stage and not the screen and should be left like that.

That being said, the reviews for this film are looking really good, and I hope I'm proven wrong by this. I truly am rooting for this movie to blow my mind, I just would rather see it on stage.

Darren Criss made a brilliant point on Instagram yesterday in a "rant" about this film, only around 3 million people ever got to see this show, now with the film, millions more can access the story and the cultural history of Washington Heights.

While I agree that this is such an incredible thing for these types of films to be able to do, and for In The Heights in particular to cast mainly all Broadway actors, the same message could've resonated through a filmed stage performance, if not more so.

We've seen movie musicals flop constantly, look at Cats in 2019. The show is one of Andrew Lloyd Webber's finest pieces of work, but despite having an incredible cast, it was a disaster.

The same went for Into The Woods, like Cats, not many people enjoyed it or even knew it was a stage show. This is a Sondheim masterpiece and that didn't matter to a cinema audience because it simply wasn't made for a screen.

As I was writing this piece, the trailer for Netflix's take on Tick, Tick... Boom! came out. The work of the late Jonathan Larson (the creator of Rent) tells his own story and struggles to make it to Broadway.

Tick, Tick... Boom! deserves to be done with care and emotion, and although Steven Levenson has done the screenplay and Lin Manuel Miranda is producing it, casting Andrew Garfield and Vanessa Hudgens and giving it an overly cinema feel just doesn't sit right with me.

Grease is another brilliant example, when I say that the original stage performance of Grease was way better, people are often shocked to know there was one at all.

Theatre should be recognised here when remakes are made, and audiences should always have it in the back of their head when watching these films, it wasn't written to be performed in front of a camera.

Girls With Goals || Her · Ep.161: Feeling Peachy - Sharon Keegan of Peachylean on being an absolute BOSS!
popular
The DIY frozen coffee recipe that's so delicious you'll never pay for an iced latte again
Remember Christian From Clueless? This Is What He Looks Like Now
Khloe Kardashian has JUST confirmed she is pregnant
Here's what happens on every day of your menstrual cycle (roughly)
Someone has ranked the penis size of men from all over the world
How to INSTANTLY unblock your stuffy nose (we swear this works)
Why Are Men so Obsessed With Boobs? The Answer is Pretty Surprising...
You may also like
7 months ago
Isabelle Fuhrham returning as Esther for Orphan prequel
1 year ago
Home Alone is being remade for 'a new generation', studio confirms
1 year ago
QUIZ: Can you guess these favourite movies based on their starring dogs?
2 years ago
Netflix hack: Here's how you can request movies and TV shows on Netflix
2 years ago
Apparently, these are the 51 best romantic comedies of ALL time
2 years ago
In for the evening? There's a classic rom-com on RTÉ tonight
Next Page