Selena, you nailed it with this one.

We all know Selena Gomez, she is stunning in every way imaginable.

And as she posed unedited for her latest collab with La'Mariette for her new swimwear range, it was so refreshing to see a normal and beautiful body that hasn't been morphed into something it's not. 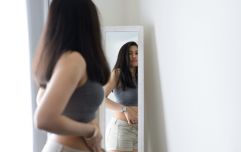 END_OF_DOCUMENT_TOKEN_TO_BE_REPLACED

We all say that we accept every body type and we should accept everyone no matter what, but a lot of the time it is all talk.

As much as we wish we didn't, we all have preconceived notions and ideas of what the ideal body is or how we define what is beautiful.

Seeing Selena unedited in this photoshoot, I genuinely didn't realise she was natural as she posed until I looked at it a second time. You can see her curves and her scars, and she looks better than ever.

This has obviously sparked the body positivity conversation once again, saying how brave she is and how it's such a difficult thing to do, which is correct, but why have we allowed people to feel like anything but "perfect" is less than?

More and more people are showing off their natural curves, bumps, rolls and scars online, and it is so refreshing to see someone who looks normal on Instagram rather than constantly being airbrushed to look a certain way.

The body positivity movement has come a long way, and we can see the effects of it in photoshoots like this - but there's a hell of a long way to go if we really want to normalise normal bodies.

But this isn't something that can just be achieved overnight, it's something we as a society still need to thrive for. 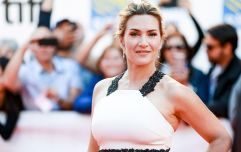 END_OF_DOCUMENT_TOKEN_TO_BE_REPLACED

Although it's a huge step in the right direction, seeing people like Selena Gomez doing this isn't enough. For real bodies to be normalised we need to integrate this into every aspect of media.

From TV shows to magazine covers, every shape, size and colour deserves to be highlighted and praised the same way Selena has been over the weekend. We need to show normal bodies everywhere until it doesn't become a question anymore and just something we automatically do.

We need to strive for a world where editing a picture or airbrushing every photo in a magazine is seen as weird, and natural becomes the norm.

But to add to this point, I should reiterate that celebrities are still people, and they have insecurities about how they look just like the rest of us.

So when it comes to Selena's next photoshoot and a filter is thrown on, we can't start attacking her for doing something any one of us probably would do too if we got the chance to pose for Vogue.

Like when Alicia Keys stopped wearing make up and people would accuse her of wearing lip balm like she was committing a crime, we're still allowed to have down days and tearing others down isn't going to help this movement progress.