Widower Dave Lacey's day was made recently when he discovered that his stolen camera had turned up at a local pawn store.

The camera, stolen from his house 12 months previously, contained special memories of Dave’s wife Erica and he thought it was gone forever.

‘I had written it off that it was gone and stolen forever,’ Dave from Santa Ana, California told KABC-TV. 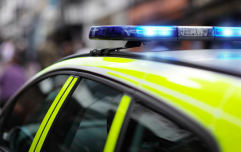 END_OF_DOCUMENT_TOKEN_TO_BE_REPLACED

Dave knew the camera was his because of the unique strap made by his wife, “She was a super strong woman, super talented.”

Erica had been diagnosed with cancer shortly before her and Dave had married and the camera contained images of her funeral, among other photos.

Police discovered a pawn receipt linked to the camera, at the house of a man who was suspected of carrying out another burglary.

After leaving the pawn shop, the video below shows Dave visibly emotional and it is obvious how much finding this camera means to him.

popular
Irish girls name was the most used Irish name in the United States last year
Ofcom receives 75 complaints over Jacques' treatment of Ekin-Su
Love Island: Danica sets her sights on Andrew as Luca asks Jacques about his relationship with Gemma
Michael Owen hilariously responds to Love Island's heart rate challenge
Prince William shouts at photographer who was "stalking" his family
Dublin Airport not ruling out a "flight cap" amid chaos
Victoria Beckham recalls moment she was weighed on live TV
You may also like
18 hours ago
Irish man dies following hit-and-run in London
1 week ago
Police in UK start issuing fines to cat-callers
2 months ago
23 year old woman dies after eating suspected cannabis sweet
3 months ago
Missing one-year-old boy is found dead in septic tank at family’s home
3 months ago
Chris Watts still texting mistress before arrest for murdering his family
5 months ago
Alec Baldwin hands over phone in Rust movie shooting investigation
Next Page