Peak baby making season: A lot of people are about to get pregnant this December

December is a time for making things. 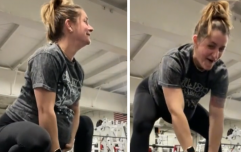 END_OF_DOCUMENT_TOKEN_TO_BE_REPLACED

This time a year is peak baby making season here in Ireland, and so clearly we are all doing a heck of a lot more than just kissing under the mistletoe.

How do we know this? Well, easy. We know how long-ish babies take to make (in and around 40 weeks) and so when you know that October 1st is Ireland's most popular birthday, well then you only have to glance nine months back on the calendar to realise we are talking about a Christmas baby.

According to CSO figures that stretch 34 years from 1980 to 2014, October and September were the most popular months for birthdays in this country, and clearly it is all that hanging out together under one roof, combined with movie marathon in our pyjamas and a few glasses of mulled wine that is making everyone feel in the mood come December.

The second most common birthday is September 23rd with an annual average of 188 births. 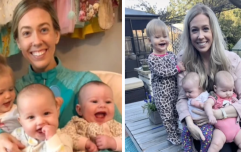 END_OF_DOCUMENT_TOKEN_TO_BE_REPLACED

But while the festive season is a popular time to make babies, it is a far less common time to give birth, according to statistics.

In general, the least common birthdays in this country occur around Christmas time, with parents obviously not wishing to add an extra level of stress to their holiday season to-do list.

Wrap presents, check. Order the turkey, check. Deliver a baby. Not so much.

In fact, St Stephen's Day on December 26th is the least common birthday, with an annual average of 112 births, closely followed by Christmas Day with an average of 113 births.

Keep in mind that scheduled C-sections tend to not be planned for major holiday days, so this can explains the low birth stats for Christmas.

popular
Wagatha Christie: Rebekah Vardy storms out of court just 30 minutes into final day
Rebel Wilson claims male co-star sexually harrassed her
Helen McCrory's children give heartbreaking tributes at her memorial service
Claire Byrne Live viewers in shock as woman shares family DNA secret
Only a matter of time before monkeypox spreads to Ireland, says expert
Ashley Graham says she nearly died while giving birth to her twin boys
Sainsbury's evacuated after several people fall ill with breathing problems
You may also like
3 weeks ago
Vogue Williams on pressure to 'snap back' after third child
1 month ago
Vogue Williams wants you to keep your parenting opinions "up your own a**ehole"
1 month ago
Caitríona Perry confirms she's expecting her second child
1 month ago
Charlotte Crosby is pregnant with her first child
1 month ago
Britney's fiancé Sam Asghari says fatherhood will be "the most important job"
1 month ago
Woman sues IVF clinic after they allegedly implanted stranger's baby
Next Page