It's almost the weekend, loads of people are heading off to EP tomorrow, we just aren't in the right frame of mind to think clearly and profoundly about something at this stage in the week. 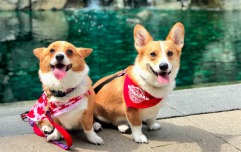 END_OF_DOCUMENT_TOKEN_TO_BE_REPLACED

But we're going to anyway for the sake of The Content.

There's been a picture doing the rounds on Twitter dot com of what could either be a beach flipped on its side or the edge of a door.

Nobody knows what's going on. People are arguing. Social media is burning. No one can figure out what this is a photo of.

Can you though? Does it matter? Will it make a different to the world when the future generations are inevitably going to pass away due to intensified global warming, war, and the continued consumption of red meat?

It won't. But we need something to distract us until that day comes so let's just go with it.

This is the photo:

Is this a door or a beach??? Hahahaha😖🙄 pic.twitter.com/f4DZ7MZzGy 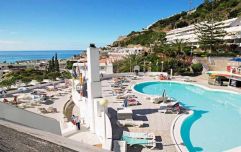 Pack your bags! We found a cracking last-minute deal to the Canaries

END_OF_DOCUMENT_TOKEN_TO_BE_REPLACED

You know what you've done. You know the strife you've caused. Now you've got 32.5k people in your mentions giving you shit over this photo and you need to deal with it forever.

Are you happy? You should be.

Before you actually go ahead and wreck you're brain trying to figure out what this is a photo of though, rest easy in the knowledge that Becky has given us an answer.

And we are eternally grateful.

Turns out the photo is a beach. Here it is:

Well, that sorted that out, anyway.

popular
James Arthur says his relationship with this celeb made him a sex addict
Wagatha Christie: Rebekah Vardy storms out of court just 30 minutes into final day
Fashion house Dolce & Gabbana is 'sponsoring' Kourtney and Travis' Italian wedding
Rebel Wilson claims male co-star sexually harrassed her
Why Are Men so Obsessed With Boobs? The Answer is Pretty Surprising...
This is the easiest way to determine you may have VIKING heritage
Did You Know This Is Blake Lively’s Real Name?
You may also like
3 months ago
A new luxury beach resort is coming to Co. Laois
10 months ago
Do not swim noticed issued after e.coli found on Dublin beach
10 months ago
4 rescued after teenage girls swept out to sea on large rubber ring
11 months ago
Here's the story with the 'Coconut Girl' aesthetic all over TikTok this summer
2 years ago
Just 1 in 6 Irish beaches and rivers meet minimum European standard of cleanliness
2 years ago
Bundoran beach closed to the public due to pollution
Next Page