Petition launched to save four piglets from being slaughtered

A petition has been launched to save four piglets from slaughter.

The five and six-month-old female old spot piglets were brought to a school in Hampshire, England a few months ago.

They were introduced to Priestland school as part of a programme to teach young children about animals and also to fatten up the piglets before slaughter.

However, local animal rights campaigner Ed Winters, 'Earthling Ed', has launched a petition to try and save the pigs' lives.

According to him, the school should be "teaching children compassion towards animals."

"The school has made students and parents uncomfortable, by discriminating against their beliefs by condemning these pigs to death.

"One concerned vegan parent has begged the school over the past few months to send the pigs to a sanctuary as opposed to a slaughterhouse." 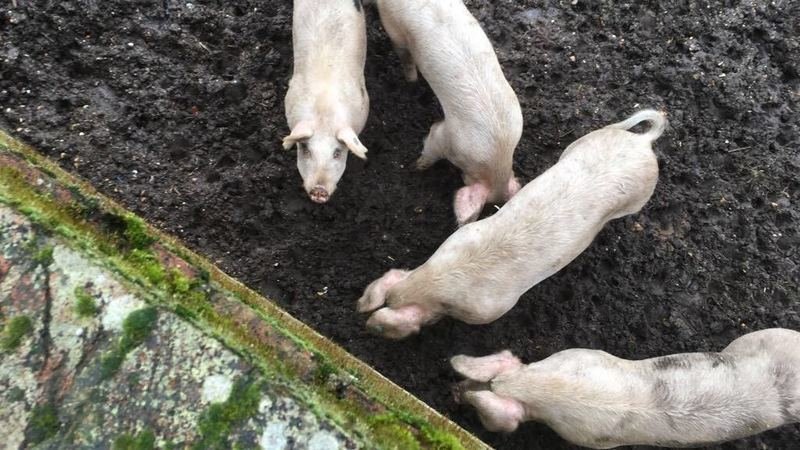 According to Ed, the school responded by saying that the concerned parent was "in a minority" and that they are planning to send the pigs back to C&S Meats Ltd where they will be slaughtered.

So far, Ed's petition has already garnered over 32,000 signatures, with many signees heavily critical of the school's plan which, according to Ed, has been going on for "over a decade."

The animal rights activist shared a video on his Facebook page saying that he had arranged for the pigs to be sent to Tower Hills sanctuary instead as the school originally claimed they could not afford to do so.

However, Priestland is still planning to send the pigs back to the farmer to be slaughtered.

"We want them to show these pigs some mercy and compassion and let them live out their lives in the sanctuary," said Ed.

popular
Late Late Show viewers are not happy with Ryan's questions for Billy Connolly
10 items from Zara for the perfect autumn capsule wardrobe
Friends actor James Michael Tyler has died, aged 59
Apparantly, there is one colour you should never wear at a job interview
Former detective chief says Brian Laundrie discovery is "strange"
9 of the best horror movies on Netflix this Halloween
15 brilliant stocking fillers we are picking up from Penneys before they sell out
You may also like
2 weeks ago
Golden Retriever breaks Guinness world record for most tennis balls in mouth
1 year ago
This is how you can get a puppuccino for your dog at any Starbucks cafe
2 years ago
This Irish company sells beds with a special compartment for your PET to sleep in
2 years ago
A hedgehog who was rescued from a lit bonfire has succumbed to his injuries
2 years ago
Rare 'Dumbo' octopus with big floppy ears spotted off the coast of California
3 years ago
Apparently, making eye-contact with your cat makes them hate you
Next Page