Pic Of The Day: The Very First Photoshopped Image Ever

Today's 'Pic of the Day' is an oldie, but one that will remain somewhat iconic for a number of reasons.

This idyllic beach scene isn't everything that it seems and is in fact the world’s first Photoshopped image ever.

Aptly titled 'Jennifer in Paradise', the image of the topless woman on a beach was taken by Photoshop creator John Knoll in 1987.

END_OF_DOCUMENT_TOKEN_TO_BE_REPLACED

John, who was holidaying on the island of Bora Bora with his then-girlfriend Jennifer, would use the picture heavily later in his career.

While developing the tools of manipulation, Knoll sampled the software's capabilities on photographs.

Knoll completed several demonstrations and included the image in copies of the software that he distributed to companies, thus making it the very first “shopped” photograph ever. 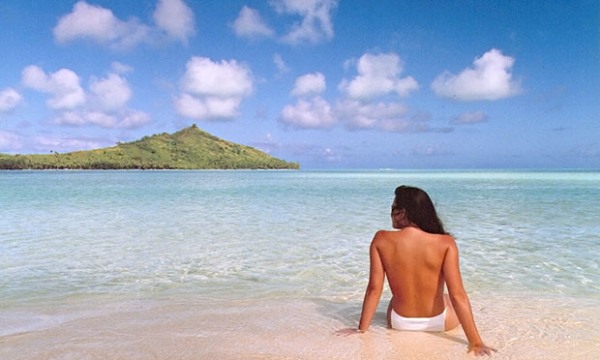 popular
Late Late Show viewers are not happy with Ryan's questions for Billy Connolly
10 items from Zara for the perfect autumn capsule wardrobe
Friends actor James Michael Tyler has died, aged 59
Apparantly, there is one colour you should never wear at a job interview
The viral photo that can help women detect early signs of breast cancer
15 brilliant stocking fillers we are picking up from Penneys before they sell out
5 fabulous things to do in Ireland tomorrow for the Bank Holiday Monday
You may also like
2 weeks ago
9 of the best memes from when Instagram and WhatsApp were down
2 weeks ago
Facebook, Instagram and WhatsApp down as outage hits for hours
1 month ago
Hallelujah! Britney Spears returns to Instagram
1 month ago
Why did Britney delete her Instagram?
1 month ago
TikTokers flood Texas abortion whistleblower site with Shrek memes and porn
4 months ago
TikTok star sentenced to 10 years in prison over "human trafficking"
Next Page