Kim Kardashian could probably wear anything and still look amazing.

And she does too. Only last week, the reality star was spotted up a tree wearing nothing but a pair of runners and she still (somehow) looked flawless. 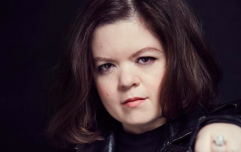 END_OF_DOCUMENT_TOKEN_TO_BE_REPLACED

If we, on the other hand, tried something like that the Gardaí would be called and we'd never be allowed outside again.

Well, one plus sized model has taken it upon herself to recreate an iconic Kim look... but don't worry, it's not the naked tree one.

Diana Sirokai donned a white swimsuit and copied Kim's photoshoot because, as she says, "we are both women with different bodies."

A post shared by DIANA| CONFIDENCE | Plus size (@dianasirokai)

"My flaws are my power," Diana wrote on another post which showed her posing in the swimsuit without a comparison to Kim.

A post shared by DIANA| CONFIDENCE | Plus size (@dianasirokai)

Her photos already have almost 70,000 likes between them, and we can see why.

Instagram users are just loving the model's attention to detail, and her unwillingness to be put off a look just because somebody with a smaller body than her pulled it off before.

In a post shared yesterday, Diana encouraged women to be confident in their bodies no matter their size, saying:

"FAT (as others say) yet still a successful young woman! Dont let your size define you!!

Say it after me: I AM CAPABLE OF DOING ANYTHING I PUT MY MIND TO!! And the people doubting you should be your motivation to prove them wrong."