An oldie but a goodie.

Although we hear new baby names all the time, there's a lot to be said for traditional monikers too and the most popular baby boy name for 2017 is one we know very well indeed.

I might be a little biased towards this choice given the fact my dad is a Liam but that aside, it's a name that has seen a resurgence in recent times.

The fact it's become the top name of 2017 (so far anyway) might have something to do with the fact that Lauren Conrad, who has a huge fan following, named her son Liam this year.

He's here! We're so excited to welcome Liam James Tell into the world! 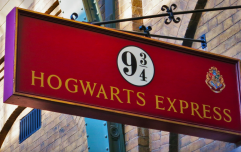 Liam is a shorter form of William and it's said to mean 'guardian'. 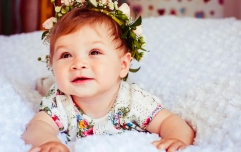 Apparently, these are the absolute poshest baby names of all time

END_OF_DOCUMENT_TOKEN_TO_BE_REPLACED

According to Baby Centre,  it's the male baby name dominating this year and the top female one is Emma, another name that was huge a couple of years ago and is now becoming popular once again.

The top female baby names (so far this year) are:

The top ten male names then are:

popular
Bride asks for divorce day after wedding following groom's disrespectful cake stunt
Molly Mae shuts down backlash over her baby girl's name
Emma Pattison made distressed call to her sister before murder-suicide
Expert team end search for Nicola Bulley declaring she’s not in the water
Madonna calls out "ageism and misogyny" following Grammys appearance
Brother and sister abducted in March 2022 have been found alive
Here's why Nicola Peltz-Beckham's family are suing her wedding planners
You may also like
6 months ago
Barry Keoghan announces the name of his baby boy
6 months ago
These baby names are set to be popular in 2030 (so maybe get in there now!)
6 months ago
Declan Donnelly and wife Ali welcome their second child together
10 months ago
10 currently unpopular baby names we feel actually deserve another chance
10 months ago
Reddit has chosen its worst baby names 'of all time' - and yeah, fair
10 months ago
Spring baby? You'll love these ten beautiful nature-inspired baby names
Next Page