'It's just a beautiful thing': Darren Kennedy on his earliest memories of Dublin Pride

"I'm always very conscious of the people in the world who don’t get to celebrate Pride."

As we all know by now June is Pride month, and although this year's celebration will be different there are so many years that have been so fantastic.

We had a chat with a few people who remembered their "first time" and why Pride has been so special to them over the years. 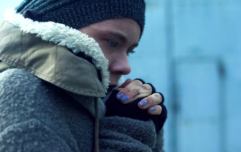 END_OF_DOCUMENT_TOKEN_TO_BE_REPLACED

"I was in my early twenties. And I remember myself and my best friend headed into the parade and it did nothing but bucket down all day but we had the absolute best time back at the party at the Civic Offices. I also think it was the first time meeting Panti and being awestruck.”

Like many, Darren has mixed mentioned when it comes to the day itself, it's a big celebration but also “a day of heightened emotion for me."

"Never did I think as a young lad growing up in Santry, going to an all-boys school where they revered GAA players, that I would get to walk and celebrate in pride with my peers, with my friends, with my family. It’s just beautiful thing.

"I'm always very conscious of the people in the world who don’t get to celebrate Pride. So while we have great advances and strides in equality in this part of the world, I always think of people who have a to more work to do.”

Pride will be different this year but that won’t stop us from coming together to celebrate! @cassiestokes spoke to @darrenkennedyofficial @davina.devine @bondareg_ @nathanwalshe and @daveb24 about their favourite #PrideMemories. Comment below with yours ? 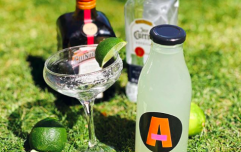 END_OF_DOCUMENT_TOKEN_TO_BE_REPLACED

Dave Byrne, who is head of creative at marketing agency ThinkHouse, also told us about coming out at Pride.

"I came out to my friends and it turned out to be the best Pride ever. It’s actually my official gay anniversary. So I'll never forget the time it came out because it will always be at Pride."

“There was a moment at Davina and Victoria's show last year that was an absolute game changer. B*witched were the headline act.

"To see B*witched play C'est La Vie to a packed out room in Vicar Street full of gays. I’m not joking it transcended everything.”

Girls With Goals || Her · Ep.159: Dr Una May - Anti-doping in sport and a walk down memory lane
popular
Taoiseach Micheál Martin says hotels across Ireland could reopen by June
Safiyya Vorajee says final days with baby girl are "torture"
Here's how to get yourself some free Ben & Jerry's in Ireland this week
Amanda Seyfried and Anna Kendrick are tipped for lead roles in the Wicked movie
Brad Pitt JUST responded to speculation about his relationship with Jennifer Aniston
You can now have an igloo movie night experience in your own back garden
Jennifer Aniston is reportedly pregnant with her first baby
You may also like
9 months ago
QUIZ: How well do you remember the 2005 movie Pride & Prejudice
9 months ago
LGBTQ+ discrimination banned in the workplace, US Supreme Court rules
10 months ago
10 books with LGBTQ+ themes to add to your reading list this Pride month
10 months ago
Scotland to become first country to add LGBTQ+ history to school curriculum
10 months ago
Here's some delectable rainbow treats to try for Pride month
10 months ago
Paul Ryder reveals what's in store for Dublin's first Digital Pride parade
Next Page