Racism in Ireland: "We are not here to steal jobs, or take opportunities - it's all fear mongering"

"When we witness racism, directly or indirectly, each and every single one of us needs to speak up against it."

Meneliswa McDonald and Chinaecherem Soribe both moved to Ireland in 2007, from South Africa and Nigeria, respectively. The pair met while studying at the National University of Ireland, Galway, and together set up Umoja Production, a fashion business that promotes African culture, art and style.

Both Liswa and China say they experienced a culture shock when they first moved to Ireland. But today, having attended school here and spent most of their lives in Ireland, they now consider themselves to be Irish.

"We're a product of this cultural integration, and because of this we are the bosses we are today. The fact that we are cultural hybrids is key to our strength, and for that we're eternally grateful!"

While China and Liswa define themselves as Irish, however, they have each been made to feel unwelcome and have both been the target of racist attacks. Liswa says the most common experience is being told to: "Go back to where you came from.” 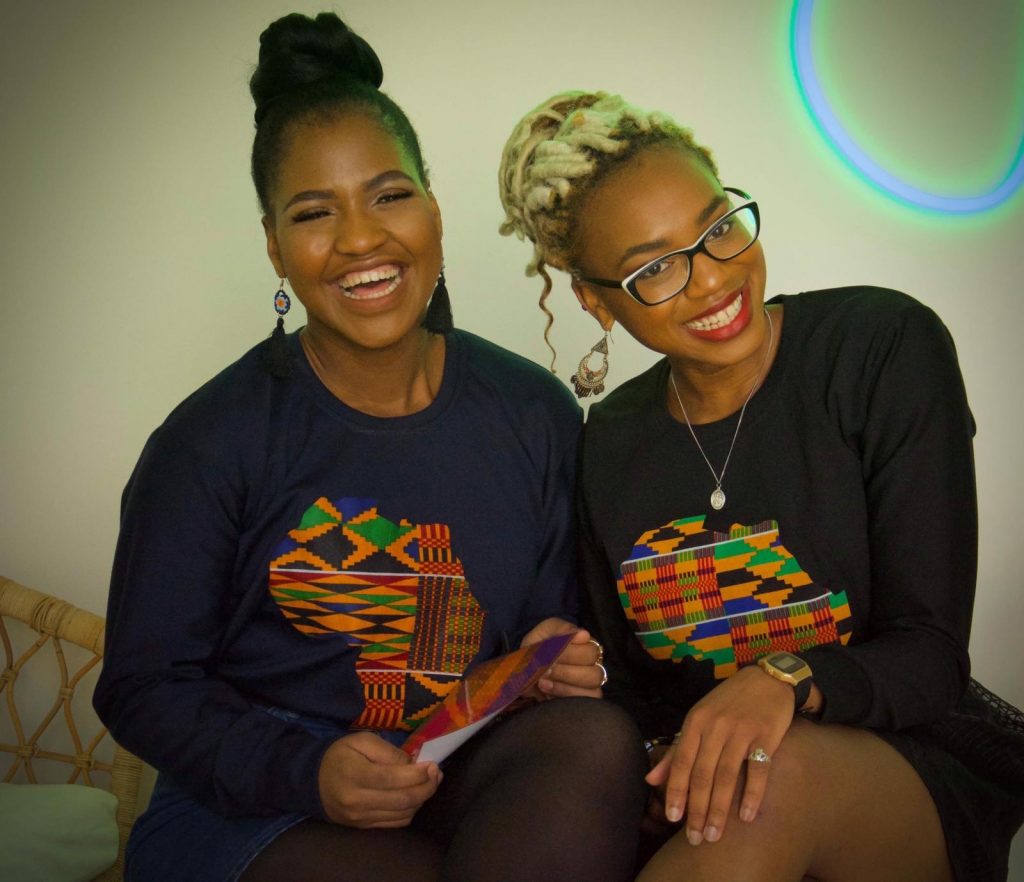 China recalls an incident where a group of boys started shouting racist remarks at her as she walked home from secondary school.

"It was the typical N word, 'monkey', and of course the classic 'go back to where you came from'. I passed them off as complete idiots and ignored them, initially. I would consider myself a very patient person when it comes to things like this, however, the moment they brought my mother into their insults, a switch went off in my head.

"I turned, looked around for the closest thing near me, picked up a log and started chasing after them. I honestly don’t know why they ran – there was about four of them and only one of me. I guess the fact that I was screaming like someone possessed in a language unknown to them; their subconscious misconceptions of me being a 'barbarian'; and the fact that I dared to run after them scared them."

"The part that troubled me the most was the indifference from some friends when I told them. I was fuming, I was confused, I was disappointed.

"Things like this build your character. You get to a stage where you must see it as what it is, complete foolishness; a manifestation of insecurities and fear. It is the racist’s deep rooted problem, and I refuse to make it mine." 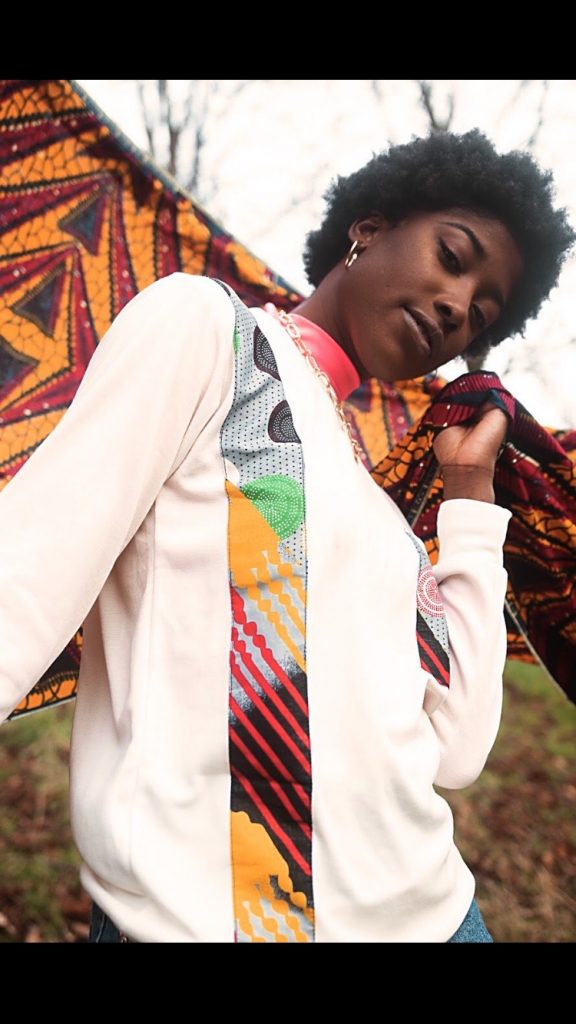 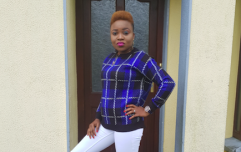 END_OF_DOCUMENT_TOKEN_TO_BE_REPLACED

Clothes from the Umoja Production

Today, China is a technology trader in a fintech company and Liswa is a control analyst for a biopharma company.  As well as those full-time roles, they have collaborated to showcase their shared love for African fashion through the Umoja Production. The word 'umoja' means 'unity' in Swahili.

"Umoja was founded while we were still in university, so we had to juggle studying and running a new business simultaneously. That was merely practice though – child’s play compared to now, having to balance our jobs with our passion!

"We're advocates for the power of creating your narrative, of telling your own story. This belief is strongly aligned with our goal of creating a platform for designers to showcase their items and reach a global audience."

The duo say their fashion business is part of a reclaiming of the narrative around their African culture.

"We must tell our stories ourselves, initiate and drive the complete reversal of the 'poor Africans' narrative. We are not here to steal jobs, or take opportunities – it's all fear mongering. We need to change in the narrative.

"It’s equally important that we continue to shine the light on the positive aspects of cultural diversity. Fortunately, with the rise of social media and technology, we can speak up, create and share our raw stories, and combat misconceptions. This is what we do with Umoja Production." 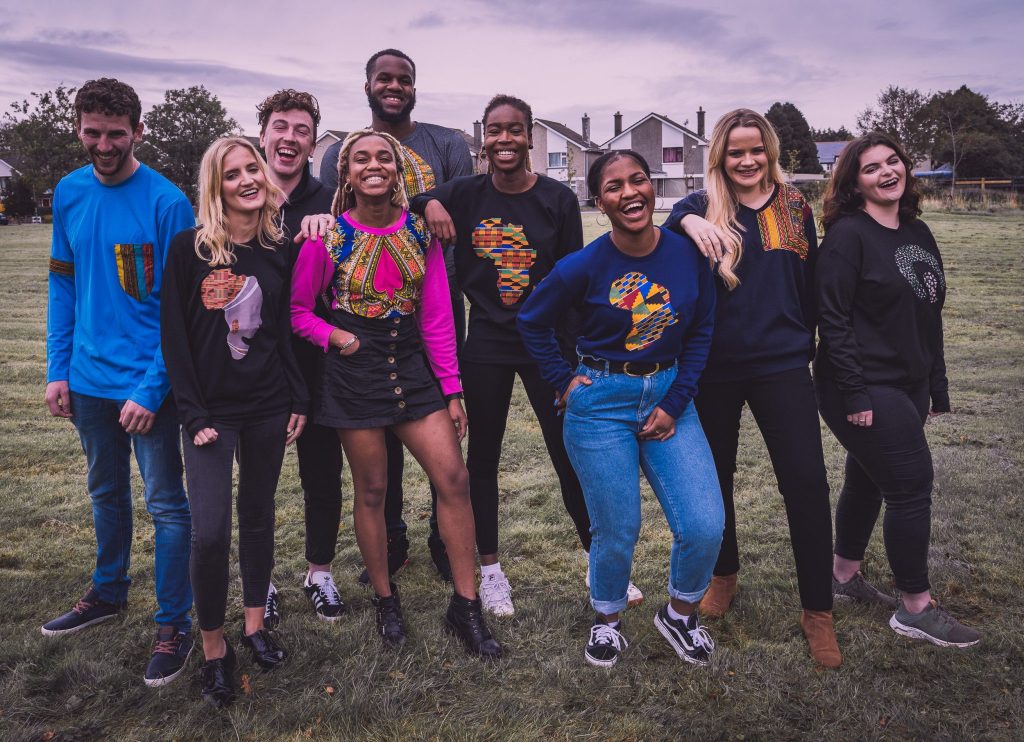 As positive a force as social media can be for spreading their message, China and Liswa would like to see social media companies doing more to stem the racism that is published on their platforms.

"It’s quite sad to witness a rise of such a negative attitude and ideology in a country built on hospitality. Social media plays a huge role in this; it’s given a platform to people who hold these ideas and has somehow made it more socially acceptable to make racist comments online without repercussions."

While acknowledging that the majority of people in Ireland are not racist, the two businesswomen would like to see a national conversation about racism in this country.

"Ireland needs to understand and highlight the impact racist attitudes have. We, as a nation, need to be more accountable. When we witness racism, directly or indirectly, each and every single one of us needs to speak up against it. We cannot just complain about it in private, we must bring it out in the open, tackle it publicly and try to fix it. Ignoring the problem will not make it go away."

"It’s important to educate ourselves on the impact of racism on immigrant communities, and exposure to different cultures is definitely a great teacher. Acceptance of other cultures does not mean a denial nor is it a detriment to yours." 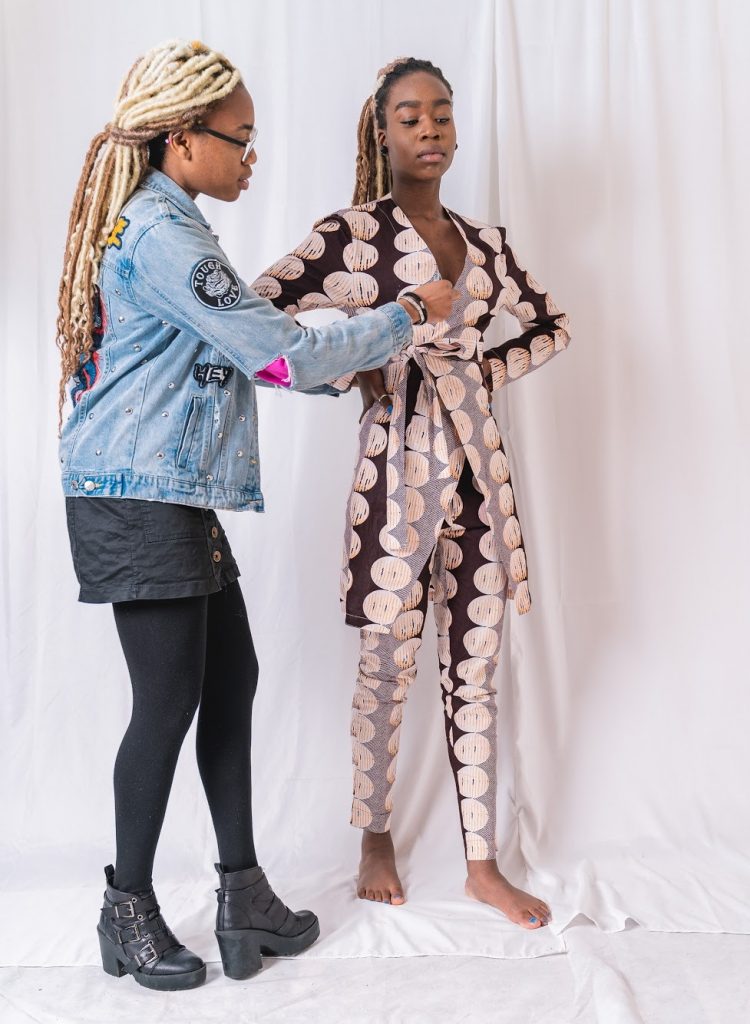 
popular
These €20 Zara trousers are seriously comfortable and they come in three colours
Harvey Weinstein found guilty of criminal sexual act in the first degree and rape in the third degree
The comfy €42 M&S boots we're going to be living in all spring
The dress that Holly Willoughby wore this morning is getting very mixed reactions
'Be A Lady, They Said!' You need to watch this incredibly powerful video about being a woman
Why you shouldn't put your address on your luggage when going on holiday
Irish citizens advised not to travel to parts of Italy affected by coronavirus
You may also like
2 months ago
Racism in Ireland: "I grew up feeling like I was born with some awful condition"
1 week ago
RTÉ are looking for single city slickers to swap the big smoke for the countyside
1 week ago
Forget about love, here's some of Her's Valentine's Day horror stories
1 week ago
WATCH: How good are you at receiving compliments? We asked ourselves the same question
1 week ago
A new online dating abuse support service has been launched as part of Women's Aid's Valentine's Day campaign
1 week ago
Are DM slides about to become the new Tinder?
Next Page