"The thought that our child would not be treated equally was a whole other thing."

Ranae von Meding describes herself as an "accidental activist".

END_OF_DOCUMENT_TOKEN_TO_BE_REPLACED

The Dublin-based writer is the co-founder and CEO of Equality for Children, an organisation that was set up in 2019 in order to secure the rights of LGBTQ+ parents and their children.

At the time, there was no way for children of same-sex parents to have a legal connection to both parents.

"That's how it all started, just finding ourselves in that situation, and having to fight for our child. It was just something that had to be done. I couldn't not do it," Ranae says. 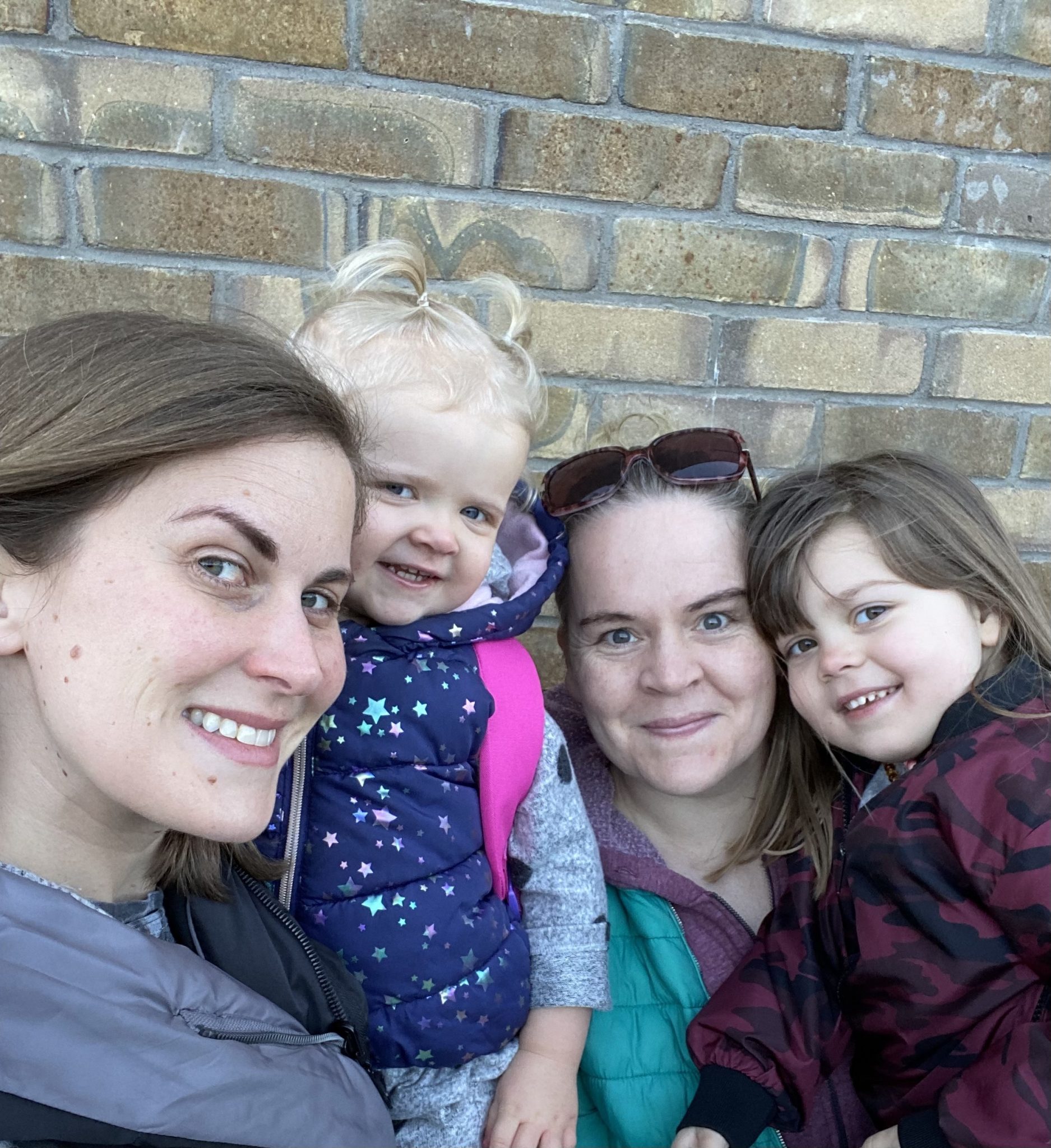 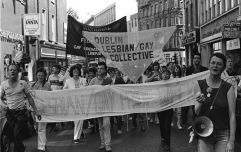 'We were supposed to feel shame. Pride was the antidote'

END_OF_DOCUMENT_TOKEN_TO_BE_REPLACED

"It's been very hard, very difficult. But this is for our children, and all children who are like them. There's no question that we're going to continue to do the work because it's the right thing to do. It's too important."

Ranae and her wife Audrey were not the only ones affected by this, and they quickly learned that there was a massive appetite for change. What began as a playgroup for children of LGBTQ+ parents in their local community quickly developed into a much larger movement.

"People were restless and disheartened," Ranae says. "So everyone kind of just said, 'Shall we start a campaign?' We took inspiration from other grassroots movements that had fought for really important issues over the last number of years. Within a week, we had a website, social media and we had registered as a not for profit company. It all happened very quickly." 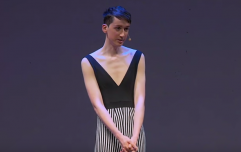 END_OF_DOCUMENT_TOKEN_TO_BE_REPLACED

Since then, the movement has seen some ups and downs. The enactment of the Children and Families Relationship Act in 2020 brought recognition for some families.

Ranae explains: "If a child is born to two women, and meets all the criteria then they can have a claim to both of their parents. In order to meet that criteria, the child has to be conceived in a fertility clinic in Ireland, with an identifiable sperm donor that goes on a registry, and then that child has to be born in Ireland.

A number of children conceived prior to the enactment - including Ranae's own daughters - were given an amnesty.

Through this, Ranae and her wife were able to be recognised as the legal parents of their children, but many families are still left out.

"We're just talking about same-sex female couples, so for male couples there's nothing. Same-sex male couples or heterosexual couples, or a single person who goes through surrogacy - they're not in any way covered. That's what we're fighting for at the moment, legislation around surrogacy, retrospective recognition for kids already born through surrogacy, and then covering all the other same-sex female families who are left out of any legislation. So, that includes kids who are conceived in a clinic abroad, children who are born abroad, children who are conceived in a non-clinical setting."

In terms of the future, Ranae is optimistic, but her sense is that if something doesn't happen soon, we're unlikely to see progress for a very long time.

"Over the last number of years it’s been up and down and up and down. There have been times when I’ve been so disheartened and just so hopeless that the future seems so bleak for families.

"At the moment, I’m feeling really optimistic because we’re coming up on three months of a special joint Oireachtas committee that Equality for Children have been witnesses at, and this committee has been specially formed to look at the issues of international surrogacy and retrospective recognition. And the committee, by in large, is incredibly supportive."

She continues: "I can’t see any world in which they could recommend anything other than children needing to have a legal connection to their parents regardless of how or where they were conceived or born. So I’m just really hopeful that they will make the recommendations that our families need and that the Government and particularly the Department of Health do the right thing, and make it happen quickly and make it happen this year."

The ongoing battle for equality for LGBTQ+ parents has been a hard-fought battle, and it's far from over yet. Throughout the years, Ranae has not only made incredible strides, but she's also learned the importance of setting boundaries and minding herself throughout her activism. 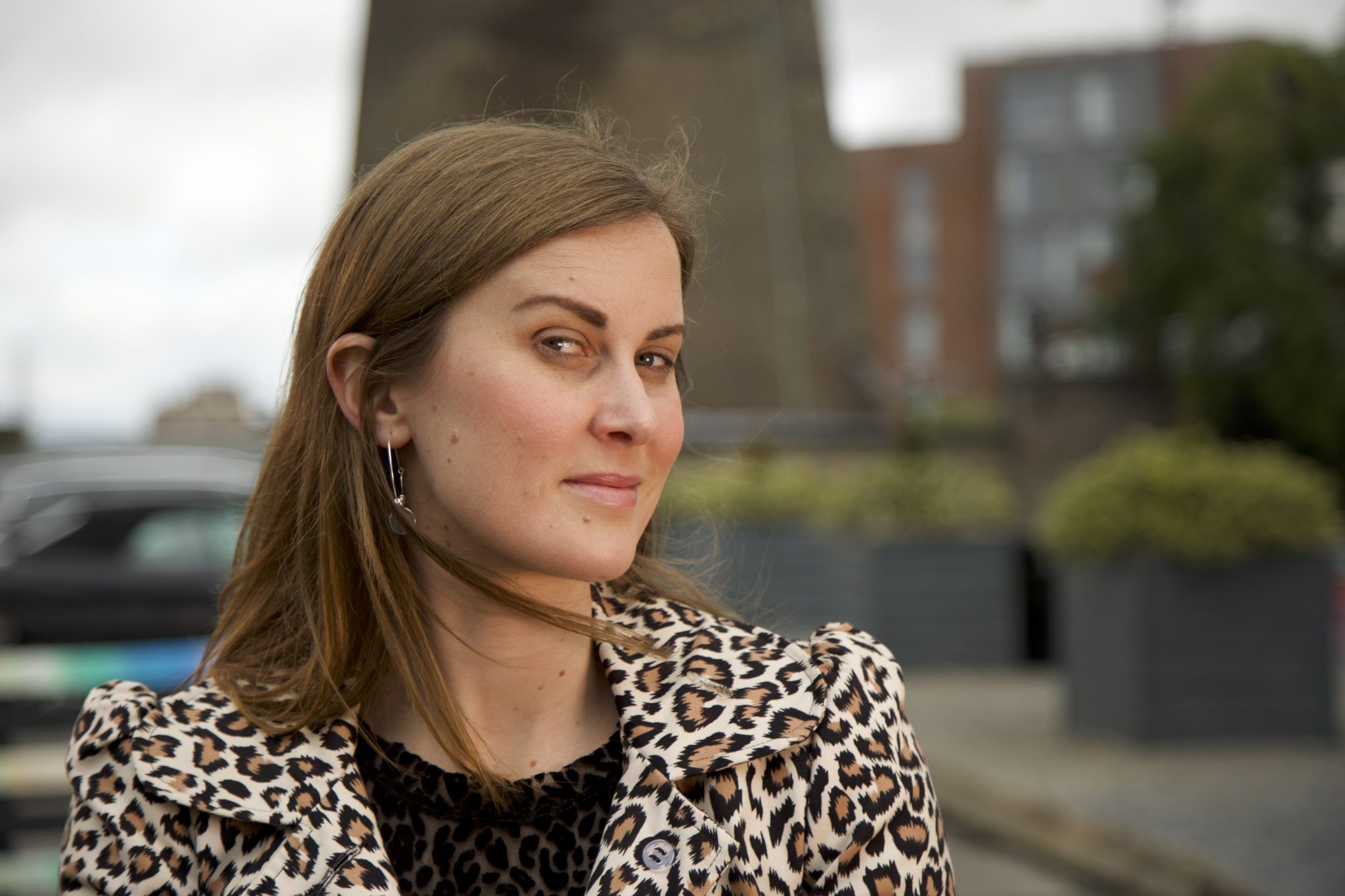 "For the first four years, I was completely burnt out," she says. "I just did everything because I wanted it to get done, so I would say yes to everything. I didn't know how to say the full sentence that is 'no'. It just wasn't in me."

This changed a little, Ranae says, during the pandemic.

"I hit a wall at some point, and I thought I have to take care of myself because I can't keep doing this work if I'm not taking care of myself. Over the last year or two, I've gotten much better at saying no to things, or recognising that I don't have the capacity for various things."

The nature of Ranae's work, and her deeply personal connection to it, naturally, takes its toll.

She adds: "It's important to take a step back when you need to, take a breather. For anything like this, it's never achieved in a matter of months. It usually takes years. It goes in peaks and troughs. Sometimes you have all the energy and stamina, and then sometimes you're just really beaten down by it.

"I think it's important to have people around you who can recognise when you need a break, and say, 'Just take a step back. The work will continue without you. It's not all going to stop.' You kind of just have to work as a team and mind each other."

For more information on Equality for Children, head to the website right here.

popular
Irish girls name was the most used Irish name in the United States last year
Another of Gemma Owen's family could be headed for a reality show
Prince William shouts at photographer who was "stalking" his family
Michael Owen hilariously responds to Love Island's heart rate challenge
Ofcom receives 75 complaints over Jacques' treatment of Ekin-Su
Victoria Beckham recalls moment she was weighed on live TV
Love Island: Danica sets her sights on Andrew as Luca asks Jacques about his relationship with Gemma
You may also like
8 months ago
Westlife's Mark Feehily calls for surrogacy legislation in Ireland
1 year ago
Queen announces plans to ban conversion therapy in the UK
1 year ago
Same-sex Cork couple become Ireland's first to be legally recognised as co-parents of their children from birth
5 years ago
Cassie Stokes shares message of love after vile attack on The George
6 years ago
"You Can Get Married, But You Still Risk Getting Punched in the Face" - Being LGBTI in Ireland
6 years ago
WATCH - Obama Thanks Ellen For 'Changing Hearts And Minds' On Equal Marriage
Next Page