The Long And Winding Road: The Beatles Phenomenal Legacy In Photographs

It has been 51 years since John Lennon, Paul McCartney, George Harrison and Ringo Starr brought The Beatles mania to the U.S.

When Lennon and McCartney penned 'I Want to Hold Your Hand' they had no idea just how well it was going to be received on American shores. After the group's stateside visit in February of 1964 the world of music would never be the same again.

Not only are The Beatles the best-selling musical act of all-time, racking up 20 No. 1 U.S. singles - a Billboard record that still remains, no other entertainers in history have proven as influential, important or as groundbreaking. (Sorry Kanye).

From the Cavern Club to Abbey Road, JFK Airport to Washington D.C. Coliseum, onstage and off it, here are just a few images from the seven year phenomenal legacy The Beatles left behind... 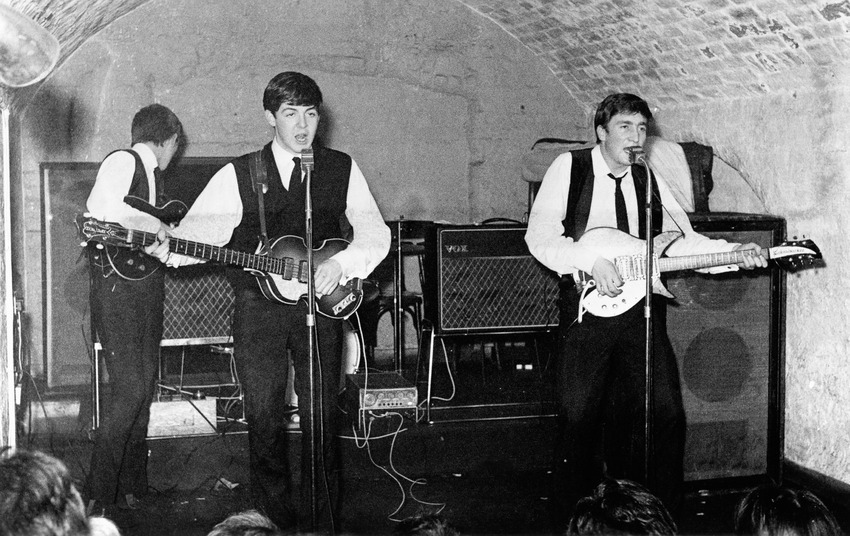 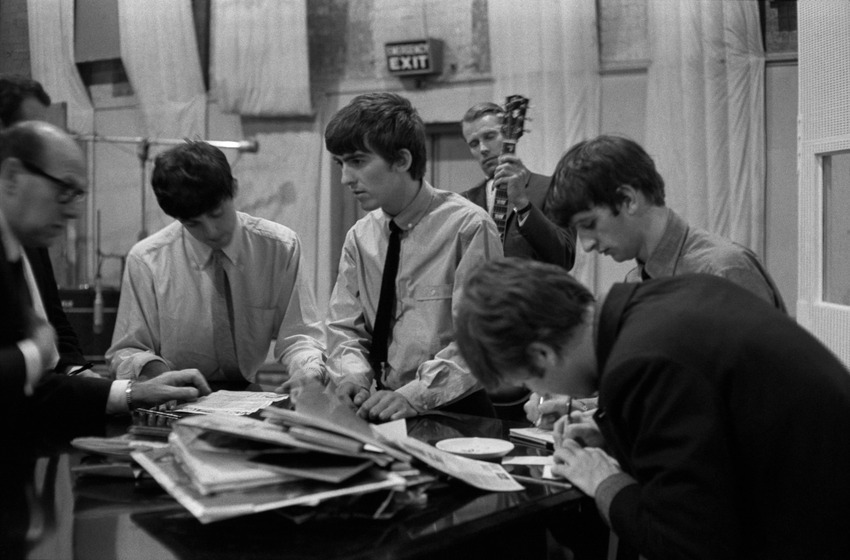 July 1, 1963: Signing documents for music publisher Dick James in Studio 2 at Abbey Road in London recording the single 'She Loves You'. 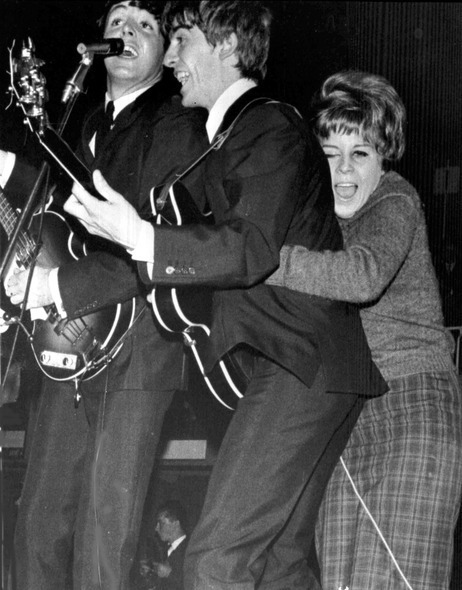 Oct. 26, 1963: Fan hugs George Harrison as The Beatles play at a pop festival in Stockholm. 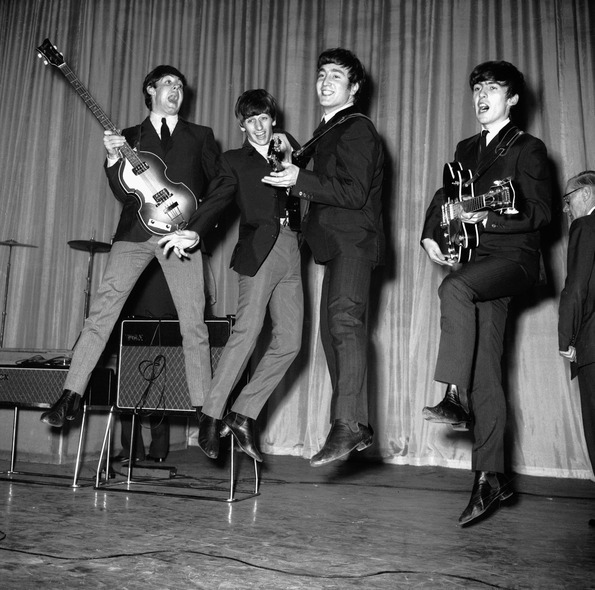 Nov. 4, 1963: Behind the scenes at a Royal Variety Performance rehearsals at the Prince of Wales Theatre. 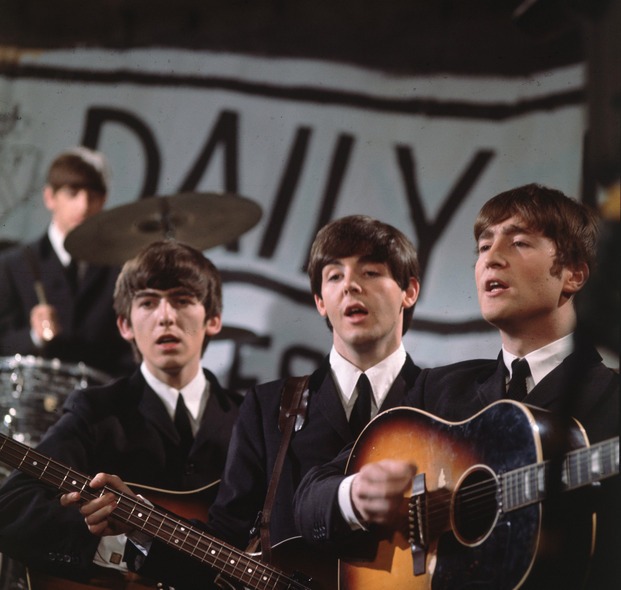 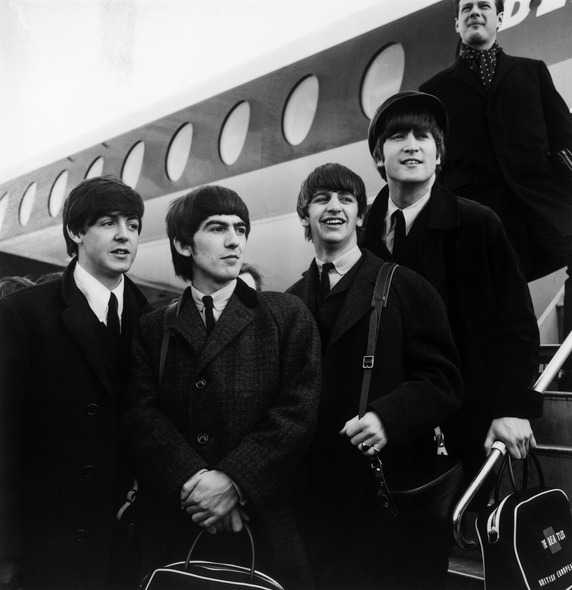 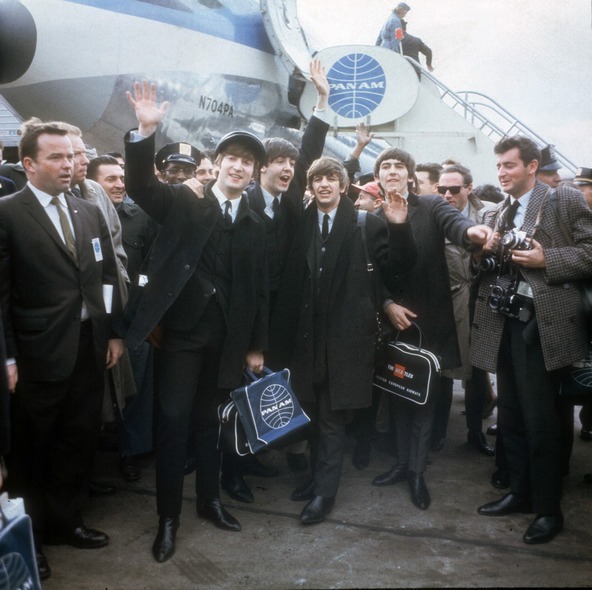 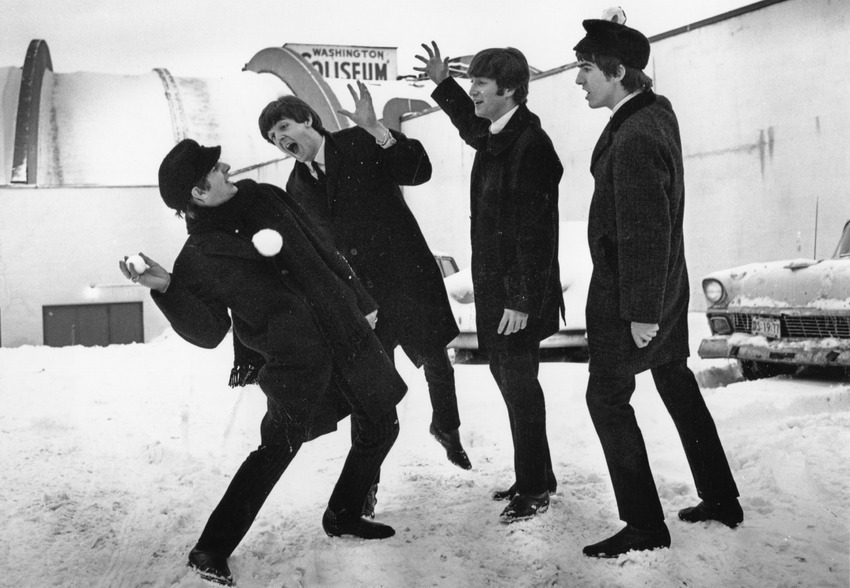 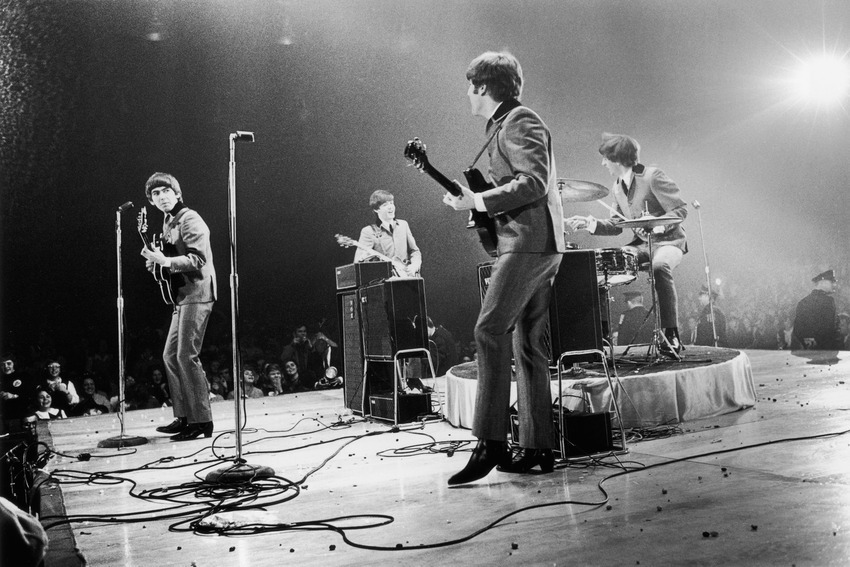 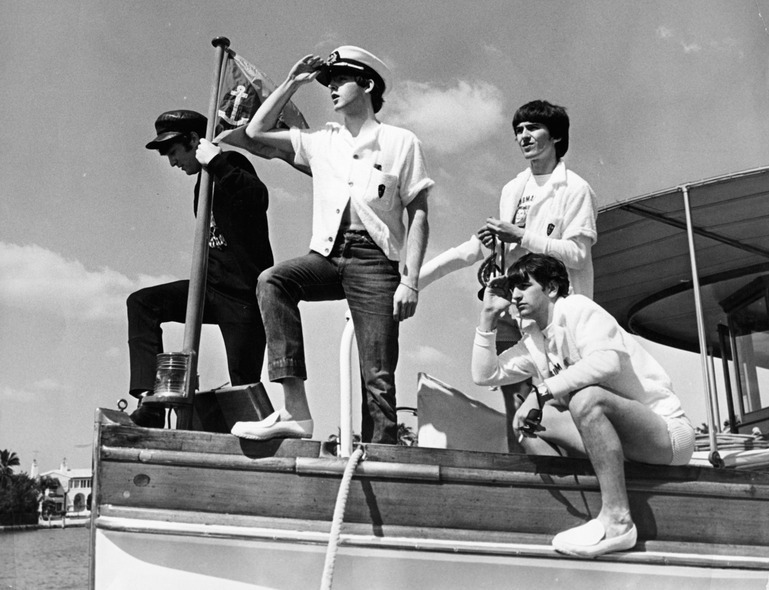 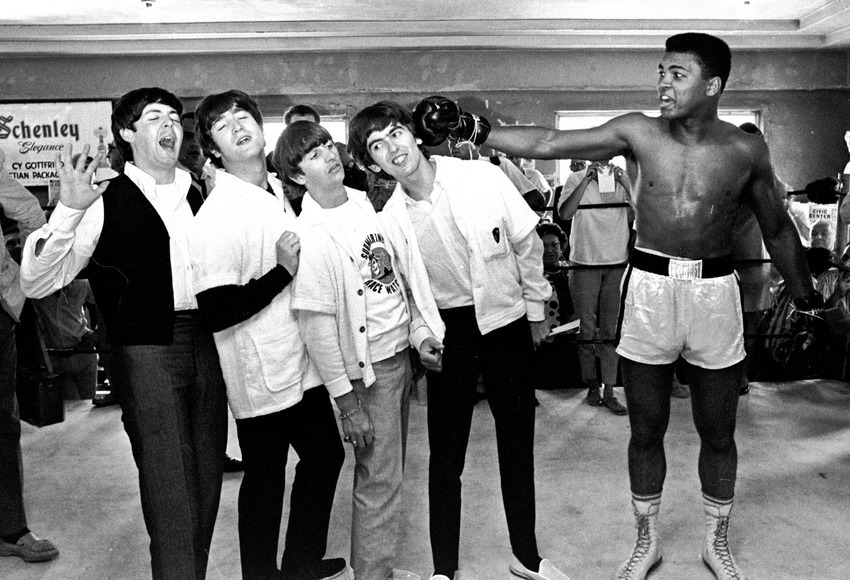 Feb. 18, 1964: The bands take a fake blow from Muhammad Ali, while visiting the heavyweight contender at his training camp in Miami Beach. 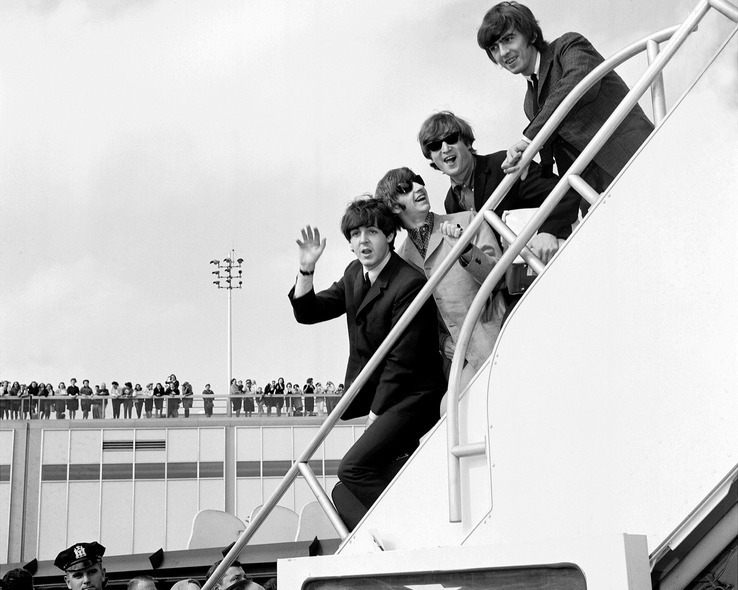 Farewell: Fans line the rooftop at Kennedy International Airport after their second American tour of the year. 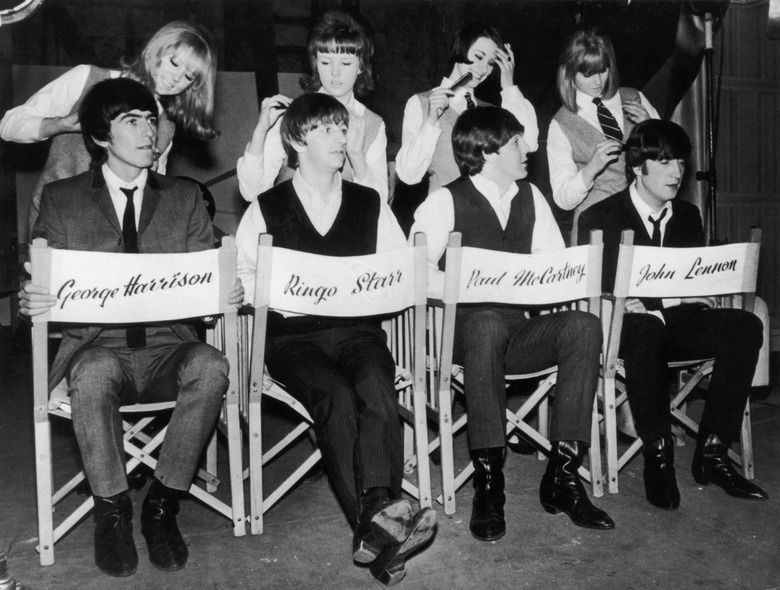 Hair care: The lads have their famous hair styles tidied up on set at Twickenham Studios. 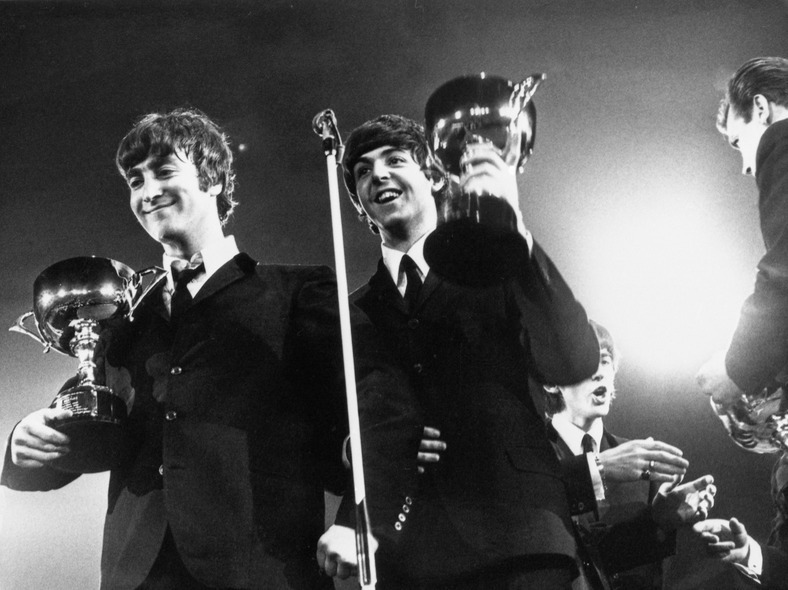 April 26, 1964: Lennon and McCartney hold their Poll Winners trophies as Harrison reaches to collect his award from actor Roger Moore, at the Empire Pool in Wembley. 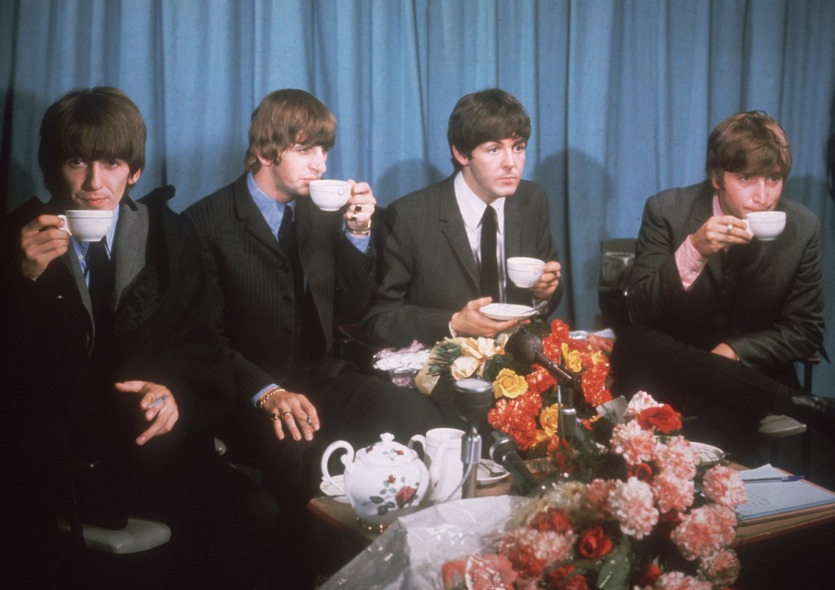 July 2, 1964: The Beatles at a press conference at London Airport, following a tour of Australia. 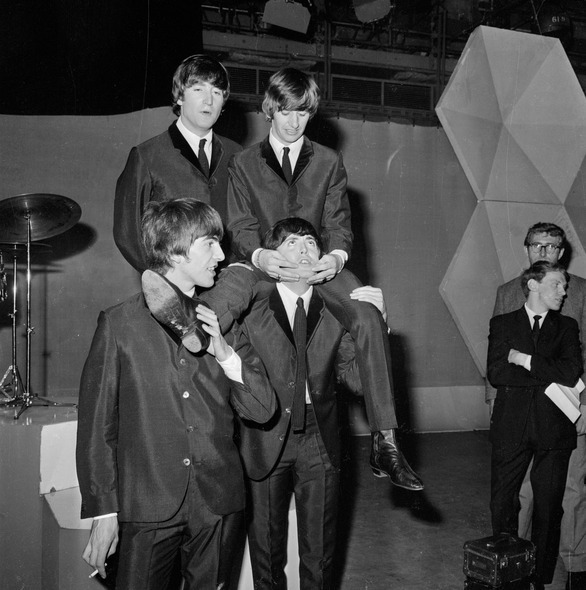 July 7, 1964: McCartney, Harrison and Lennon of give drummer, Ringo Starr, the bumps on his 24th Birthday. 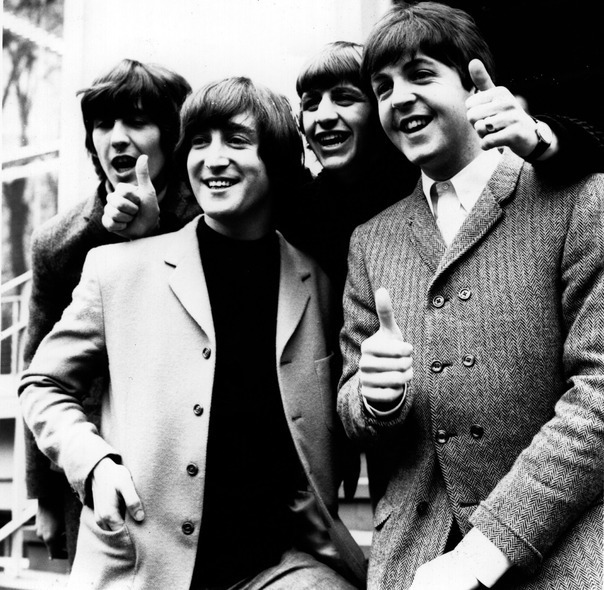 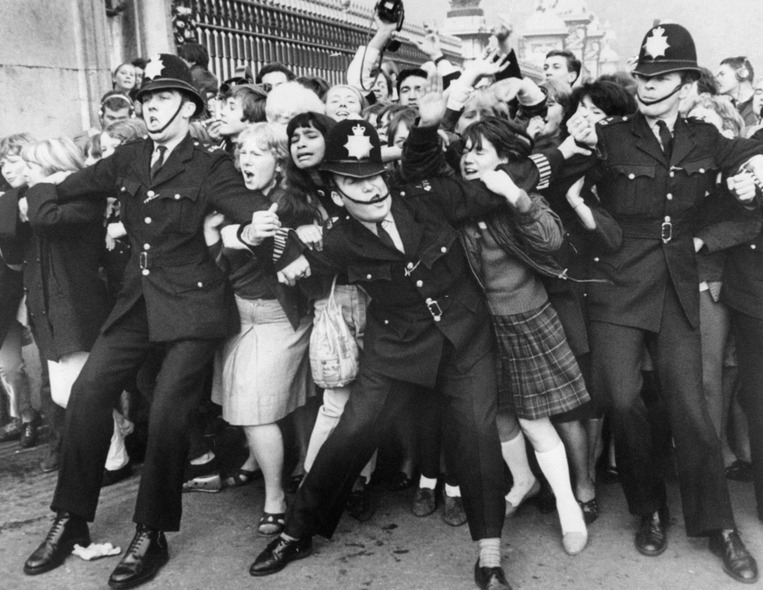 Oct. 26, 1965: Fans try to break through a police line at Buckingham Palace in London. 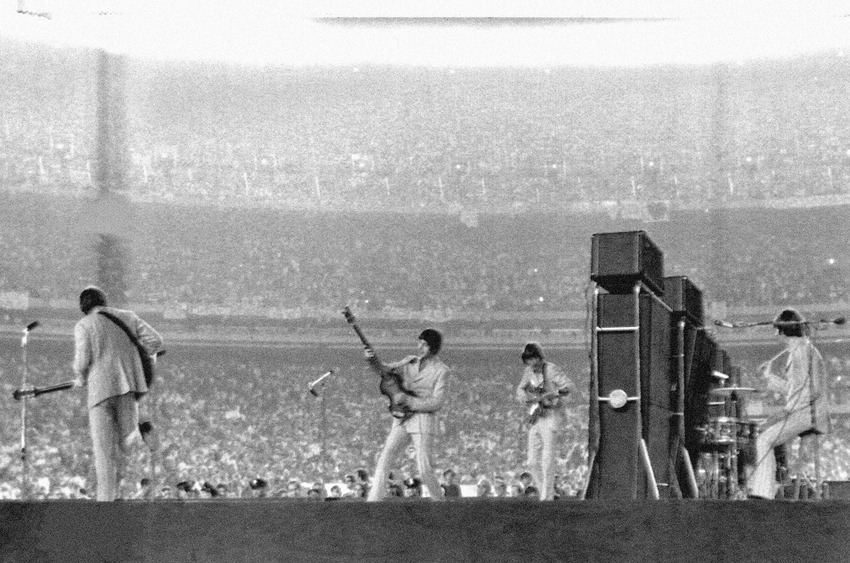 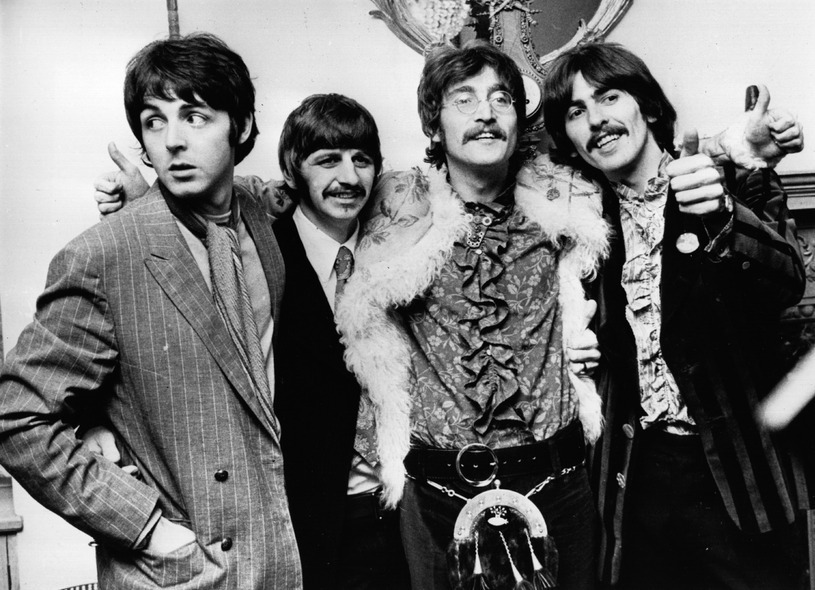 May 19, 1967: Press conference celebrating completing their new album, 'Sgt Pepper's Lonely Hearts Club Band', at a  held at the west London home of their manager Brian Epstein on 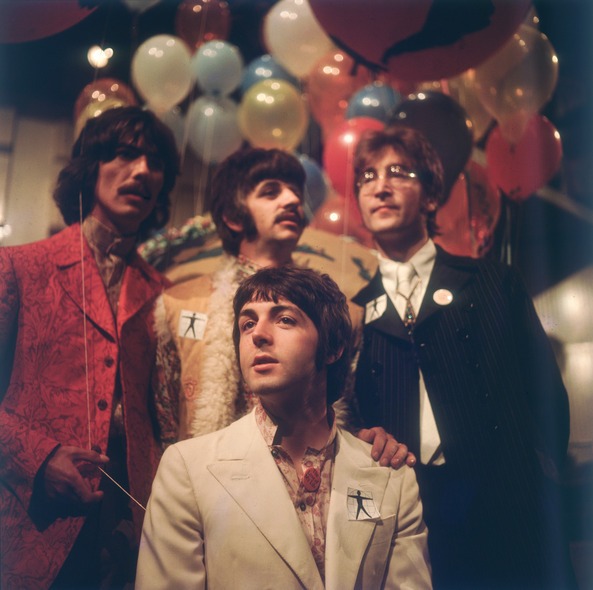 June 26, 1967: At the EMI studios in Abbey Road, as they prepare for 'Our World', a world-wide live television show broadcasting to 24 countries with a potential audience of 400 million. 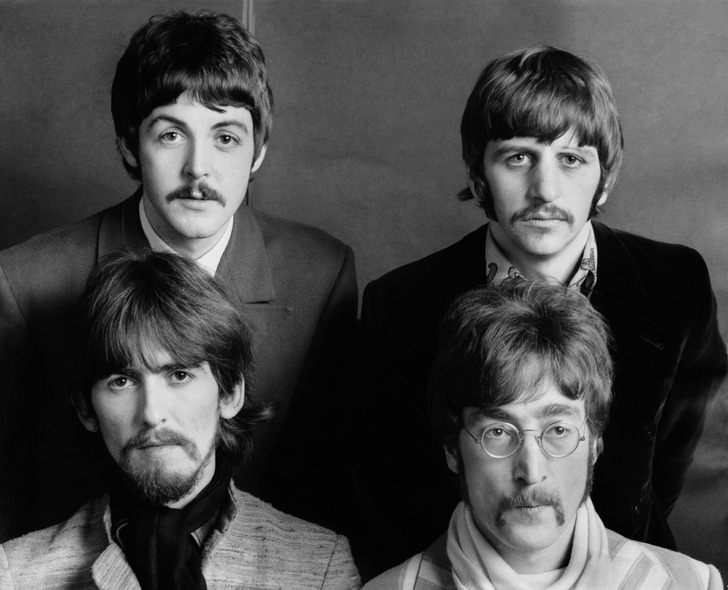 Aug. 2, 1967: At that time, they stopped their concerts, wore the moustache and announced their separation despite their last album to come, Abbey Road. 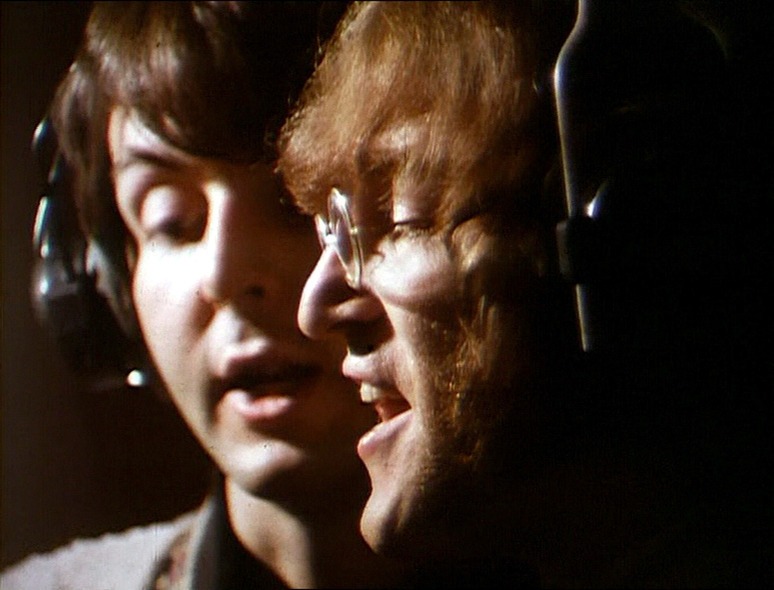 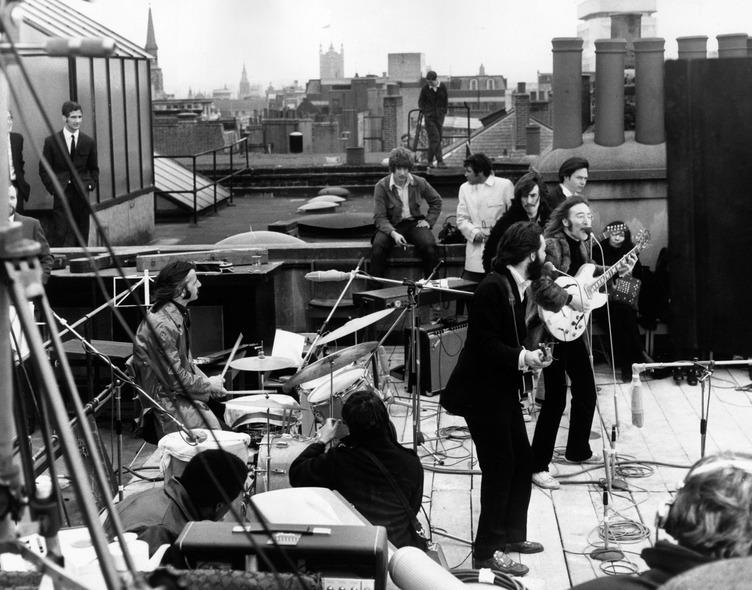 Jan. 30, 1969: The Beatles performing their last live public concert on the rooftop of the Apple Organisation building for director Michael Lindsey-Hogg's film documentary, 'Let It Be,' on Savile Row, London. 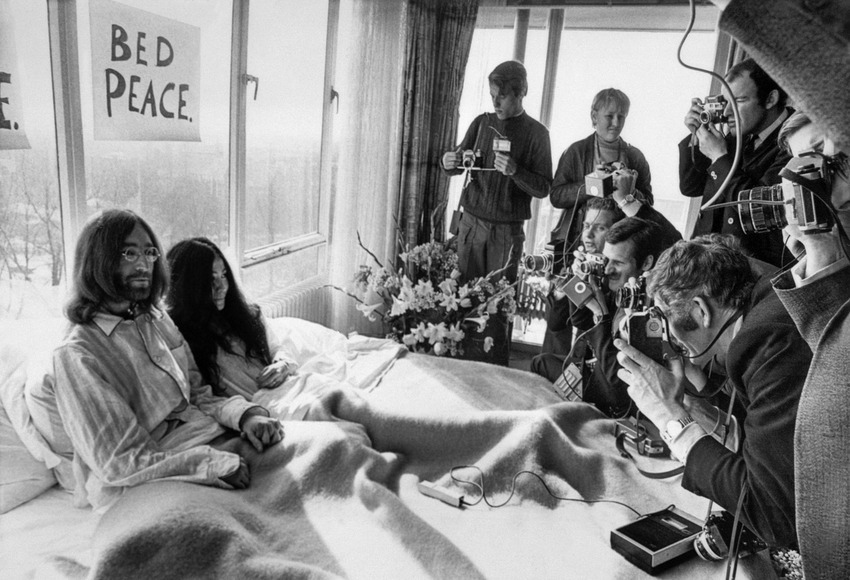 March 25, 1969: Beatles member John Lennon (L) and his wife Yoko Ono receive journalists in the bedroom of the Hilton hotel in Amsterdam, during their honeymoon in Europe. 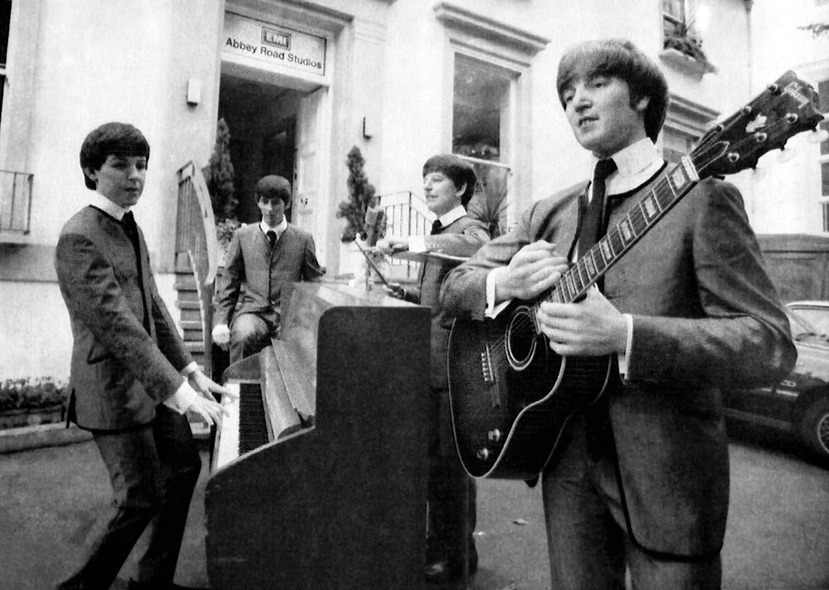 Sept. 26, 1988: Four wax models of The Beatles are seen outside the famous Abby Road recording studios in London. The models were set-up to celebrate the launch of a new book about the Abbey Road studios, in which The Beatles form the main part.

popular
Anne Heche has been removed from life support
Paige Thorne breaks her silence on Jacques O'Neill drama
11 year old girl rescued off island in west Cork
Top tips for keeping your fake tan on for longer as the weather heats up
Love Island producers respond to claims Jacques was kicked off the show for "bullying"
Met Éireann extends high temperature warning for Ireland this weekend
Ekin-Su Cülcüloğlu signs the biggest fashion deal in Love Island history
You may also like
1 month ago
Adele fans have 'mad respect' for her after she stopped her Hyde Park gig to help someone in distress
1 month ago
Lizzo pledges $1 million for Planned Parenthood and abortion funds
1 month ago
UK lined up to host Eurovision 2023 after organisers rule out Ukraine show
1 month ago
Sinéad O'Connor cancels all live dates for 2022 due to "continuing grief"
2 months ago
Joker 2: Lady Gaga reportedly in talks to play Harley Quinn in sequel
2 months ago
All you need to know if you're going to Beyond The Pale this weekend
Next Page