A study at the University of Groningen in the Netherlands has said a simple way for women to boost their libido is to wear socks in bed.

Researchers found that 80% of women involved were able to achieve orgasm when they were given socks to wear, compared with 50 per cent when barefooted.

In addition to the sock revelation, there are other mundane things we do every day that can have a significant impact on our sex lives.

Couples who have a TV in their bedroom have sex half as often as those who don’t, according to a 2006 study of 523 Italian couples. 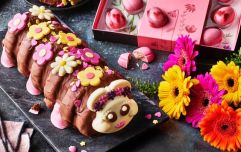 END_OF_DOCUMENT_TOKEN_TO_BE_REPLACED

The study also found that what you watch can play a role in your sexual relationship: violent films and reality TV were the biggest passion killers.

Certain medications can also have an effect on libido for example, blood pressure tablets.

‘If you take a tablet for your blood pressure and you stop being able to get erections within two to four weeks it’s probably the drug, but if it’s after a year or two it’s more likely to be a circulation problem,’ says Dr Graham Jackson, a cardiologist and chairman of the Sexual Advice Association

‘Diuretics tend to be the drugs that cause problems by decreasing the force of blood flow into the penis. But angiotensin receptor blockers, which are also taken for high blood pressure, actually help sex lives — women’s as well as men’s. 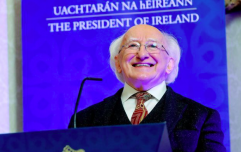 END_OF_DOCUMENT_TOKEN_TO_BE_REPLACED

Even something as simple as a messy bedroom can have a negative impact in the bedroom. The mess and clutter can kill the romantic mood.

‘Women, more so than men, are prone to cognitive distractions — thinking of other things in ways that interfere with sex,’ says Debby Herbenick, author of Because It Feels Good: A Woman’s Guide to Sexual Pleasure and Satisfaction.

Libido varies hugely from person to person, but if you’ve noticed a change in desire, or sexual function, it’s worth investigating because it could be a sign of a physical or mental health issues, says Dr Michael Perring, a GP specialising in sexual medicine.

Girls With Goals || Her · Ep.156: 'Beauty Returns' - Rebecca O'Keeffe is BACK and we're talking about viral beauty trends
popular
Palace source says THIS incident on the tour of Australia upset Meghan's staff
Tried and tested: I tried the viral TikTok mascara hack to see if it really works
Here's the average age people lose their virginity around the world
"I have a name:" Nicola Coughlan wants us to stop talking about actors' weight
Why Are Men so Obsessed With Boobs? The Answer is Pretty Surprising...
Staff working at Kensington Palace have a VERY harsh nickname for Meghan Markle
If you constantly have a cold nose, this could be the reason why
You may also like
2 weeks ago
First-time buyers in Dublin : This virtual First-Time Buyers Masterclass will kickstart your mortgage
2 weeks ago
Otter cubs wandering the streets looking for their mother have been rescued
2 weeks ago
Yellow weather warnings in place for another 24 hours
3 weeks ago
More snow en route for Dublin as status yellow weather warning continues
3 weeks ago
Children in Direct Provision are being forgotton about when it comes to education
3 weeks ago
Lockdown lovers: You can now get The Westbury's ‘Bubbles and Cake’ experience at home
Next Page