We love a creative marriage proposal but they can be hard to get right.

I think we're all in agreement that a super-public proposal like at a concert or via flashmob is a little much, so what's a guy to do to pull off a grand romantic gesture?

Well, lets put it like this - if your other half wrote a scientific paper on the subject of refrigeration, how long would it take you to get around to reading it? 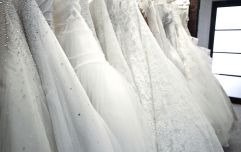 END_OF_DOCUMENT_TOKEN_TO_BE_REPLACED

That's pretty much exactly how a proposal went down last year.

A line from the acknowledgements reads;

"Rui Long wants to thank, in particular, the patience, care and support from Panpan Mao over the passed years. Will you marry me?"

The proposal was spotted and tweeted last week by Jess Wade, a physics researcher at Imperial College London. 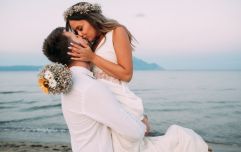 END_OF_DOCUMENT_TOKEN_TO_BE_REPLACED

"Romance is not dead, it's just behind a paywall," she wrote.

Thankfully, it sounds like Panpan is a solid girlfriend and actually read the paper.

Fair play to Rui for such a lovely gesture -  thank God it worked out.

popular
Laura Whitmore addresses negative Love Island comments
Upcoming X Factor documentary to expose "bullying and exploitation"
John McAreavey reveals baby number two is on the way
Coco Lodge has released her Love Island audition tape
Top tips for keeping your fake tan on for longer as the weather heats up
Congrats! Ailbhe Garrihy is expecting her second baby
Why Are Men so Obsessed With Boobs? The Answer is Pretty Surprising...
You may also like
2 months ago
Bonnie Ryan shares more details from Italian wedding
1 year ago
Brides-to-be to protest at Government Buildings in call to increase wedding guests to 100 people
1 year ago
Aldi is giving away €5,500 to one couple who has postponed their wedding due to Covid
1 year ago
All wedding guests must be gone by 11.30pm in accordance with new guidelines
2 years ago
"One and done" Bonnie Ryan on finding the perfect wedding dress during lockdown
2 years ago
Micro-weddings: The Covid-19 must for couples who simply can't wait
Next Page