A discovery Sherlock himself would be proud of.

2017 won’t even be a day old by the time the new series begins, but the return of Sherlock is already shaping up to be one of the TV highlights of the year.

It’s so popular that it hardly needs much promotion (the BBC are doing plenty of good work on that front as it is), but in a remarkable turn of events that will help hype the series even more, it has emerged that its star, Benedict Cumberbatch, is actually a distant relative of the creator of the original Sherlock Holmes, Sir Arthur Conan Doyle.

Genealogy detectives working on behalf of Ancestry.com made the discovery purely out of their own inquisitiveness, which was sparked by their love of the BBC series. 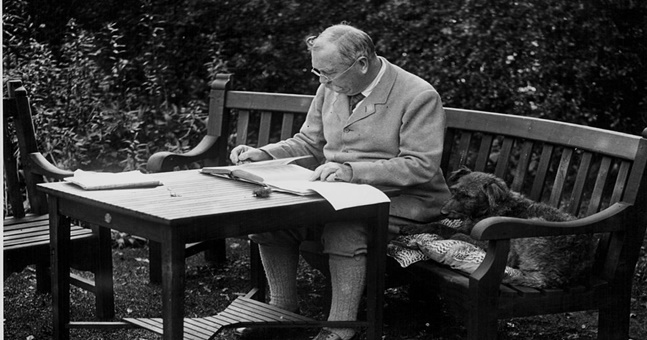 And distant relative is probably putting it mildly.

END_OF_DOCUMENT_TOKEN_TO_BE_REPLACED

The researchers discovered that Cumberbatch and Arthur Conan Doyle were 16th cousins, twice removed, so even if they were alive at the same time (Doyle died in 1930), it’s not as if they’d be inviting each other to Christmas dinner or anything like that.

"Making family history connections is similar to piecing together a mysterious puzzle, one that the great Sherlock Holmes himself would be intrigued to solve," said Lisa Elzey, a family historian at Ancestry, who have not informed Cumberbatch of the connection.

It’s nice to know but it will hardly make much difference to Cumberbatch if they were to do so; we think we’re safe in saying Doyle is probably not the only 16th cousin that Cumberbatch isn’t familiar with.

popular
Deborah James "scared to go to sleep" as she receives hospice care
First Dates Ireland is officially looking for new singletons to join the show
Traditional names such as Mary, Maureen, John and Michael may soon be extinct
Tributes paid after Love/Hate actor Stephen Clinch dies aged 52
Irish mum shares "harrowing" experience after kids almost abducted in Turkey
Wagatha Christie: Rebekah Vardy storms out of court just 30 minutes into final day
Wait, is Maura Higgins in a new relationship?
You may also like
10 hours ago
This Is Us stars say goodbye to show after emotional final episode
5 days ago
WATCH: The trailer for Everything I Know About Love is finally here
5 days ago
The Toy Show Musical is looking to cast young girl in lead role
1 week ago
Derry Girls fans in bits following emotional season finale
1 week ago
Harry Styles to become next star to read a CBeebies bedtime story
1 week ago
Season 3 of Bridgerton will be all about Penelope Featherington
Next Page