Welcome to the world! A gorgeous little rhino calf has been born at Dublin Zoo

Dublin Zoo is delighted to announce the birth of a southern white rhinoceros calf. Experienced mum, Ashanti gave birth to the healthy male calf at 4.30am on February 10th after a 16-month gestation period. The calf is estimated to weigh approx. 50kg.

The youngster is Ashanti’s seventh calf and becomes the newest member of the seven-strong herd (also known as a crash) in the African Plains, including father Chaka.

Lucky visitors will be able to get a glimpse of mother and calf by looking through the window into the Rhinoceros House.

Dublin Zoo currently takes part in a European breeding programme for southern white rhinos. It is estimated that 18,000 of these animals exist in the wild and the majority are found in South Africa, Zimbabwe, Namibia and Kenya. Poaching for rhino horn, incorrectly believed to have medicinal qualities, is the most significant threat to the wild population. 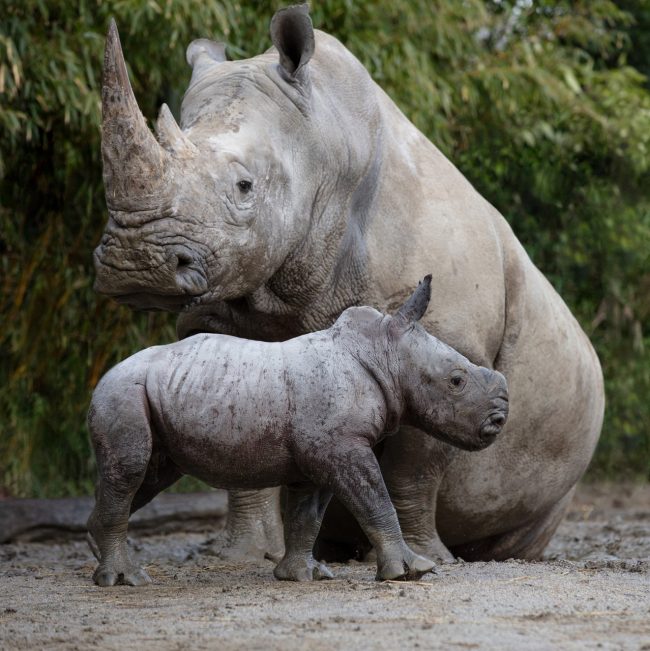 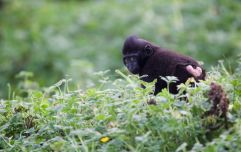 END_OF_DOCUMENT_TOKEN_TO_BE_REPLACED

Helen Clarke-Bennet, team leader of the African Plains said: “We are absolutely thrilled to welcome another rhinoceros calf to Dublin Zoo. These animals were on the verge of extinction in the 20th century.

"Ashanti is an excellent mother. She and the calf share a strong bond, and it has been wonderful to watch them play together. We’re looking forward to watching him integrate with the rest of the herd.”

Dublin Zoo, a not-for-profit organisation, is open seven days a week from 9.30am- 5pm in February and 9.30am- 6pm from March - September. For further information on Dublin Zoo visit www.facebook.com/dublinzoo, www.dublinzoo.ie.


popular
Zara's €20 top comes in eleven different colours and it's the cosy comfort we need
Season 16 of Grey's Anatomy begins in Ireland tomorrow night and the excitement is real
Meghan and Harry issue statement following Donald Trump's Twitter comments
These €26 Zara trousers are the next best thing to tracksuit pants (and they come in three colours)
What the hell is going on with Houseparty?
'You've been great' It looks like Harry and Meghan just shared their final Instagram post
Documentary featuring inspirational influencer Jade McCann is available for pre-release now
You may also like
4 months ago
Dublin Zoo are offering half price on adult tickets until the end of 2019
5 months ago
Dublin Zoo is looking for elves to work with Santa this Christmas
5 months ago
There's a new (and very cute) baby gorilla at Dublin Zoo
5 months ago
Dublin Zoo offering half price tickets this weekend for World Animal Day (again!)
5 months ago
There will be half price entry into Dublin Zoo for two days this week
6 months ago
A baby giraffe has just been born in Dublin Zoo
Next Page