"Police told women not to go out at night this week. Women are not the problem."

Sarah Everard disappeared on March 3rd. After leaving her friend's flat in Clapham, London, she began her journey back to her home in Brixton. The expectation that she would get home before 10pm turned to concern when she never arrived.

Sarah's friends reported her missing, telling police that it was out of character for her not to contact anybody. Following some days of searching, police announced that they had arrested a man - a serving police officer - in connection with Sarah's disappearance. He was later re-arrested on suspicion of murder.

END_OF_DOCUMENT_TOKEN_TO_BE_REPLACED

This week, social media has been awash with grief, frustration, fear, and anger. Since the news of the policeman's arrested following Sarah's disappearance, women living near the Clapham area have reported feeling unsafe and scared.

But they have also reported feeling tired - of being sexually assaulted, sexually harassed, attacked, and killed. Of being told to never walk home alone at night, when women are still being attacked during the day. Of being urged to stay inside after dark, when women are not the ones doing the attacking. 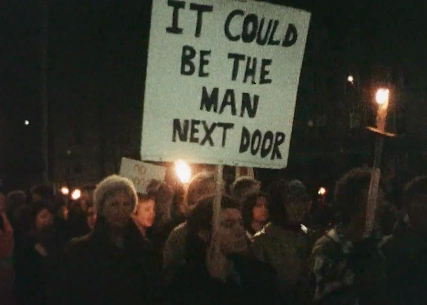 Those who watched Netflix's recent true crime docu-series about the Yorkshire Ripper will be familiar with the UK's first campaign to Reclaim the Night.

END_OF_DOCUMENT_TOKEN_TO_BE_REPLACED

Amidst Peter Sutcliffe's reign of terror in which he killed at least 13 women, protesters took to the streets to demand that the rhetoric around women's safety be changed.

Carrying placards reading 'It could be the man next door,' Yorkshire's young female population did their utmost to reclaim the night and instead, place blame on the man who was doing the killing, not the women who were just living their lives.

Their campaign came after local police enforced a curfew on women, telling them to stay indoors at night, never walk home alone, and ensure they travelled with male friends for protection.

In the early 80s, the police thought they were doing women a favour. They warned them of the dangers, and left it up to them to protect themselves. If you went out at night and got murdered, it was your own fault. You were told not to, after all. 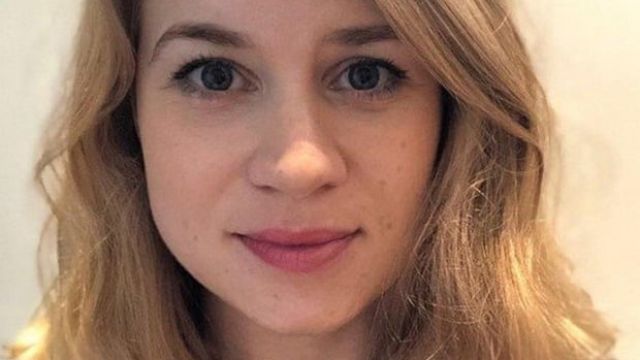 END_OF_DOCUMENT_TOKEN_TO_BE_REPLACED

40 years on and while a lot of the attitudes around crimes against women have shifted, echoes of the conversation have a tendency to remain the same. She was abused in her home. Why didn't she leave? She was assaulted on a night out. Why didn't she fight? She was murdered on her way home from a friend's house. Why was she out walking that late?

Sarah Everard did everything she was told to do. She stayed on a main road. She went home before midnight. She called her boyfriend to let him know she was leaving.

At the time of writing, the remains discovered in the Kent woodland have yet to be identified. Following reports that the discovery was made, a vigil was organised in Sarah's honour - but also in honour of the thousands of other women who fear walking alone at night, and those who never made it home.

"It's wrong that the response to violence against women requires women to behave differently," said organisers. "In Clapham, police told women not to go out at night this week. Women are not the problem.

"This is a vigil for Sarah, but also for all women who feel unsafe, who go missing from our streets and who face violence every day."

popular
"You can’t imagine what it feels to have had a baby and yet feel like you didn’t"
The Lion King is returning to Dublin next year
Kate Garraway gives heartbreaking update about Derek's health
Bad Sisters stars snap back at New York Times article that called them British actors
Nicola Coughlan lands "lifelong dream" role as she gets cast in Oliver Twist
TikTok star Megha Thakur dies 'suddenly' aged 21
Revealed: The correct date you should be putting up the Christmas tree
You may also like
2 weeks ago
Iran has issued the first death sentence for protesting
3 weeks ago
Iranian actress Taraneh Alidoosti removes headscarf in social media post
3 weeks ago
Government's five-day domestic violence leave plan criticised
1 month ago
Meteor shower to be visible over Ireland tomorrow
2 months ago
Tayto Park has been renamed Emerald Park
2 months ago
Gardaí investigation underway as baby skeletal remains found in Cork
Next Page